The ECB’s Bridge Too Far 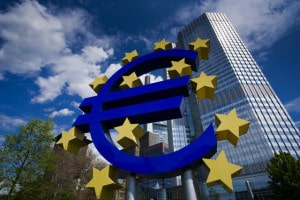 Is Europe’s economic crisis mutating once again? If debt fears are now being superseded by the danger of deflation, as recent data suggest, the European Central Bank has its work cut out for it – and there is nothing to suggest that it is up to the task.

The numbers are alarming. Core inflation (the consumer price index after excluding volatile food and energy prices) in the eurozone fell to an annual rate of 0.8% in October – a 47-month low – while producer prices fell by 0.5%, suggesting that deflation is already in Europe’s economic pipeline. Annual growth of M3 money supply, meanwhile, dropped to 1.4% in October, from an already dismal 2% in September, while loans to the private sector contracted by 2.9% year on year. All of this makes it remarkable that the best the ECB could do at its December meeting was stand pat.

The views expressed on AustrianCenter.com are not necessarily those of the Austrian Economics Center.
hayek_admin2019-01-14T06:40:43+01:00