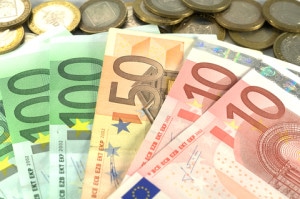 Politicians are using the European Union and the euro currency to raise their profile and popularity by blaming them for national ills. This scapegoating diverts attention from the real issues. But Europe’s politicians lack the courage and vision in the short term to take the major step to leave the EU or the euro currency.

Eurosceptics are becoming more vociferous as economic growth in Europe is virtually zero and fears loom about possible future crises. Public opinion in some EU countries, such as the UK, blames the EU’s entire regulatory architecture. In others, like Italy, France and Greece, critics are more inclined to blame the euro and advocate a system of national currencies. But no country is likely to leave the EU in the near future. Most Europeans like paternalistic policymaking, safety nets, and guarantees and the EU meets these needs. Quitting the euro raises different issues, and is realistic only for countries on the verge of bankruptcy and which the ECB no longer supports. This too is unlikely in the short term when European leaders lack the vision and ideological commitment to take action.

EUROSCEPTICS in the European parliament have had little impact so far, three months after their success in the May 2014 European elections.

New regulations are being churned out unabated and Brussels’ requests for centralised and enhanced policymaking intensify virtually unopposed.

However, discontent about the European institutions keeps rising at local level. The outcry ranges from pleas to quit the European Union, and possibly renegotiate the terms of association, to uproar against the euro. The anti-EU feelings are more deeply rooted in countries in which national sovereignty is deemed essential, whereas anti-euro feelings are widespread in economies affected by the crisis.

The UK and Italy are typical examples of such situations, respectively. Data is difficult to obtain, but observers agree that although the majority in the UK would vote against leaving the EU, most British citizens would be happy to renegotiate membership terms – the so-called ‘zero plus’ road map which means starting negotiations from a clean sheet.

Similarly in Italy, a third of the population would like to see the lira back in circulation but the vast majority of Italians are deeply unhappy with the European common currency and believe the euro project is seriously flawed.

So what should we make of this, is the future of the EU and the euro in doubt? Could new forms of political and monetary union see the light during the next three or four years or are the anti-EU/euro currency feelings just window-dressing, and a tool for local politicians to use to divert attention from their own failures? Is this a way for politicians to capture the electorate’s resentment before it coalesces around new political competitors?

It is likely that hardly anyone would complain about the EU and the euro if the economic situation were more encouraging and growth prospects a little brighter. The average European does not seem to care very much about international relations, trade treaties or monetary policy – areas in which the EU has performed rather poorly.

EU regulation is heavy and pervasive. Nonetheless, the typical voter considers it a guarantee to his health and safety, a defence against predatory big business and a powerful advocate of egalitarian fairness, rather than a threat to entrepreneurship and economic growth.

The EU and the euro remain ideal candidates for as long as scapegoats are needed to take the blame.

Dissatisfaction with the European authorities and/or with the leading EU countries will stay with us for years, but it does not mean that Europeans really intend to question the essence of the projects they are criticising.

The pattern on which the European Union has shaped its institutions over the past decade will not change significantly in the near future and our prediction about stability rests on two arguments.

First, in general, Europeans like egalitarianism – they do not object to redistribution, and favour an extended welfare state. Much of the Keynesian, aggregate-demand recipes to jump-start growth in the EU are popular because they give the illusion that we can have growth without downsizing government intervention.

The only exception to this general vision has been Sweden, which made important reforms when it became clear that the government budget was unsustainable. The welfare state in Sweden has always been different from that in most European countries. The Swedish model has been akin to a mutual agreement to help each other. It has hardly ever been a populist instrument to attract irresponsible voters.

Presumably, the EU welfare state will not be very large given the relatively modest resources at its disposal. The question over what kind of welfare state the EU is bringing about – Scandinavian or Mediterranean – is moot.

The essential idea is that the welfare state implies a transfer of responsibility from the individual to a central authority, and the EU falls squarely within this cultural and mental framework.

National pride prevents a transparent transfer of resources from the taxpayer to Brussels at present, but it will not prevent Brussels from telling national governments what to do with those resources. We argue that most people will be happy with that prospect.

Second, the EU has tremendous inertia. Political leaders usually lack the ideological strength required to undergo the tensions and difficulties implied by secession, in a world in which democracies often punish candidates who have statesmanship and reward the ability to communicate regardless of what is actually said.

Inertia means that secession requires hard work with uncertain long-term returns at best. Few politicians have the vision to go down that road so proposals to renegotiate EU treaties are probably meaningless.

This is especially true if they are like the ‘zero-plus’ strategy put forward by Martin Howe, the British EU-law expert who created the expression, and to whom UK Prime Minister David Cameron has recently paid some attention.

Mr Howe’s simple but powerful ‘zero plus’ strategy proposes that negotiations for the UK to remain in Europe start from zero – a clean sheet on which Britain’s arrangement with Brussels would be established going forward.

So what about the euro? Is it realistic to assume that some countries will drop out of the eurozone over the next few years?

The answer to this question originates from a simple observation. Those who advocate quitting the euro are usually the same people who intend to solve the problem of public debt by monetising the debt – printing the money required to buy newly-issued bonds and/or to reimburse the old bonds reaching maturity.

From this perspective, however, the euro-future of a number of countries in a critical state – such as Greece, Italy, Portugal and possibly France – will be defined by the European Central Bank rather than by their national governments.

If the central bank guarantees the troubled countries’ solvency and keeps interest rates low with cheap debt-service, then there is no need to default or quit the euro. But if the ECB decides otherwise, and lets the troubled economies go to the bottom, then the national policymakers have two options. They can default, so that the treasury bills outstanding become worthless and the debt vanishes in a heartbeat. Or, they can quit the euro and monetise the debt.

If these countries suffer from a primary deficit – where spending net of the interest payments is greater than revenues – then defaulting will not be enough, and printing money by newly-established national central banks will be necessary to finance the new deficit.

We believe it is unlikely that a country will quit the euro spontaneously, regardless of public opinion, given the presence of institutional inecalrtia and the lack of political courage. However, pressure from the ECB may force a country to quit and this could happen, for example, when the monetary priorities of the bank change.

The current institutional environment characterising the EU and the euro seems stable. National leaders may take advantage of rising discontent at home to increase their popularity and/or to prevent potential competitors from taking advantage of unmet populist demand. These national leaders may see resentment against the EU or the euro as a way of enhancing their bargaining power in Brussels or Strasbourg. But it takes strong ideas and firm leadership to take a historical decision and neither are present in most of Europe today.