The Feminism of Ludwig von Mises 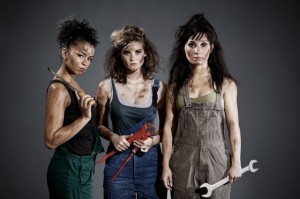 by Jeffrey Tucker and Cathy Reisenwitz

While Ludwig von Mises is well-known as a revolutionary in economics, his efforts to revolutionize the makeup of economists is not as familiar to most of his fans. He sought to help the world understand that although they were discounted and pushed out of academia, if allowed, women could offer tremendous value to the study of scarcity.

His was the academic world of interwar Vienna, one of the most vibrant and revolutionary in the world. Out of this cultural mix came some of the most brilliant thinkers of the twentieth century and the intellectual movements that still shake our world. Freud, Mahler, Spann, Machlup, Wittgenstein, Neurath, Schumpeter, Morgenstern, Mises, Hayek, Weber, Weiser, Popper . . . their names and legacies make waves to this day.

The interdisciplinary mix of ideas and influence gave us marginalism in economics, mathematics in the social sciences, modernism in music, positivism in methodology, psychotherapy in the study of the mind, and preserved the general spirit of liberalism in an age that saw it dissipating nearly everywhere else. Liberalism was a central theme in every sphere: economics, arts, sciences, politics, and relations between the sexes. No area was left untouched, and advances in one area spilled over to other disciplines.

But one notable fact stands out about this otherwise patchwork quilt of high-level academic giants: Women were not welcomed in academia. Only in 1897 were women even admitted as students in philosophy at the University of Vienna. Medicine and law came later. But this was only as students. Advanced degrees were still taboo. To be a professor: impossible.

While women were flourishing in literature and in popular writing and music, the barriers remained high in official institutions. Then, as today, the market paved the way toward an inclusive society while the academy lagged behind the culture. This meant that women were effectively prevented from being credentialed and hence were blocked from ever being considered serious contributors to the world of ideas.

The great intellectual entrepreneur Ludwig von Mises was dedicated to changing this. He knew what it was like to experience exclusion. Despite tremendous academic achievements and access to the great minds of his day, Mises was never able to obtain a position at a university—and he was hardly alone in this plight. It took the completion of a full treatise on money in 1912 to get an unpaid position at the university. Meanwhile he had to pay the bills; he worked first at a law firm and then later at the chamber of commerce.

Even before women were allowed into the program in 1919, Mises taught a course on banking at the university in which most of the students were women from the department of philosophy. It was the excluded professor teaching the marginalized students. This experience must have had a big impact on him: He began writing his book Socialism at this time, in which he addressed (among other things) the way capitalism became history’s major force for liberating women from violence, as well the claim of socialists that collectivism was the only authentic path toward women’s liberation.

Instead of ceding to collectivists the essential conversation about how to overcome cultural and institutionalized sexism, Mises took the problem seriously and offered his own solutions. And Mises’s argument on gender equality sounds revolutionary even today.

Woman’s struggle to preserve her personality in marriage is part of that struggle for personal integrity which characterizes the rationalist society of the economic order based on private ownership of the means of production. . . . All mankind would suffer if woman should fail to develop her ego and be unable to unite with man as equal, freeborn companions and comrades.

His reconstruction of the history of sexual relations puts a fine point on what the principle of violence meant for the status of women in history. Here he sounds positively Friedanian (see Betty Friedan’s 1963 book The Feminine Mystique written a half century ago):

Unlimited rule of the male characterizes family relations where the principle of violence dominates. Male aggressiveness, which is implicit in the very nature of sexual relations, is here carried to the extreme. The man seizes possession of the woman and holds this sexual object in the same sense in which he has other goods of the outer world. Here woman becomes completely a thing. She is stolen and bought; she is given away, sold away, ordered away; in short, she is like a slave in the house. During life the man is her judge; when he dies she is buried in his grave along with his other possessions. With almost absolute unanimity the older legal sources of almost every nation show that this was once the lawful state of affairs.

Under the law of violence, writes Mises, the result is subjugation.

The principle of violence recognizes only the male. He alone possesses power, hence he alone has rights. Woman is merely a sexual object. No woman is without a lord, be it father or guardian, husband or employer. Even the prostitutes are not free; they belong to the owner of the brothel. The guests make their contracts, not with them, but with him. The vagabond woman is free game, whom everyone may use according to his pleasure. The right to choose a man herself does not belong to the woman. She is given to the husband and taken by him. That she loves him is her duty, perhaps also her virtue; the sentiment will sharpen the pleasure which a man derives from marriage. But the woman is not asked for her opinion. The man has the right to repudiate or divorce her; she herself has no such right.

This is a devastating criticism of all forms of State power but socialism in particular. In practice, socialism means not the empowerment of workers or the collective ownership of the means of production. It means the central role of the State in the organization of all economic and social spheres of society. And as Mises explained many times, the state only has one means at its disposal: violence over person and property. Therefore, to advance socialism as a policy means to elevate violence as a principle and hence, indirectly, to restore the relations between men and women to a precapitalist position in which violence (and not contract) was the basis for association.

In other words, it was precisely because capitalism freed women from violent relationships as a social norm that he favored it as an economic system. Capitalism is, in practice, the way to realize the vision of feminism in practice. In this sense, Mises says, “so far as Feminism seeks to adjust the legal position of woman to that of man, so far as it seeks to offer her legal and economic freedom to develop and act in accordance with her inclinations, desires, and economic circumstances—so far it is nothing more than a branch of the great liberal movement, which advocates peaceful and free evolution.”

For Mises, this deep conviction was not just a theory but something to put into practice. Therefore, when he was in a position to do so, Mises actively promoted the interests of women in academia, insofar as he was able. Biographer Jorg Guido Hulsmann explains:

Mises was one of the few men in a leadership position who actively promoted young female intellectuals. Lene Lieser, Marianne Herzfeld, and others wrote their doctoral dissertations under his supervision. Lieser, Herzfeld, Ilse Mintz, Martha Stephanie Braun, Elisabeth Ephrussi, and others were regular members of his private seminar. It is true that he could get none of them a professorship—he could not do this even for his male students, or even for himself. But he could help some of them to obtain one of those coveted jobs that earn a living while allowing the pursuit of intellectual interests. Again this was the case with Herzfeld and Lieser, both of whom were employed at the Association of Austrian Banks and Bankers.

Each of these women became accomplished in a field of study—economics, translation, art history—their value as professionals seen and cultivated by Mises himself in defiance of deep traditions that shut women out of such careers.

Consider the irony here. If you ask anyone on the contemporary left about Ludwig von Mises, they have a quick answer about who he is. He is that reactionary old man from Vienna who imported capitalist ideology to the United States after the war, a man who looked backward in time with the desire to bring back nineteenth-century-style institutions and culture. But the reality is different. In the global hotspot of progressive ideas in 1920s Vienna, he stood out as a progressive as regards women’s rights: “one of the few men in a leadership position who actively promoted female intellectuals.”</s