The Future of Bitcoin Exchanges 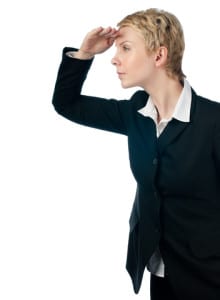 A major selling point for Bitcoin is its ability to transfer money directly between two entities (peer-to-peer) without the need for a trusted third-party such as a bank. Virtually all electronic payments today require (ultimately at least) the transfer of the ownership of deposits with banks. The settlement of such payments between banks takes the form of transfers of bank balances with the central bank. Peer to peer transfers have cost advantages (if the costs of preventing double use are less than those of the services of the trusted third parties) and confidentiality advantages (though a ledger record of every transfer of bitcoins is publically available). The difference between Bitcoin and bitcoin and other features of the system are explained in my earlier blog: “Cryptocurrencies: The bitcoin phenomena”.

As with bank deposits or mobile phone deposits, Bitcoin must also provide some means for paying cash in to the Bitcoin system and of getting it out. Banks have teller windows or ATM machines. Bitcoin now also has a few ATM machines and organized gathering places for individuals wanting to buy or sell bitcoin to meet. But the overwhelming convenience of buying and selling them through an exchange has resulted in most in and out transactions taking place through exchanges.

One of the oldest and largest of these exchanges, Mt. Gox in Japan, recently declared bankruptcy as the result of misplacing or otherwise losing about 850,000 bit coin (valued at about $470 million at March 1 prices). Mt. Gox had bitcoins in its care (as a pure exchange it would only have its own bitcoin capital for trading purposes) because it was also a depository or wallet. Apparently the software for individuals dealing in bitcoins is not particularly user-friendly. As a result, many have chosen to deposit their bitcoins with trusted third parties to hold and transfer on their behalf. As these depositories do not lend or invest these bitcoins, they are not required to be licensed as banks. 750,000 of Mt. Gox’s missing bitcoins belonged to (i.e. were owed to) such depositors. It is still unclear whether Mt. Gox’s bitcoins were stolen or misused by Mt. Gox. “Hackers allegedly stole 400 million in bitcoins-here’s how to catch them” WP 2/28/2014.

This seemingly devastating development has not yet killed interest in bitcoin. While the price quoted by Mt. Gox (which tracked closely the price index published by Coindesk until February 8) fell from $1,236.90 on December 5, 2013 to $130.95 when in closed on February 28, the Coindesk index for all exchanges has “stabilized” in the neighborhood of $600. A debate has broken out among bitcoin supporters over whether exchanges and depositories should be regulated in order to strengthen public trust in them and what sort of regulation would be helpful.

“I think a regulatory solution would do more to increase ordinary consumer confidence in Bitcoin and its institutions than one that is purely market driven or industry led. I am well aware of all the challenges that regulatory solutions have, but if Bitcoin is to become a mass market product, then it will require measures to lift confidence from those who will not understand a technology solution that their BTC is safe. I advocated against new BTC specific regulation at Lawsky’s hearings last month, but I now think that some sort of regulation covering customer funds security may make sense if there is going to be a BitLicence.”

Reliance on trusted third parties, such as exchanges and depositories, requires trust in their honesty and competence. The question for bitcoin and other cryptocurrencies is how such trust can be best developed. Bank and financial service industry regulators care about the safety and soundness of banks and the financial sector. Unfortunately, however, much of the regulatory concern with cryptocurrencies has to do with Anti Money Laundering and the Combating of the Financing of Terrorism (AML/CFT), a well-meaning but almost totally wasteful effort to fight crime by making it harder to spend the proceeds of crime by monitoring the use and users of money. See “Report Global Surveillance of Dirty Money” 1.30.2014 for a very critical evaluation. Regulatory bodies also have a disadvantage in promoting the safety and soundness of regulated entities deriving from the natural timidity and caution of bureaucrats.

The P2P technology reflected in or inspired by Bitcoin may evolve in unforeseen ways if allowed. It might, who knows, transform payments as we now know them (I am referring to Bitcoin—the means of payment—not bitcoin the currency, for which I see no future). “Our Flawed Financial System is Reflected in Bitcoin” March 2, 2014, FT. Unnecessary or overly restrictive regulations could prevent that. If the internet and the World Wide Web, whose potential few of us imagined twenty years ago had been regulated beyond addressing and messaging protocols, we might be stuck with something like the French Minitel, an ahead of its time State designed and run digital forerunner of the WWW. Not able to keep up with the exploding features of the Web, Minitel was retired in 2012.

Tax treatment will also be important. Payment transactions (as opposed to investments) are not generally taxed. Thus it is encouraging that the UK has just ruled that bitcoin trades will not be taxed. “Britain to scrap VAT on Bitcoin trades” FT 3/3/2014 . My assessment remains that bitcoin will not succeed as a private money, but that Bitcoin and Bitcoin like means of payment have exciting promise to further improve and lower the cost of making payments and transferring money. We would be wise to allow any such potential to develop.

The views expressed on AustrianCenter.com are not necessarily those of the Austrian Economics Center.
hayek_admin2014-03-04T15:28:22+01:00