The Income Tax: A Century Is Enough 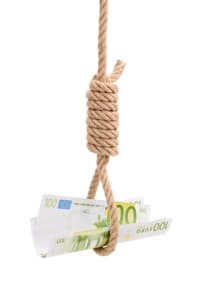 Alexander Hamilton won in the end. As Treasury Secretary in the 1790s he championed an array of “internal” taxes to supplement federal revenues from import tariffs. Thomas Jefferson despised Hamilton’s internal taxes as assault on liberty, and when elected in 1800 he made sure that they were abolished.

The Jeffersonian view held sway for decades, but by the late 19th century the growth in government and concerns about high tariffs led to calls for new revenue sources. The first income tax was imposed to fund the Civil War and lasted until 1872. Another income tax was imposed in 1894, but it was struck down by the Supreme Court as unconstitutional.

At the turn of the 20th century, the rise of Progressivism and the Democratic opposition to high tariffs generated support for an income tax. President William Howard Taft proposed a Constitutional amendment for an income tax in 1909. It was passed by the House and Senate, and then ratified by the states in early 1913. Congress got to work on legislation, and the modern income tax was signed into law by President Woodrow Wilson exactly 100 years ago today, October 3, 1913.

“It’s time to scrap the income tax and replace it with a consumption-based flat tax.”

That’s when the problems started. The 16th Amendment allowed for “taxes on incomes, from whatever source derived,” but it did not define how “income” should be measured. It turned out that defining “income” is a tricky matter, and liberal and conservative economists and policymakers have never agreed on how to do it. The many economic interest groups affected by the tax have different views as well. The result of all the disagreement is that we’ve had a constantly changing and increasingly complex tax code.

The number of pages of federal tax rules soared from 400 in 1913 to 73,954 today, according to CCH Inc. Unlike a product in the marketplace that improves over time — like the century-old automobile — the government’s income tax has become ever more inefficient and damaging. After 100 years, it is a bigger challenge than ever to create a simple, pro-growth structure for federal taxation.

The key problem is that liberals have favored an expansive definition of income that is anti-growth and punishing to savers and investors. The liberal “Haig-Simons” income has been the starting point for our income tax, and it includes all labor income, capital income, and even various non-cash items such as the implicit rent from owning a home. It also includes the accrued value of all capital gains, whether the gains are realized or not.

That is a very impractical base for taxation. Taxpayers with little cash-flow, for example, cannot afford to pay an annual capital gains tax on their accrued, but not realized, gains. As a result of such impracticalities, policymakers have adopted a plethora of ad hoc rules to fix the Haig-Simons income tax base, which further increases complexity.

Another problem with the Haig-Simons income tax is that it penalizes frugal people and rewards the spendthrift. That’s because earnings are taxed a second time when saved, but immediate consumption does not face a further tax. This makes no sense because savers are the chief benefactors of economic growth because their money flows to the nation’s new and expanding businesses.

Fiscal conservatives have fought back over the decades with an alternative view of the proper federal tax base. In the early years of the income tax, economist Irving Fisher argued that “income” is best measured by the flow of services consumed from existing capital. Thus it should not include changes in the value of capital (capital gains) nor additions to capital (savings). Fisher argued that Haig-Simons income erroneously mixed current income with additions to capital, creating a complex and distorted mess of the tax code.

Fisher was right. In recent decades conservatives and libertarians have championed consumption-based taxation, which is basically the tax structure that Fisher envisioned. The Steve Forbes and Dick Armey flat taxes, for example, have consumption bases. Under such a base, savings and investment would not be double-taxed, and thus economic growth would be maximized.

Perhaps the greatest recent champion of tax reform was former Princeton economist David Bradford. He made powerful arguments that consumption-based taxation would be much simpler than the current income tax. Some of the most complex parts of the income tax, such as capital gains and depreciation rules, would disappear under the flat tax. Consumption taxes have more coherent tax bases than income taxes, and thus would not require all the ad hoc rules.

We haven’t succeeded in scrapping the income tax yet, but fiscal conservatives have moved the system more toward a consumption base. Provisions such as 401(k)s and Individual Retirement Accounts, for example, help to reduce the punitive treatment of savings under the income tax.

But much more needs to be done. Thomas Jefferson noted of internal taxes that they “covered our land with officers and opened our doors to their intrusions.” That’s certainly true of the income tax. Indeed, Jefferson would be horrified by the power of today’s IRS to break down our doors and seize our property, and he surely would have led a revolt on seeing the powers added to the IRS under Obamacare.

The Jeffersonian goal of abolishing internal taxes seems distant, but we can make the federal tax system much simpler, more efficient, and respectful of limited government. After a century, it’s time to scrap the income tax and replace it with a consumption-based flat tax.

The views expressed on AustrianCenter.com are not necessarily those of the Austrian Economics Center.
hayek_admin2014-04-16T09:56:46+02:00