The Investment Paths of 2016, Part II: From Risks to Opportunities

Much ado about nothing may end up being not just a Shakespeare play but also the reality that will sink in after the Fed starts raising short term rates. All those talks, analyses, papers, assessments, and myriads of opinions about the terrible effects that the rate hike might have on the economy may just be as hilarious as Shakespeare’s comedy and as entertaining as his subliminal lines on shame, unsubstantiated beliefs, tricks, and self-deception.

Let’s take a look at what happened to the ten-year Treasury yield last time the Fed started a hiking cycle. 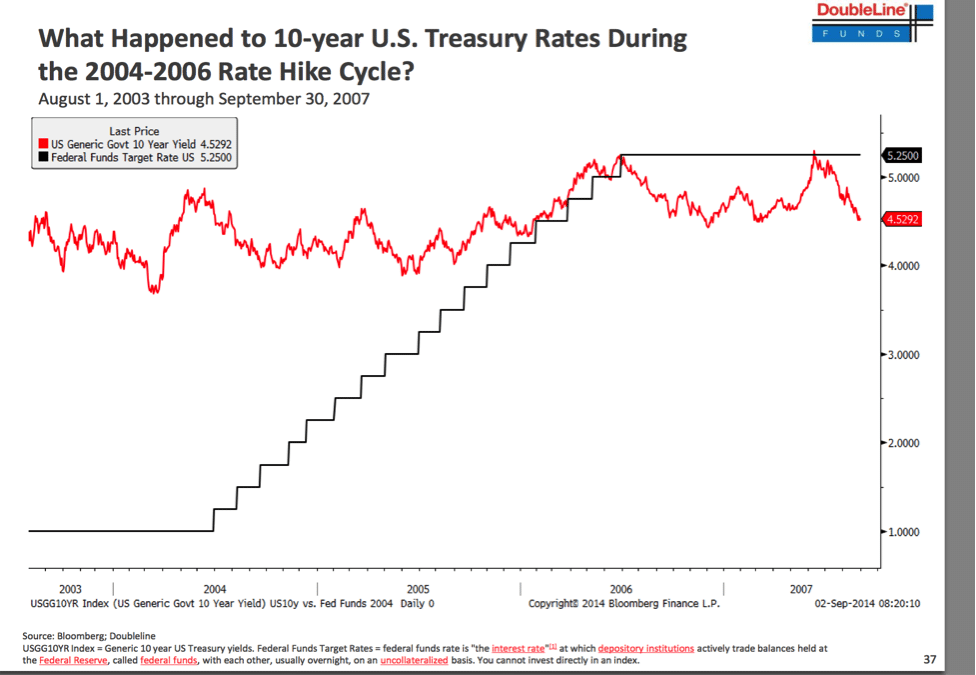 What happened to the rate? Almost nothing! The Fed took the short term rates from 1% to 5.25% and the long term rates stayed almost the same. We do not expect the situation to change much this time around. Moreover, given the anticipated slow pace of the Fed’s hikes, we would not be surprised if the long term rates fall a bit from their current levels, especially as the Fed lends its balance sheet to the primary dealers through reverse repos.

Early in 2015 and following the Davos conference, we presented in Geneva a post-Davos assessment of what we expected in 2015. Top among our expectations were higher volatility, fragility and uncertainty. We also spoke of our concerns about illiquidity in the bond markets, staying away from emerging markets, and diverging yields between investment grade and junk bonds, at a time when geopolitical risks will be rising (feel free to email us if you want to see that presentation).

As we enter a new year, we believe that volatility will subside during 2016 while emerging markets fears (despite a potential devaluation of the Chinese currency) will also be reduced. There are three reasons for such anticipation: First, the anxiety about rate hikes will be taken out, especially after the markets see the smooth transition to “normalization”; second, the emerging markets collapse will not happen because they are better prepared to handle a shakeout; third, improved credit conditions will encourage higher consumer and capital spending. Furthermore, we would not be surprised if geopolitical tensions subside too, which in turn will boost the fertility of investment spending.

We maintain our position that the healthcare sector (including the providers) will continue doing well in 2016. The graph below (also from out 2015 post-Davos assessment) remains true and is getting stronger. 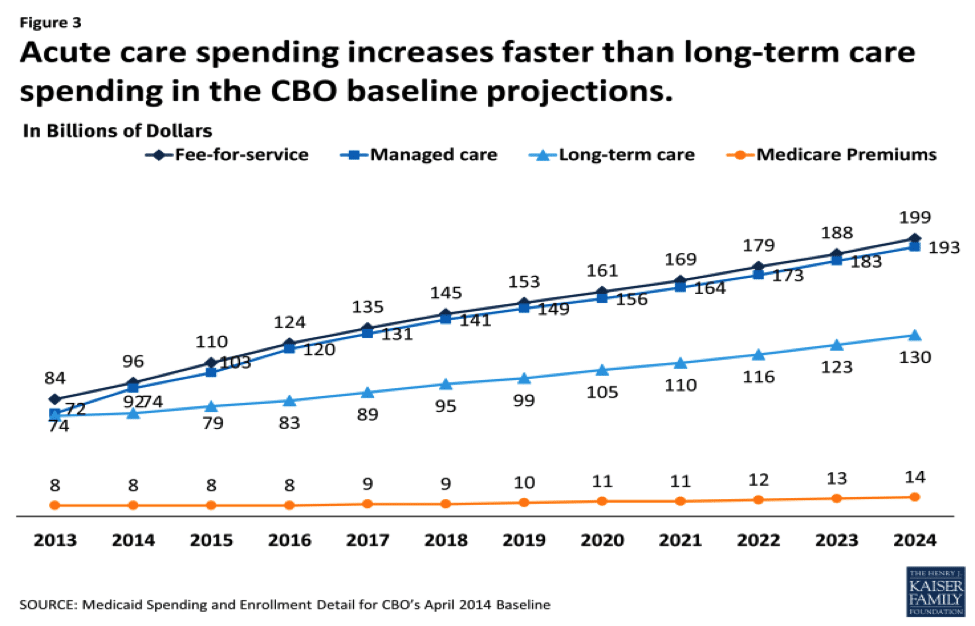 As internet traffic increases at astonishing rates, we believe that REITs related to data centers will benefit from this trend, while companies whose direct business is the trafficking of the internet look pretty promising in terms of buying opportunities.

We anticipate that the trough in the commodities cycle will stabilize as global growth stabilizes, which in turn means that there might be some opportunities in energy as well as precious metals (with the latter serving primarily an anchoring role in a portfolio).

The deleveraging of the US consumer will continue allowing for more discretionary spending, and hence that sector is expected to continue exhibiting strong growth potential. Financials should also benefit from rates “normalization.” Overall, we would say that the US is expected to show decent returns for equities and stable but low returns for bonds. The EU may end up offering a bit higher returns in the equities sector, given the accommodative monetary policy of the ECB, the cheap Euro, and low energy prices.

In Shakespeare’s comedy the couples end up getting married after all the misunderstandings are cleared up. Central bankers have done some wonderful things and some other not so great things. We may well think that we live in the times where centrally planned monetary policy will lead us to economic heaven. In early January 2013, we posted an older article by Chairman Volcker titled “The Triumph of Central Banking?” http://blacksummitfg.com/1568. We encourage our readers to review it again as the years beyond 2017 and 2018 may prove to demonstrate the limitations of the power of central banks.

The views expressed on AustrianCenter.com are not necessarily those of the Austrian Economics Center.
Federico Fernández2019-01-14T05:58:24+01:00