The Investment Paths of 2016, Part III: Ain’t Misbehavin’ and the Crossing of the Volatility Bridge

During most of 2015, investors had to worry about a Grexit, a China slowdown, a commodities bust, or a synchronized degradation of market expectations. At the dawn of 2016, we are of the opinion that a bridge is open that can put behind the volatility of 2015 and allow some calmness to return that will normalize expectations and returns. However, crossing that bridge has prerequisites that can only be met by policy decisions. Hence, if the decision-making process is normalized then the deflationary fears will subside (including a partial normalization of commodity prices) along with volatility and growth prospects.

Even if we were among the first to point out the Chinese excesses in 2010, we do not think that China will experience a hard landing in 2016. Its real growth rate will probably not exceed 4.5%, but this is good news because it cuts down on wasted capital and allows a smooth transition to take place while winding down non-performing loans (NPLs). As Chinese growth slows down and fears of a hard landing subside, oil prices are expected to stay low but higher than recent lows. That will translate into higher consumer spending which in turn could stabilize growth in developed economies and lift up indirectly households’ incomes while boosting capital spending, especially at a time when consumers in the US have deleveraged and increased their savings (see graph below).

As long-term rates converge between the US and the EU, and assuming that the right decisions are made regarding the abundance of NPLs in EU banks, we expect lending activity to increase in both continents,. Meanwhile the cards that Chinese and Japanese central banks will play will allow some calmness to return to Asia as emerging markets start to stabilize. Needless to say that the wasted and misallocated capital in China has not allowed a structural transformation to take place that would have enhanced the creation of a middle class. It is the same kind of misallocated capital that kept Japan in a state of limbo for close to twenty five years now.

The financial crisis depressed capital spending and the returns to capital in western markets. It is our expectation that both will return to more healthy levels in the US and the EU next year, especially if China devalues. We are of the opinion that declining commodity prices (see graph below) will become a force that will tick the global economy from a stage of instability to a stage of a stable disequilibrium with higher prospects for corporate earnings. 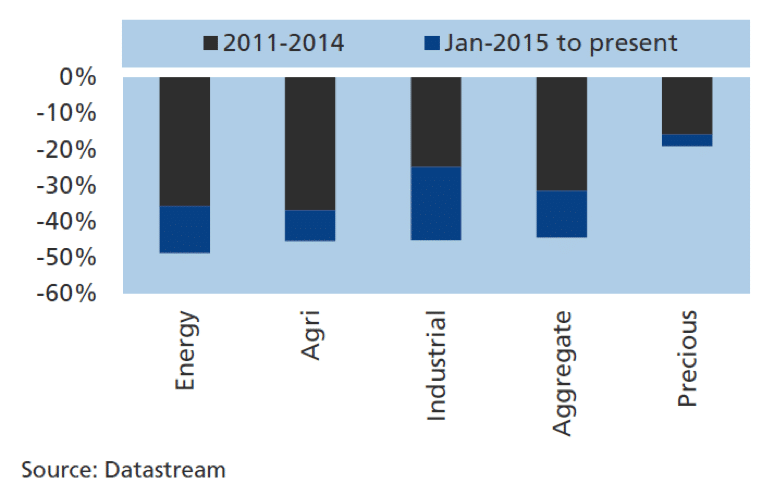 What we said about a consumer-led growth in the US could be said in the EU too, given the rising incomes as shown below. 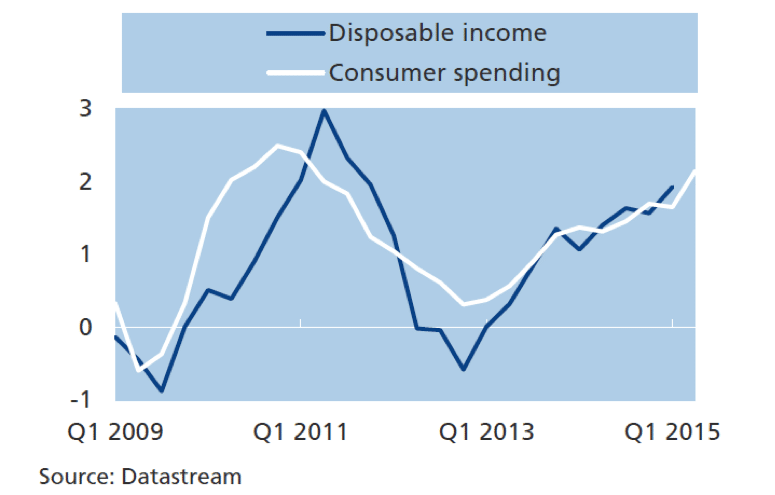 Moreover, economic sentiment, industrial production and services in the EU seems to finally getting on an upswing, as ECB data shows below. 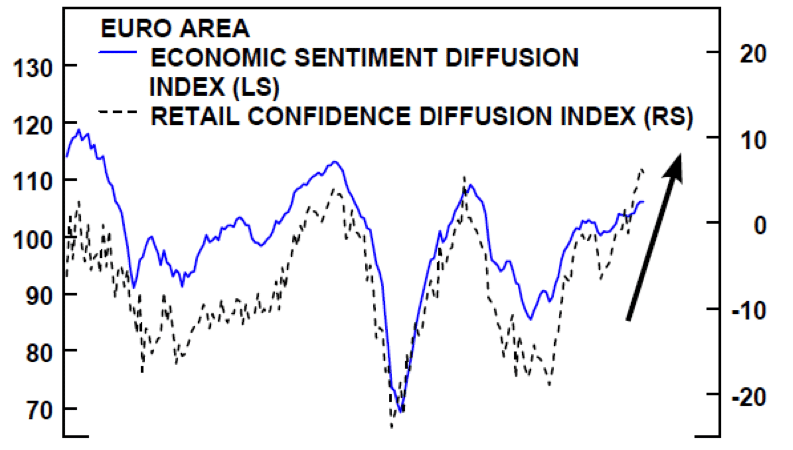 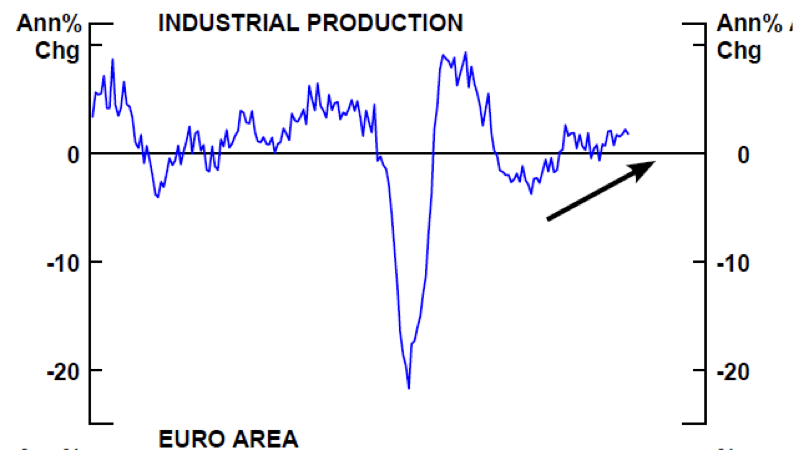 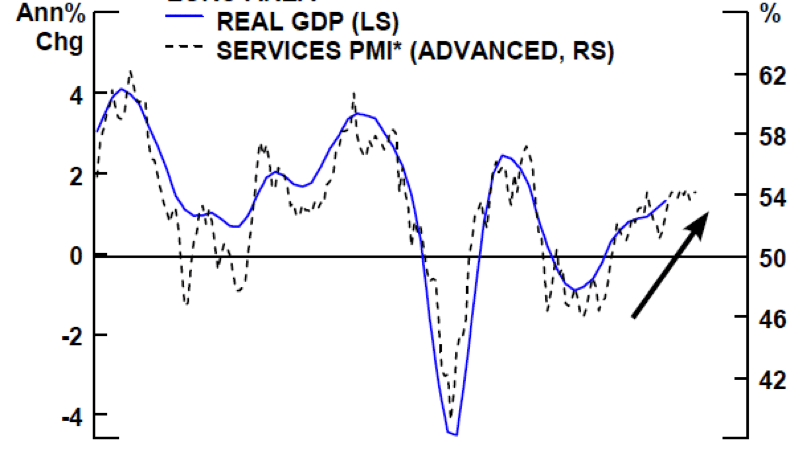 In 1929 during the intermission of the play titled Hot Chocolates, Louis Armstrong – who was the orchestra director – was asked to go to the stage and play solo that great song called “Ain’t Misbehavin.’” His performance is memorable and since then the song has been performed by numerous artists for close to ninety years. We only hope that the decision making process in 2016 won’t misbehave so that as normalization kicks in, some hope can be instilled that imbalances could be addressed in the not so distant future.