The lowdown down under 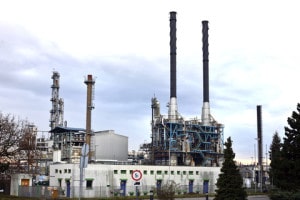 Two roughly parallel reviews of competition have been taking place in recent months, and will most likely continue into next year. One is in the UK and is focused on the energy industry, the second in Australia and includes energy, other utilities and virtually all other industries as well.

Australian minister for small business Bruce Billson MP provides some specifics of the competition review taking place in Australia: “The utilities, groceries and the automotive fuel markets will be some of the sectors of the economy which will come under scrutiny of the federal government’s ‘root and branch’ review of competition law… The system we are aiming for is one where competitive and efficient businesses – big and small – are able to flourish and prosper and engage in the commercial contest on merit and not on muscle.”

However, when it comes to the main source of “muscle”, Ron Manners, chair of West Australia’s Mannkal Economic Education Foundation, points the finger at the government itself.

He says: “Governments, at all levels, have lost track of the legitimate functions for which governments were set up in the first place. Government’s role is to protect its citizens’ lives and property against external forces and internal criminals, and to act as a referee. Not much else beyond that.”

How is the lack of competition manifest? It may come as a surprise to some, but the land of Oz has even bigger cost of living pressures than the UK. Billson remarks: “A key election commitment of the Abbott government was to put in place a broad and far-reaching review of competition policy to drive innovation and lower the cost of living.”

However, once again Manners holds the government responsible – in this case, for stifling competition and worsening living costs. He says: “Unfortunately, our governments have allowed themselves to be suckered into all sorts of vote-buying exercises to the point that the cost of government sits heavily on our shoulders and prevents us from being competitive and productive.”

In a recent interview in Utility Week, Martin Cave of the CMA remarked: “There seems to be a fair consensus that there is an opportunity, via a market reference, to really get to the bottom of what is going on.”

A CMA spokesman fleshes out the background detail: “Recently Ofgem conducted a competition assessment into the retail energy market. The assessment identified sufficient concerns for Ofgem to provisionally conclude that a full market investigation by the CMA would be warranted.”

He adds: “Ofgem will make a final decision in the summer. Should Ofgem decide to refer, the CMA will conduct the investigation with a new team and appoint independent panel members, who will carry out an in-depth comprehensive analysis of the market and approach the job with the ‘fresh pair of eyes’ that a Phase 2 investigation requires.”

According to Ofgem, competition in the energy market is not working well enough in the retail sector, and some problems may have worsened in recent years. Thus a spokesman says: “Our duty is to protect consumers’ interests, which is why we now propose referring the market to the CMA to ensure there are no further barriers to effective competition.”

Ex-energy regulator Stephen Littlechild, of Cambridge Judge Business School, says: “Regulators have been continually trying to discover new forms of regulation that better achieve their statutory objectives, while these objectives themselves have also been evolving.” However, he notes: “Until now, this rivalrous discovery process among alternative forms of regulation has been almost entirely a single-buyer model of competition.” Meaning regulators dictate the rules.

However, Institute of Economic Affairs (IEA) editorial and programme director Philip Booth observes that regulators are not entirely in control of competition rules. He says: “The first objective of any regulator should be to remove impediments to competition. Often the regulator will find that these are erected by government.” He adds: “There is a real danger that regulators will be captured by the industry and actually work against the promotion of competition.”

The UK’s world-leading competition and regulation economists, professors Cave, Littlechild and Yarrow, are certainly no strangers to Australia and the cross-­fertilisation of ideas between the two nations. In this regard, Littlechild points out: “There have been many and far-reaching changes in utility regulation since 1983. Except in the baleful case of Australia, where the regulator is not allowed to make changes in the form of regulation, these changes can be seen as reflections of a rivalrous discovery process.”

Former member of Ofgem’s supervisory board and current chairman of the Regulatory Policy Institute George Yarrow takes a different view. “What has struck me most in working in both Australia and Britain over recent years is the greater attention and effort devoted in Australian policy to improving the institutional structure that underpins competitive markets and market economies.

“In Britain by contrast, the policy emphasis is increasingly on quick fixes, prescribed by politicians or regulators and intended (usually unsuccessfully) to achieve specific and relatively qucik economic outcomes.”

As has often been said in the context of such reforms, competition is not an end in itself, but a means to an end. So, in the words of the minister responsible for the Australian review (and this applies to the UK as well): “It is essential we get our competition settings right to not only allow businesses of all sizes to prosper but to drive innovation and productivity to support higher wage growth and increased living standards.”

There are certainly interesting times ahead on both sides of the planet when it comes to greater competition in energy and other industries.
Darren Brady Nelson is an economist, writer and speaker from Brisbane Australia and Milwaukee Wisconsin, and is a regulation expert with the Heartland Institute of Chicago Illinois

The views expressed on AustrianCenter.com are not necessarily those of the Austrian Economics Center.
hayek_admin2019-01-14T06:17:31+01:00