The Making of a New India: The Election of 2014 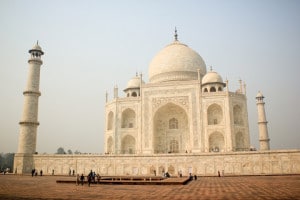 When India’s elections results were announced on May 16, no one seemed surprised that the National Democratic Alliance (NDA), led by the pro market Bharatiya Janata Party (BJP), had handily defeated the incumbent and long-ruling Indian National Congress (INC). The only surprise was that in the past thirty years a single party was achieving majority in parliament and they need not seek the support from regional parties in order to form a government. The INC, with only 44 seats (out of 543), had its worst performance in independent India, and the Left is on the verge of losing its status as a national party.

A big factor in the victory of BJP was the negative track record of the United Progressive Alliance (UPA), led by the INC. Especially in the last four years, that record was blemished by rampant corruption, stagflation, and misgovernance. Even though the alliance’s “rights”-based social policies — including the ‘Employment-guarantee scheme’, and the so-called ‘Right to Food’, ‘Right to Education’, etc. — increased purchasing power in the rural areas, these policies shattered fiscal management and the Indian economy. In the past, Indian elections were generally fought along caste and communal lines. However, this election was fought over the issue of development and growth which essentially promised more tangible second generation economic reforms if elected to power even though it gave way to communal considerations toward the end. The focus on development excited the business community and foreign investors eyeing the Indian market; they expected the results to revive economic growth. The vote shows that the voters wished to rid themselves of the policy paralysis. In the end, BJP leader and future Prime Minister Narendra Modi’s campaign had all the ingredients for the change voters were looking for.

Given the enthusiasm among young voters, we may conclude they are conscious of the changing political dynamic. The middle class and youth preferred the economic-development agenda to caste and communal politics. This obviously will be significant in the future.

The Modi government won’t be able to change India’s long-entrenched political system drastically or quickly. The new prime minister’s ability to make changes will be limited by the federal States, whose support he will need. Unfortunately, the need for decentralization and sound fiscal policies were non-issues during the campaign. Ending or limiting the previous government’s welfare policies will be difficult, no matter how necessary it is for strengthening the reeling economy.

All we have at this point are expectations. But one thing is certain: Modi cannot maintain his image as a right-wing Hindutva campaigner while laying down the red-carpet for local and foreign investors. Religious minorities (they are big in numbers) would seek security and protection of their rights from the Modi government and that would be the apprehension he has to resolve in a diverse country like India. A careful prediction is that Modi will initially focus on governance and internal stability without altering the economic fundamentals. But the business community will see this an improvement anyway if it means an end to the current tiff between monetary and fiscal authorities and pay more attention to how new investment may be attracted.

Even though the election results do not indicate an unambiguous mandate for liberal economic reform, the approval of the BJP indicates that India’s rendezvous with liberal democracy continues. Modi’s election may yet be comparable to Ronald Reagan’s thumping victory in 1980.

The views expressed on AustrianCenter.com are not necessarily those of the Austrian Economics Center.
hayek_admin2019-01-14T06:17:50+01:00