The Markets and the Search for a Refiner’s Fire: Staring in the Mirror

In chapter 19 of the Odyssey, Homer writes about Penelope’s encounter with a mysterious guest. “Falsehoods all, but he gave his falsehoods all the ring of truth. As she listened on, her tears flowed and soaked her cheeks as the heavy snow melts down from the high mountain ridges.” Later, in chapter 22, when the guest proves to be Penelope’s long-missing husband, Odysseus, and his fighting of Penelope’s suitors is almost done, Odysseus proclaims, “Fire first… Light me a fire to purify this house…Odysseus purges his palace, halls and court with cleansing fumes.”

Today (September 27th) marks the 389th birthday anniversary of one of the greatest orators that France ever had. When King Louis XIV was sitting in his Versailles Palace he had the privilege and the pleasure of listening to Jacques Benign Bossuet. The unfortunate thing is that Bossuet’s eloquence did very little good to the King’s and France’s affairs. His words and warnings went empty as they were bouncing to deaf ears full of complacency. “The honor of the world makes us attribute to ourselves all that we do, and ends by setting us upon pedestals like little gods”. Bossuet’s warnings were like a cleansing fire that no one was willing to accept.

We have been living in abnormal times since the financial meltdown of 2008. As we have commented numerous times in the past, the causes of the meltdown have not been addressed, and thus the need for a refiner’s fire. The bond market lives in bubble territory. The absurdity of negative interest rates and of new thinking that ignores fundamentals – let alone unfunded liabilities and the soon to arrive rising deficits – drives markets on edges where minor flips could create waves of instability. The fact that foreign central banks are unloading Treasuries could prove to be pivotal in the next 12-18 months. As the graph below shows foreign central banks are cutting back their holdings of US bonds for the last three consecutive quarters. 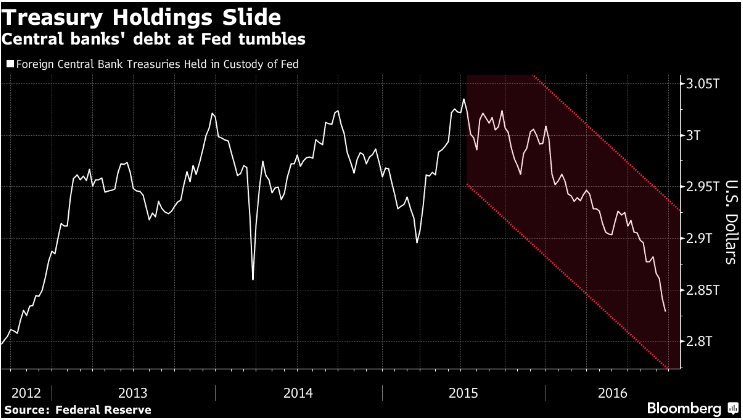 A bond market turmoil (especially in a market where almost $11 trillion dollars are tied up to paper with negative yields) could unleash quakes in interest rates which in turn will affect the equity markets and of course won’t let the commodities and alternative assets (such as real estate) unaffected. The table below shows the absurdity of negative interest rates even in countries like Italy and Germany where a banking crisis may unfold given the latest banking developments there. 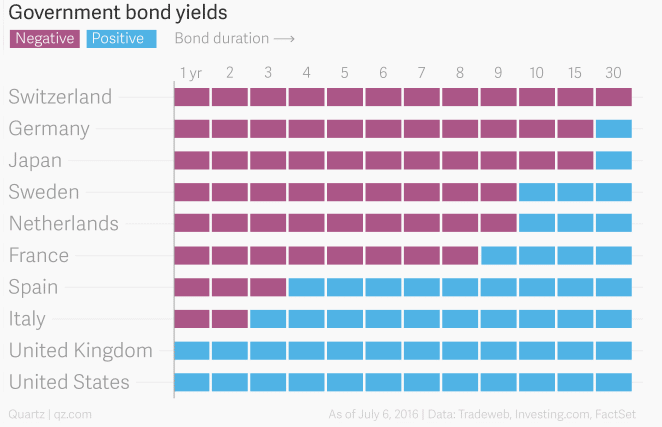 We reiterate our call for cautious steps where value is identified in companies with earnings potential and solid returns on invested capital. As for bonds, we would rather opt for assets that do not represent fiat liabilities, but if someone insists on such paper assets our opinion is that shorter-term securities are preferable to longer term ones.

The views expressed on AustrianCenter.com are not necessarily those of the Austrian Economics Center.
Federico Fernández2019-01-14T05:54:59+01:00