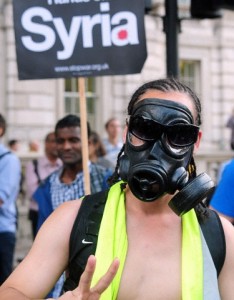 For a month that is traditionally seen as somnambulant, August had its share of news-worthy events.

The sale of the money-losing Washington Post to Amazon’s founder Jeff Bezos was announced for $250 million, a lot of money for a business that is expected to lose $100 million this year. We were also notified that Steve Ballmer would be leaving Microsoft, which sent the stock price soaring, adding $780 million to Mr. Ballmer’s net worth – a pyrrhic victory of sorts. (The stock is quoted down about 3% this morning on the news of their $7.2 billion purchase of Nokia’s hand-set business.)

The 50th anniversary of Martin Luther King’s “I Have a Dream” speech was commemorated in Washington, but this time highlighted the Reverend Al Sharpton who is no Martin Luther King. Fabrice Tourre, a Goldman trader, was found guilty of securities fraud: “SEC Nails a Minnow,” was the unflattering headline in the New Republic. Bill de Blasio looks like he may become the Democrat candidate for mayor of New York City, which would likely spell the end of ‘stop-and-frisk,’ a program that has helped keep violent crime in the City at multi-year lows.

Europe appears to be beginning to recover, albeit slowly. Oil was up modestly for the month, while gold rallied 6.4%, but silver was up 19.5%. Concerns over the possibility that the Fed would begin “tapering” its purchase of bonds caused continued weakness in debt markets.

The structure of the market came under attack in August…again. On August 20th, Goldman’s equity options unit made a series of erroneous trades. The loss to Goldman was said to be in the area of $100 million. The trades were later canceled, proving it pays to be big, rich and to have friends in high places. Two days later a computer glitch shut down NASDAQ for three hours. And on the last day of the month, a “mini” flash crash caused Procter & Gamble’s shares to tumble 5% and recover in a matter of seconds, but not before some poor trader unloaded 65,000 shares at the lower price. In his Market Commentary for September, Laszlo Birinyi writes: “In 2012, the NYSE and NASDAQ paid over $2 billion in ‘rebates’ to High-Frequency Traders and others for their business.” We need not revert to “open outcry” markets, or start using hand signals again, but regulators better be careful about abuses of the system that technology allows, especially that done by High-Frequency Traders. Their claim is that they offer tighter and better prices. My guess is that they are in the business for profit. Markets, like most things, rely on confidence. Once that is lost, so will be our markets.

But the biggest news came out of the Middle East. The continuing strife in Egypt over the army’s ouster of President Morsi led to more violent demonstrations, which, in turn, caused nineteen American embassies in the region to be shut down over Augusts’ first weekend. Syria once again crossed Mr. Obama’s “red line,” though this time more definitively and with casualties that included children. Mr. Obama’s performance, in response, was anything but confidence-building. Having promised that Bashar al-Assad must be punished, he hesitated. Now his credibility is on the line. Not surprisingly, there was no help coming from the U.N. The Arab League tendered only tepid support. Mr. Obama watched America’s most important ally, Britain, vote down assistance for any attack, the first such vote since 1782. On Saturday, Secretary of State John Kerry made a compelling case for an immediate attack. The next day, after the decision was tossed into the lap of Congress, which returns on the 9th, Mr. Kerry had to explain why waiting was positive and would be even more frightening to the Syrian people. Beyond the Administration’s bumbling, the fear is that a failure to respond would be interpreted as a green light for terrorists and terrorist nations. While an Obama and war-weary nation wondered why and what next, Mr. Obama and the Vice President retreated to the golf course[1].

With this as background, the four years and four months old bull market decided to have a mid-life crisis. The market’s peak coincided with the closing of the embassies. The 4.4% decline for the DJIA in August was the biggest monthly decline since May of 2012, when the same index was down 6.2%. It was the worst August decline in fifteen years. However, a chart looking at both July and August shows an almost perfect monadnock, as the month of July was up 4 %.

Were it not for Syria and the various computer glitches (and perhaps the sale of the Washington Post), equity markets could have gone to sleep at the end of June. Given the volume, there are some who suggest they did. For the two months, the S&P 500 ended slightly higher, up about 1.6 percent; while the DJIA ended a bit lower, down less than one percent. A six month chart of the daily volume on the consolidated tape shows a steady decline in volume, not particularly healthy for those of us who labor in Wall Street’s vineyards. Volume is about 10% lower than it was six months ago. While the VIX rose 28% during the month, it basically offset July’s decline. With another month passing without a single day in which the DJIA moved up or down more than 1.5% (It did decline 1.47% on the 15th), complacency persists. We have now gone 52 trading days without such a move – no record, I am sure, but unsettling to the paranoid like me. (Keep in mind, I am one of those perverted people who get more worried when things are going well than when they are not.)

On the other hand, and in contrast to equities, the bond market, worried about “tapering,” appears discontent. Treasuries continued to decline in price, with yields rising on the Ten-Year from 2.59% to 2.75%, a 6.2% increase. The yield on the Ten-Year has now risen 68% since it bottomed in early May, just before Ben Bernanke suggested that the Fed’s bond purchases might slow in the next “few months” – taken to mean sometime this fall, perhaps as early as this month. However, as any addict knows, detoxification is neither easy nor pretty.

Markets never move in straight lines. (Nothing is ever that easy.) Nevertheless, it is hard not to believe that we are witnessing a sea-change in interest rates. The Fed is in a difficult position. While Second Quarter GDP was revised to up 2.5% from up 1.7%, the numbers are still uncomfortably low, especially with the labor force at 30 year lows. (There are still about 3 million fewer people in the work force than there were when the recession began.) Since the President and Congress are incapable of making the type of fiscal adjustments that would boost economic growth – lower taxes and less regulation – all the heavy lifting has been left to Mr. Bernanke. Yet he knows that he has to take the syringe away at some point. All of the dollars that have been printed will eventually find their way into the economy and then we will be left with slow GDP growth, creeping inflation, high unemployment – arriving at a destination termed stagflation. Food for thought, as we head into September.

[1]
Thursday’s “Thought of the Day”  will have more to say on Syria.

The views expressed on AustrianCenter.com are not necessarily those of the Austrian Economics Center.
hayek_admin2019-01-14T06:44:12+01:00