The Month That Was August 2014 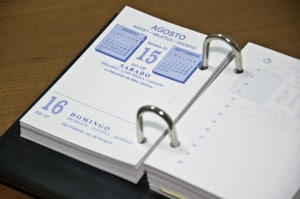 “Every summer my mother would say, ‘Get that job and hold it until August 30’.”
Chris Matthews

Despite its reputation as the month known for its “dog” days, August historically has been anything but somnambulant. After all, it was the “guns of August” 100 years ago that marked the end of the Victorian and Edwardian ages, which had done so much to bring scientific, commercial and artistic advancements to the civilized world – along with murderous weapons of war and some of the more odious consequences of colonialism. August was also the month, in 1664, when the British fleet appeared off New Amsterdam, causing the city to change its name to New York. One hundred and fifty years later the British were back, this time burning the White House in 1814. And, of course even if we weren’t there, many of us remember the summer 45 years ago when what was termed an “Aquarian exposition” was held on Max Yasgur’s farm. The festival took the name “Woodstock,” a town 40 miles to the northeast.

This August has brought the despicable and public beheading of an American by the Islamic fundamentalist terrorist group, ISIS (Islamic State of Iraq and the Levant). Despite the remarkable admission by Mr. Obama that he has “no strategy toward ISIS in Syria,” there have already been airstrikes in Iraq, followed by a nominal number of “boots on the ground,” and it seems increasingly likely that a similar strategy will have to be pursued in Syria, if the dragon is to be slain in its lair.

While we may wish it no longer existed, evil remains very much with us. All of the politically correct euphemisms and denials – “workplace violence” for the Fort Hood shootings; “man-made disasters” for terrorism; “it was the video,” for Benghazi; “red lines” in Syria; “Outliers” for rogue states; “overseas contingency operations” and “kinetic military action” for whatever it was Mr. Obama was trying to obfuscate; “Osama bin Laden is dead and al Qaeda is in decline” to help win the 2012 Presidential election; and ISIS as the “junior varsity” last January – are being shown as not only wrong, but deceptive. While we will never hear President Obama express it, what we are seeing is the reality that President Bush acknowledged over a decade ago – that Islamic terrorism is not limited to one organization and that the war against Islamic extremism will likely last generations.

In terms of its long lasting effect, the widening spread of Islamic State in Syria and Iraq was the biggest story of the month. The amount of land controlled by them now exceeds that of New England and includes at least 8 million people. It houses oil fields, cities and banks. They produce between 60,000 and 70,000 barrels of oil a day. Other funding sources include extortion (their form of taxation), ransoms and donations. They have advanced weaponry, much of it American in origin. In spite of their barbarism, they are sophisticated in their behavior. Estimates are that between 1,500 and 2,000 Brits and 500 Canadians may be fighting for the Caliphate that was formed at the end of July. No estimates have been forthcoming as to how many Americans have volunteered to fight for these barbarians, but two have died for the cause. The White House has claimed that such activities “have no place in the 21st Century,” but they are here. One could have made the same naive claim that Stalin, Hitler and Hirohito did not belong in the 20th Century, but they did. And perhaps 100 million lives were snuffed out because of them. The “arc of the moral universe” only bends toward justice when it receives an assist from individuals and nations who willingly lend might to words spoken of moral convictions. When leaders of the free world assume an ostrich-like position barbarism prevails.

Elsewhere in the world tensions remain high. Despite denials by Mr. Putin, Russian troops are in Ukraine. As this is being written, a tenuous cease fire between Israel and Hamas in Gaza is holding. Twenty-two hundred individuals have died over the past few weeks, but most of the tunnels are gone. The Chinese essentially gave the finger to America when a Chinese J-11supersonic fighter intercepted and did a belly roll over a U.S. Navy P-S anti-submarine reconnaissance aircraft that was flying over international airspace near China’s Hainan Island. As we approach the second anniversary of Islamic terrorist killings of Americans in Benghazi, UAE warplanes based in Egypt struck Libya Dawn alliance targets in Tripoli, without first informing the United States. By the end of the month, Liberty Dawn had occupied the residential annex of the U.S. Embassy in Libya, only recently vacated. One consequence of the removal of strong-men in the Middle East and North Africa has been the rise of Islamic fundamentalism. In the world of geo-politics, voids left untended are generally filled by those who are most ruthless.

Domestically, despite vacationing Washington politicos giving the rest of us a well-deserved holiday from their inane clamoring for microphones, all was not tranquil. The Reverend Al Sharpton, along with his sidekick Jesse Jackson, had a good month, between marching against alleged police brutality in Staten Island and in Ferguson. In the former, Eric Garner, a petty thief, apparently succumbed to a chokehold when he resisted arrest. In the latter, Michael Brown, a teenager described diplomatically by The New York Times as “not an angel,” was shot, either as he was surrendering or charging a police officer. Conflicting stories will be resolved by a Grand Jury. The law, as Dickens’ Mr. Bumble once claimed, may be an ass, but its stubborn rigidity allows us to live in a civil society. Circuses are entertaining, but they don’t reveal truth.

Hillary Clinton claimed that “don’t do stupid s**t” is not an “organizing principle,” whatever that means. Governor Rick Perry of Texas was indicted by a Grand Jury in Austin on two felony counts for vetoing an appropriation bill for the office of Travis County District Attorney, Rosemary Lehmberg. The fact she was a Democrat may have influenced Governor Perry’s decision; but the fact that a belligerent Ms. Lehmberg had been arrested for a DUI, with an alcohol level three times the legal limit suggests the Governor was probably correct in asking for her resignation. President Obama’s second cousin once removed, Dr. Milton Wolf, lost his bid as a Tea Party candidate to unseat Senator Mitch McConnell in the Kentucky Republican primary. The President golfed. By one count, Mr. Obama has now played golf 192 times since becoming President a little more than five and a half years ago!

The outbreak of Ebola in Africa is a reminder that tyrannical governments that keep their citizens ignorant and poor can become incubators of disease as well as violators of human rights. The 6.0 earthquake in Sonoma County, California and the 5.1 one 50 miles west of Fairbanks, Alaska remind us that Mother Nature is even more powerful than Al Gore. It was somewhat amusing to read this month that Mr. Gore claims to have been stiffed by Al Jazeera – in the sale of his unwatched and money losing Current TV for $500 million – to the tune of $65 million. This is a man who when he left office had a reported net worth of $1.7 million and today is worth between $200 million and $300 million. Politicians like Mr. Gore (and the Clintons) have become world masters at using public office to garner private wealth. While I admit to some schadenfreude, I find the hypocrisy of those on the Left who claim to speak for the poor despicable. As Mark Twain once said, “It is easier to fool people than to convince them they have been fooled.”

In business news, the Portuguese bank Banco Espirito Santo required a €4.4 billion bailout. The bank was split in two, one bank for healthy assets and the second for those that are toxic. Sound familiar? Uber, a car-fare company, hired former Obama aide David Plouffe (a man who under Mr. Obama promoted regulation) to help them circumvent regulations imposed by taxi and limousine commissions. A year ago, Amazon paid $250 million for the venerable Washington Post. This August they are paying $970 million for Twitch, a newly born business that offers video platforms and communities for gamers. Before you dismiss this acquisition as mad, know that 11,000 spectators jammed the KeyArena in Seattle last July to watch video gamers compete for $11 million in prize money. Nevertheless, one wonders: what will next August bring? Once again, the world’s central bankers met in Jackson Hole, encouraging one another to stay the course on easy money. Despite the consequences of high asset prices, substandard economic growth and high unemployment, they assure us the alternative would be worse. Inversions remained in the news, with the sanctimonious Warren Buffett financially backing Burger King’s proposed merger with Canada’s Tim Horton. Mr. Buffett will receive a generous 9% dividend on a $3
billion investment. Three casinos will close in Atlantic City, cashiering 8,000 people.

In terms of stocks, August was the mirror image of a year ago, with the S&P 500 up 3.8% versus a decline of 3.1% last August. Stocks have now risen over 200% (a compounded annual rate of 22.5%) since the market bottom in 2009, providing fuel to the bears in the room. On the other hand, the market today is only 8.4% (a compounded annual rate of 0.5%) above where it was 15 years ago. Determining fair value at any one moment is difficult. Investing is a long term process.

In sports, Cici Bellis, a fifteen-year old from San Francisco who won her opening match at the U.S. Open is, according to USA Today, “the story,” despite her second round loss. Michael Sam, the first openly gay football player to be drafted by the NFL, was let go by the St. Louis Rams a little more than a month after he was picked. A federal judge ruled that the NCAA must allow colleges to pay athletes. The Yankees are nine games behind Baltimore in the A.L. East!

Among the roughly 250,000 Americans who died during the month was James Brady, President Reagan’s Press Secretary who was badly wounded during the attempt on Mr. Reagan’s life in 1981. After his death, a coroner rule