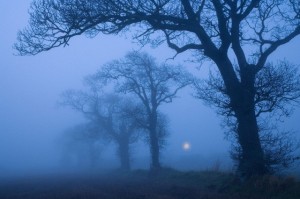 “How did it get so late so soon?

December is here before it’s June.

My goodness, how the time has flown.

How did it get so late so soon?”

Like Ted. Geisel, I am startled and a little frightened by the speed with which the days pass. There are amazing things which the mind of man has been able to create, yet he can no more stop the march of time than could Canute halt the incoming tide. Consequently, we press forward.

December, like most months, was filled with the serious, as well as the trivial. Sometimes they overlap. Mr. Obama’s engaging in a “selfie” (a new word for me), with Denmark’s Prime Minister Helle Thorning-Schmidt and Britain’s David Cameron at the funeral of Nelson Mandela, earned the President the dubious title of “Selfie of the Year.” However, at the same funeral, when he stooped (bowed?) to shake the hand of a dictator whose country still practices apartheid, his gesture was improper and offensive. Cuba, now governed by Raul Castro and his white junta, is comprised of 60% to 70% black and mulattos, as Mary O’Grady recently noted in the Wall Street Journal, They held and tortured the black political prisoner Eusebio Peñalver for 28 years – “one year more than Mandela endured.” Apartheid is alive and well in Cuba.

In the trivial category, I would place the suspension of Phil Robertson from A+E’s “Duck Dynasty.” Of course, improving ratings enriches the daily bread for the executives at A&E; so to them the episode was a serious matter. Their feigned shock that Phil Robertson, whom they have known for years, is biased in favor of religion and prefers women to men was reminiscent of Claude Rains show of disbelief in “Casablanca” when he said he was “shocked, shocked” that gambling was going on in Rick’s Cafe. It is not sensitivity training that is warranted, but ridding the executive suite at A+E Networks of caramelized political correctness.

A second new word, “affluenza,” was added to my vocabulary during the month. Sixteen-year-old Ethan Couch’s attorney successfully used the defense that his client was suffering from affluenza – “a psychosis of extreme wealth” – when he killed four pedestrians and brain-damaged and paralyzed a friend. He was speeding “while wildly drunk,” according to the indictment. Young Mr. Couch was sentenced to probation, as he was deemed too rich to be fully responsible for what he had done, at least that was the implication of the judge’s decision. In an example of our cultural descent into vulgarity, Miley Cyrus, who a little more than a decade ago would have been innocently sitting on Santa’s lap, was seen on a video twerking her good friend Cheyne Thomas who was dressed as a scruffy and somewhat repulsive Santa. “And the children say he would laugh and play just the same as you and me…” Come to think of it, didn’t female empowerment take a hit when feminist Lis Smith jumped into bed with hooker-addict, ex- Governor Eliot Spitzer? Would Betty Friedan approve?

November ended with stocks hitting new highs, while politicians rating’s were recording new lows. In that sense, not much has changed. The S&P 500 tacked on another 2%, while Mr. Obama’s approval ratings, at 40% (Gallup), are the lowest for any President at this point in the presidential cycle since Nixon in 1973. Congress is held in even lower esteem, with the RCP (Real Clear Politics) average approval ratings of 13.9%. Despite the fact that Congress was naughty rather than nice, the new budget agreement had no negative effect on their compensation. Instead, cuts were made to the benefits of military retirees under the age of 62. Additionally, federally funded unemployment insurance benefits, known as emergency unemployment compensation (EUC) ended with the close of the year.

Nelson Mandela’s funeral in South Africa provided a forum for the greatest gathering of world leaders ever assembled. Included were four U.S. Presidents: Obama, Bush, Clinton and Carter. Mandela symbolized forgiveness and reconciliation. He fought apartheid and advocated armed struggle in his early years. He was arrested and jailed for 27 years, but it did nothing to diminish his belief in redemption, nor his compassion even for his jailers. Upon release, he was elected President of South Africa, while campaigning successfully for racial peace among all his people, black and white. His humility was seen in his decision to leave office after one five-year term. Mr. Mandela was a manifestation that great men and women are born; they are not creations of events.

The revolt in Ukraine demonstrates that desires for freedom and democracy have not been stilled. Ten years after the Orange revolution of 2004, the villain remains the same: Viktor Yanukovych, Ukraine’s thuggish president. In 2004, Mr. Yanukovych was the beneficiary of a rigged election. He is, as The Economist described him, “loath to compromise, seeing politics as a winner-takes-all, life and death struggle – much like his Russian supporter, Vladimir Putin.” The protests were sparked by the decision by Mr. Yanukovych to reject a trade deal with the European Union, in favor of closer ties with Moscow. The choice is a step backward for lovers of liberty and prosperity. The country is Europe’s largest, as measured by land mass. With 46 million people, it ranks seventh behind Spain in terms of population. Ukraine’s fertile fields have made it the world’s third largest grain produces. However, its history is bloody, having been occupied for most of its history, by Ottomans to Poles, from Austrians to Russians. It has been independent since 1991, and has now become a testing ground for Mr. Putin as he attempts to rebuild the Russian empire, which was lost with the collapse of the Soviet Union. The situation bears watching.

On December 10 th , the five agencies involved with enforcing the Volker Rule voted on a final version, which would ban proprietary trading. The five agencies are: the Federal Reserve, the Federal Deposit Insurance Corporation (FDIC), the Securities and Exchange Commission (SEC), the Commodities Future Trading Commission (CFTC) and the Office of the Comptroller of the Currency. Good luck to them in coordinating their efforts. Herding cats would seem simpler. Will the foxes scrutinize the hens they are charged with watching, or will they be eyeing one another? Wouldn’t it have been easier to bring back Glass-Steagall?

There was much else during the month. The Pope appeared to belittle free market capitalism, despite hailing from that hot-bed of illiberality, Argentina. Nevertheless, Pope Francis, with his simplicity, warmth and humility, has endowed the Church with new-found respect. North Korea’s Kim Jong-un sent a warning to all uncles. Watch what you say and do! Being the uncle to sixteen nephews and nieces, it is a warning I take personally! J A Metro-North derailment in the Bronx that killed four was a reminder that not even commuters are safe. Jeff Bezos announced on CBS’s “Sixty Minutes” that in five years, Amazon will be using “octocopters” – GPS-operated unmanned drones – to deliver our packages, in some case “just thirty minutes after an on-line purchase.” With his record, one wouldn’t want to bet against him. A front-page story in the Wall Street Journal noted that home prices have reached all-time highs in ten of the nation’s fifty largest metropolitan areas. The New York Times , in a politically motivated front page weekend story, attempted to put the video back into Benghazi, a fiction repudiated by both Democrats and Republicans. Colorado voted to legalize the sale of pot for recreational purposes. What had been a product marketed primarily to the elderly as a medical antidote to chemotherapy-induced nausea and peripheral neuropathy will now be sold to college kids, as God’s Gift or Purple Haze.

As the world prepares for remembrances of the start of the First World War, China upped the tension in Asia with a claim to airspace in the East China Sea, space that encompasses the disputed, but Japanese administered, Senkaku Islands (known as Diaoyu in China). On December 4 th , NASA scientist Edward Stone was presented with Distinguished Public Service Medal. Mr. Stone was the project scientist for Voyager I, which was launched on September 5 th , 1977. In late September 2013, after traveling 12.5 billion miles, Voyageur I exited our Solar System (by a country with 100 million fewer people than today) and entered interstellar space. It was still communicating with Houston. The spacecraft was built at a cost of $250 million and was expected to last five years. Voyageur I is a monument to the marvel of man. Today, potholes make for hazardous driving on New York’s Madison Avenue. In contrast to the cost of Voyageur I, America’s latest aircraft carrier, the USS Gerald Ford cost taxpayers $1.3 billion. My guess is it won’t travel so far or last so long. Are we going backwards or forward?

A lot happened during the year and there were many stories that would vie for the most significant. The disastrous roll-out of ObamaCare may have put to rest for years the concept that big government is always and at all tim