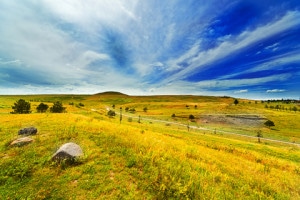 Occasionally I have come across a last patch of snow on top of a mountain in late May or June.
There’s something very powerful about finding snow in summer.”
Andy Goldsworthy (1956 – ) British sculptor

Apropos of the above quote, climbing Mount Washington in late July a few years ago, by way of Tuckerman’s Ravine, my son Sydney, grandson Alex and I found two or three patches of snow high up in the Ravine. But by August the snow will be gone, as will be New Hampshire’s opportunity to create a glacier. June, while mostly spring, includes the summer solstice – after which days become shorter. It doesn’t seem that way at first, just as the days don’t really seem to get longer after December 21st. But they do. The setting sun moves ever so slowly southward at this time of year, shortening its arc in the sky, until suddenly it’s dark at four o’clock, with much of the Northern Hemisphere in hibernation.

While much happened during the month, it is also of interest what did not happen. For example, Malaysian Airlines Flight 370, which disappeared in March, has still not been located. Nor has one 44 year-old woman who is still missing from the March 22 mudslide four miles outside of Oso, Washington, a slide that took 43 lives. And, the old adage, ‘out of sight, out of mind,’ applies to the more than 300 school girls abducted by Boko Haram in Nigeria in May. In fact another 90 school girls were kidnapped in June, but this kidnapping was not seen by the media as “news.” A month earlier the abduction galvanized people, as to the evils of Islamic terrorism. Even Michelle Obama posted a photo of herself holding a hash-tag message of support for the girls. Unfortunately her message disappeared into the netherworld of the internet, perhaps to join the missing e-mails from Lois Lerner’s computer? The Nigerian school girls, I fear, have had, or will have, a far less innocuous fate. A Twittered message does not carry the same clout with cowardly thugs, as would a surprise visit from a unit of Special Forces.

The month’s biggest story was the deteriorating situation in Iraq. One of its more discouraging sidebars has been the remarkable behavior of so many of our political leaders, more focused on casting blame for the sorry condition in which Iraq finds itself than seeking answers. Politicians are masters at waving hockey sticks when they sense victory, and at fading when the foul odor of loss is in the air. Congressmen and women have few equals in the art of ducking responsibility and can often be found pointing an accusing finger at an opponent on the other side of the aisle. Iraq, for them, has been a field day. It was the fault of Obama for leaving Iraq too soon, say the Republicans, haughtily and contemptuously. No, blame belongs with Bush for involving us in the first place, claim their slippery and supercilious counterparts. It is forgotten that the Iraq Liberation Act, which supported the notion of regime change, was signed into law in 1998 by President Clinton. Selective memory is a common condition among all politicians, especially when events prove past actions embarrassing. Hillary Clinton, Joe Biden, Harry Reid and John Kerry not only voted in 2002 to authorize the removal of Saddam Hussein, but did so avidly, which may be one reason why Harry Reid has been reluctant to bring any bill to the floor of the Senate.

Selective memory loss is expected of politicians. It is endemic to those who serve in Washington, where concepts of morality equate with those of Lindsay Lohan. But it should not be a characteristic of news analysts and commentators whose responsibilities as members of the Fourth Estate make them critical to the sustainability of the democratic process.

Apart from Iraq and from what did not happen in the month, a lot did go on. Sergeant Bowe Bergdahl was released from captivity with the Taliban in Afghanistan. The Afghanis held an election that remains in dispute as the month ended. The airport in Karachi, Pakistan was attacked by the Taliban. With the Middle East erupting, Pope Francis met with Palestinian and Jewish leaders – the only time a meeting involving those three has been held. Jean-Claude Juncker of Luxembourg, over the objections of British Prime Minister David Cameron, was elected president of the European Commission. This represents the first time the Commission will be headed by a man who did not receive unanimous support. Mr. Cameron’s concern reflects a different philosophy regarding the responsibilities of the individual states versus the role of Brussels in the governing of Europe. Will the EU, in consolidating power and in moving East, accomplish what Bismarck could not? With interest rates already at very low levels and with little perceived inflation in the offing, the ECB imposed negative interest rates, something not done since the Japanese did so twenty-odd years ago with unhappy results.

Domestically, Eric Cantor, Republican House Whip, was defeated in a primary by college economics professor, David Brat. Hillary Clinton’s rollout of her book, “Hard Choices,” caused ridicule, with Mrs. Clinton claiming she and Bill were “dead broke” when they left the White House, despite her having received an $8 million advance for her unwritten (at the time) book. Edward Klein’s new book, “Blood Feud: The Clintons versus the Obamas,” created a storm, with a very unflattering picture of all four of them. While the book allegedly is filled with suppositions and inaccuracies (I have not read it, nor will I), there is little doubt that the Clintons and Obamas are not fast friends. While Klein’s earlier book “The Amateur” did little political damage to Mr. Obama, it did prove prescient. Elsewhere, in Republican primaries, and demonstrating the power of incumbency, voters tended to stick with the skunk they knew, rather than opting for one they didn’t; thereby placing, at least temporarily, the Tea Party on notice. It also suggests that any hopes I have for term limits is likely futile.

Scandals continue to nip at the heels of the Administration. The capture of Ahmed Abu Khattala served to highlight the fact that this terrorist had flaunted his freedom in Libya by granting interviews with Western media. Should Hilary Clinton enter the race for President, as is widely anticipated, we can be sure her shameless and erroneous blaming of the video at Andrews Air Base will be widely rerun. The naming of Trey Gowdy (R-SC) to chair the Select Committee on Benghazi further assures that scandal will remain front and center. The case of the missing e-mails of Lois Lerner has assumed new legs. Even Hillary Clinton has called for an independent prosecutor to look into whether the IRS’s targeting of conservatives was at the direction of the White House. Perhaps she has done so in order to divert attention from Benghazi? From “Fast and Furious,” to the Veteran’s Administration, to the investigation of Fox News journalist Jim Rosen, to the AP, this Administration has taken scandalous behavior to new heights. (On the surface it should be noted, Mr. Obama’s choice to run the V.A., Robert McDonald former CEO of Proctor & Gamble, looks like a good one.) Keep in mind, though, Mr. Obama has been protected because of who he is. All critics are assumed to be racist. These are not “phony” scandals that have been “fabricated;” they reflect a President who overreached and who set a tone of moral laxity. As long as charges of racism and misogyny are indiscriminately leveled at critics, we will not have achieved a society free of racial or gender bias.

Immigration came to the fore as an issue, with tens of thousands of new immigrants, who have arrived in the U.S. illegally from Honduras, Guatemala and El Salvador by traveling across Mexico. Thousands are unaccompanied children. They pose not only humanitarian questions, but ones of health. To what extent were they encouraged by the Administration’s policies? We don’t know, but i
t likely played a role. Last Friday a hubristic President Obama asked Congress for $2 billion to “resolve” the problem, one that may be of his own making.

In the world of sports, California Chrome lost his chance for the Triple Crown, losing to Tonalist at the Belmont Stakes, while running on a gashed foot. The Kings beat the Rangers in the Stanley Cup. The NBA finals were won by the San Antonio Spurs defeating the Miami Heat. The FIFA World Cup began play in Brazil. Tim Lincecum of the San Francisco Giants became the first pitcher in more than a century to throw two no-hitters against the same team, the San Diego Padres. His first no-hitter came against the Padres last July. Lucy Li, at age 11, became the youngest player ever to qualify for the U.S. Women’s Open.

The Commerce Department revised first quarter GDP numbers to a negative 2.9%, suggesting the economy was far weaker than analysts had expected. The weather and ObamaCare have been cited as the cause; though persistent low employment numbers had to play a role. Nevertheless, stocks moved modestly higher, while bond prices nudged ever so slightly lower. For the quarter, corporate bond spreads continued to narrow, and are now at the lowest level since 2007. Uber.com, with its disruptive technology caused taxi drivers to demonstrate by creating traffic jams throughout Europe. Its $19 billion valuation was also newsworthy – not bad for a business founded five years ago as a smart phone app! Keep in mind, while creative destruction is bad for businesses that fail to adapt, it is good for consumers because of better choices, and/or prices. The S&P 500 is now the S&P 501, with Google having split into ‘A’ and ‘C’ shares and both now listed on the Index.

In a unanimous decision, the Supreme Court rebuked the President for recess appointments to the NLRB when the Senate was only out of session for a couple of days. In Burwell v. Hobby Lobby, the Court ruled 5-4, with Anthony Kennedy siding with the four conservative Justices, in ruling that employers with religious objections can opt out of providing contraception coverage under ObamaCare.

Among those who died during the month was Don Zimmer, age 83, a man who spent 65 years in baseball, from a minor league player in 1949 to a senior advisor to the Tampa Bay Rays during the current season. Another was Chester Nez, age 93, a man most of us had never heard of. He was a Navaho, who with othe