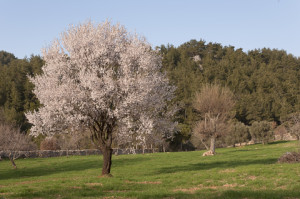 “It was one of those March days when the sun shines hot and the wind blows cold: when it is summer in the light, and winter in the shade.”

March is said to enter like a lion and exit like a lamb. Well, it roared in like a lion with ten degree temperatures on the first, with a snow storm the next day. Thirty-one days later, at the New Haven railroad station, it was snowing and the platform was slick with ice. It has been a winter that fits Shakespeare’s description, as one of discontent. Can spring be far behind?

The biggest story of the month was the one in Ukraine and the Crimean Peninsula. Without firing a shot, Russia’s army absorbed the Peninsula. Freedom and the rule of law were put to the test, and the people of Crimea lost – at least the first battle. It was not only the hubris shown by Putin, but it was the enfeebled and waspish response of the West that has generated feelings of unease. President Obama, with seemingly no understanding of geo-politics, seemed aghast that a world leader in the 21st Century (even one from a “regional” power) would harbor dreams of regaining a lost 19th Century empire. Institutions may change, but men do not. Weakness is quickly perceived by tyrants and used to their advantage. Mr. Obama’s equivocation in Egypt, Libya, Syria and Iran did not go unnoticed, while Europe comes across like Monster Inc.’s “Sulley,” a gentle giant who doesn’t want to hurt anyone.

Whether we like it or not (and certainly we did not ask for it), responsibility for keeping peace in the world has descended on our shoulders. There are a lot of bad people who will seize the initiative at the first sign of vulnerability. Mr. Putin is one and that is what he has done. Does anyone think he cares if the West imposes sanctions or ties up his personal assets? What he has, he has stolen, and he can steal more. The job now is to prevent him from going any further. It doesn’t require “boots on the ground.” It takes moral courage, a conviction that right shall prevail, backed up with a show of strength – war games with the Baltic States, improving missile defense systems in Eastern Europe and the 7th Fleet back to the Mediterranean. It will require a reversing of Mr. Obama’s policies that appear too much like appeasement.

Tragedy struck during the month. More than three weeks after it disappeared, it remains unknown what happened to the passengers on Malaysian Airlines Flight 370, other than the almost certainty that they perished. It seems incredible that in an age when technology monitors every move we make, that a 777 with 239 aboard could vanish as if into a black hole. A mudslide in Oso, a few miles north of Seattle, killed at least 24 people with 22 still missing. It was of mythic proportions. The slide covered an area a mile wide; some estimates suggest it moved at 100 miles per hour, as it uprooted trees and buried houses. A gas explosion in the Harlem section of New York City leveled two buildings and left eight dead and dozens wounded. It served to highlight the risk of more than six thousand miles of gas lines that snake under the buildings and streets of the City, some of them more than 100 years old.

The month provided some levity. The kookiest moment was the nonsensical announcement by Gwyneth Paltrow and Chris Martin that they were “consciously decoupling.” Why do idiots command such attention? America, land of the free, seems to cater to those, including much of the Press, who yearn for the perverse trappings of royalty. They inculcate that sense in families like the Kennedys and Hollywood stars. Balderdash does not properly define their moronic utterances. They selfishly burden their children with names like Apple, Blue Ivy and Thijs, and then expect them to live normal lives. While attractive to look at, most of them have the morals of the Artful Dodger or Shakespeare’s Imogen, daughter of Cymbeline.

March 3, was the 101st anniversary of the women’s suffrage movement parade in Washington. Sheryl Sandburg celebrated, with support from Beyonce, Michelle Obama and a host of other like-minded women, by deciding to wage war against the other “b” word, “bossy.” Ms. Sandburg and her friends obviously forgot that it takes a bitchy, bossy woman to seriously engage in such muddle-headed verbal asininity. There are real issues, far more deserving of her attention: “liberal” institutions that limit free speech; schools that fail to educate; an economy stuck in low gear; lagging job growth; the effect of inflation on lower income families; debt and obligations that threaten to overwhelm us; the declining image of America abroad. Yet Ms. Sandburg decides that being called bossy is a slap at women and the word should be banned, even though she is boss to 6,500 employees at Facebook. Some women are bossy, and so are some men. Years ago, when my daughter was about two, my mother-in-law labeled her as bossy. And she has been told she gets it from me. So there! Why is it, anyway, that some women want to be exactly like men? The sexes are different, and thank God for that! It is evolution’s answer to the otherwise death of a species.

March 31st marked the (almost) last date to enroll in ObamaCare without paying a penalty. I say “almost” because during the month the Administration made its 38th executive change to the Affordable Care Act, allowing those who allegedly have begun the process to continue. When Nancy Pelosi said four years ago we must pass the Law to find out what’s in it, I don’t believe even she was thinking that the Administration responsible for the legislation would not know what the Bill contained. It’s a hornet’s nest, and is a clear manifestation as why one-party control is a bad idea.

There were other news items of note. A special election in Florida’s 13th Congressional district saw Republican David Jolly defeat Democrat Alex Sink. The district’s registration is evenly divided. While it has been represented by Republicans for many years, it is also a district that Mr. Obama won twice and expectations were that it would go Democrat. While Republicans looked at the vote as a prequel to the 2014 mid-term elections, Democrats rationalized their losses by pointing out the seat had been Republican for years. Whether it will serve as an early referendum on ObamaCare remains to be seen. Interim elections are seven months away, and a lot can happen.

Mayor de Blasio will be getting his pre-K classes – a class he should take! – but without “tapping the rich.” He also had to say “uncle” when it came to Charter schools, as the might of teacher’s unions was met with resistance from African-American and low-income families, and from Governor Cuomo who is facing re-election.

The Oscars came and went and most of us have already forgotten which film earned best picture (“Twelve Years a Slave”) or who won best actress and best actor (Cate Blanchett and Matthew McConaughey). St. Patrick’s Day was celebrated in New York, with Mayor de Blasio, like Mayor Dinkins twenty years earlier, refusing to march. In both cases, the argument was over the issue of Gays – the Irish allowed them to march, but would not permit them to openly display their sexual preferences.

Stanley Fischer, who was born in Northern Rhodesia and carries both Israeli and U.S. passports, was named by President Obama to the number two position at the Federal Reserve. Interestingly, he had been the PhD advisor to both Ben Bernanke and Mario Draghi; so he must know something about helicoptering Dollars and Euros. Previously he had served as governor of the Bank of Israel and as chief economist for the World Bank and is considered an expert on the developing world. Given the way we appear to be headed, the appointment seems fitting.

Markets were mixed, but generally flat. The S&P 500 closed up .06% while the yield on the Ten-year rose by six basis points to 2.72%. Gold declined 3%, while oil was lower by $0.40, falling to $101.48. Volatility remained compressed with the VIX closing at 13.88. There was not one day during the month when the DJIA moved up or down more than 1.5%. Flows into mutual funds for the first three weeks of March, according to the Investment Company Institute (ICI), showed $8.6 billion into equity funds and $11.6 billion into bond funds.

John Donne wrote: “Any man’s death diminishes me, because I am involved in mankind.” But not all deaths are the same. Jeremiah Denton died a hero at age 89 on March 28. In 1966, Commander Denton, who later served as United States Senator from Alabama, was a prisoner of war in North Vietnam. In an interview scheduled for propaganda purposes, Commander Denton blinked out T-O-R-T-U-R-E in Morse code. It was the first confirmation that the North Vietnamese were torturing prisoners of war. He was tortured further once the North Vietnamese realized what he had done. He was released seven years later when the war ended. On the other hand, it is heart wrenching when a young person takes their own life. L’Wren Scott, fashion designer and Mick Jagger’s ex-girl friend hanged herself in her New York apartment. Even more distressing, it was reported that there have been ten suicides in New York public schools in the last two months. The agony those poor children must have felt brings tears to these old eyes. As awful as those statisti