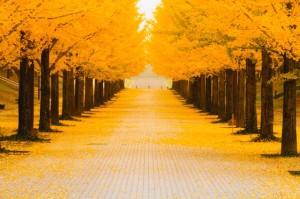 With the last red berries

And the first white snows.”

The month debuted with Typhoon Haiyan, which devastated the Philippines. Haiyan formed on November 2nd in Micronesia. Five days later it made landfall in central Philippines with winds of over 160 miles per hour. Estimates are that 10,000 lives may have been lost. The month ended with the government planning a re-launch of ObamaCare, or rather a re-launch of the website. The website permits one to go to an exchange, to see what plans are offered and what subsidies may be provided. Personal information, such as income and Social Security numbers are required. The federal exchange HealthCare.gov is a $630 million on-line insurance exchange created by friends of the Obamas. Once it is repaired, as it likely will be, the fundamental problems with ObamaCare are likely to persist.

The stock market, digesting the news of the month, moved smartly higher, up 2.8% as measured by the S&P 500, with perhaps another 15 basis points because of dividends paid out. Going in the opposite direction was the Treasury market, with the yield on the Ten-Year rising 7.9%, reflecting lower bond prices. Year to date, the yield on the Ten-Year has risen 56% (from 1.76% to 2.74%), indicating a meaningful decline in the price of that instrument. During the same time, the S&P 500 has risen 26.6%. While I claim no expertise in markets, it is somewhat disconcerting to see stocks and bonds take such dramatically divergent paths. It is reminiscent of the spring and summer of 1987.

Equity markets, so we are told, look ahead, not back. That may well be true; though I have found them to be more whimsical and not always predictive. If it were easy, as a wag once said, we’d all be rich. I can say, however, that the natural direction of stocks, over time, is higher, reflecting increased GDP and corporate earning growth. The natural direction in bonds depends mostly on expectations for inflation and the perceived value of the underlying currency. The first forty-one years of my life, interest rates generally went higher. The last thirty plus years, they have mostly moved lower. Market moves of all assets, fortunately for all of us, tend to be more exaggerated than the changes we experience in our daily lives.

Elections gave few clues. Bill de Blasio, a left-leaning Democrat with a history of youthful Marxism, won the mayoralty of New York and Chris Christie, a pragmatic Republican, won re-election as governor of one of the bluest of states – New Jersey. Terry McAuliffe won the gubernatorial election in Virginia against Republican Ken Cuccinelli. However, McAuliffe failed to win a majority. He was aided by votes for Libertarian candidate Robert Sarvis, a man largely funded by Obama bundler Joe Liemandt, who took 6.6% of the vote. Mr. Liemandt deserves credit for Mr. McAuliffe’s victory, a situation he is likely to use to his advantage. Republicans were hurt by the government shut-down in the first two weeks of October; Democrats by the abysmal roll-out of ObamaCare. In the land of the blind, the one-eyed man is still king.

Among other major events was the announcement that a deal had been struck with Iran regarding the building of a nuclear bomb. The Middle East is already unsettled. A country that promotes and exports terror gaining access to nuclear weapons will do little for peace in the region. It is especially concerning to those who live in Israel, a country the Iranians have pledged to wipe off the map. But is the deal a good one? Is John Kerry the 21st Century’s Neville Chamberlain, or is he Henry Kissinger gone to China? While I hope Kerry is the latter and that Iran will relent in their pursuit for nuclear weapons, my fear is that he is the former.

And speaking of China, that nation of 1.2 billion people is dumping its “one child” policy and flexing its muscles in the East China Sea. The former acknowledges that an aging population is antithetical to long-term growth. The latter is concerning to the Japanese and the South Koreans, as well as the United States. The focus continues to be the Senkaku Islands. Japan’s sovereignty over the islands, which lie about 100 miles northeast of Taiwan, has been disputed since oil was discovered in 1968. China has declared an “air defense identification zone” over the islands. The United States sent unannounced B-52 flights through the zone last week, flights that were not challenged. However, the U.S. did warn commercial liners flying through that space to give advance warning to the Chinese. The last thing the world needs is a 747 intercepted by Chinese fighters as it carries hundreds of passengers. While the U.S. may suffer a short-term price in terms of diplomacy and trade, permitting China’s aggression would have more severe, longer term consequences to peace in the region.

Janet Yellen was confirmed by the Senate Banking Committee 14-8, suggesting she will have smooth sailing toward ultimate confirmation in the full Senate as the next Chairman of the Federal Reserve. She has favored the extraordinary low interest rates that have been the policy of the Federal Reserve over the past five years. ZIRP (zero interest rate policy), quantitative easing and Operation Twist have come to characterize Mr. Bernanke’s Chairmanship. In Mr. Bernanke’s defense, it is fair to say that in the absence of any fiscal policy, monetarism has been the only game in town. Ms. Yellen’s appointment will assure that those policies will continue, despite having done much more for speculation and asset prices (and therefore the wealthy) than for the poor and the jobless. An example of that speculative fervor can be seen in the sale of Francis Bacon’s 1969 triptych of his artist friend Lucien Freund. It was sold by Christies on November 12th for $142.4 million – the most expensive piece of art ever sold. Low rates have not done much for Black youth unemployment, which stands at a record 36.0% according to the November release from the Bureau of Labor Statistics.

The decision by Harry Reid’s Democrat colleagues to detonate the nuclear option – eliminating filibusters for most presidential nominations – shows that hypocrisy is alive and well. The decision is likely to have long-term consequences. The fact that Democrats repeatedly used the filibuster during the George W. Bush years did not deter them from scrapping tradition this time. Democrats claimed that the vote to do so was based on obstructionist Republicans. The decision may well be rued when Republicans become the majority, which they will at some point. Regardless, eliminating filibusters will do three things – it hurts minority rights, it cedes more power to the President and it increases the bipartisanship that divides our politicians in Washington. Of course, it is better that a nuclear option be exploded in the U.S. Senate than a nuclear weapon be tested by Iran!

There was other news, both trivial and important. Caroline Kennedy was named Ambassadress to Japan. Her principal qualifications are that she was an early supporter of Mr. Obama (alongside her deceased Uncle Ted) and that her father was a President, whose assassination fifty years ago was remembered four days after she presented her credentials to Japanese emperor Akihito. The first day of Hanukkah fell on Thanksgiving, a rare occurrence. The next time the days overlap will be about 79,000 years from now. (I do not expect to be around.) Bob Ford, the mercurial, alcoholic and drug-consuming mayor of Toronto, was stripped of many of his powers. However, he serves as proof that “crazies” in government are not limited to the United States. Income and wealth gaps have led to a widening jobs gap. Employers met in late November in Oklahoma City to discuss the fact that many jobs go begging because of an absence of skills. Worrying for Democrats is that all three “gaps” – income, wealth and jobs – have widened since the end of the recession in June 2009, in other words on Mr. Obama’s watch.

We enter December with stocks at all-time highs and opinions of politicians at all-time lows. Like stocks, opinion polls are notoriously volatile; so while Mr. Obama is currently not very popular, that is bound to change. Anyone who thinks that one Party has a lock on next year’s elections is smoking something that should be shared with the rest of us.

Besides Santa Claus and the start of winter, we shall see what else December brings.

The views expressed on AustrianCenter.com are not necessarily those of the Austrian Economics Center.
hayek_admin2019-01-14T06:41:03+01:00