The Month That Was September, 2013 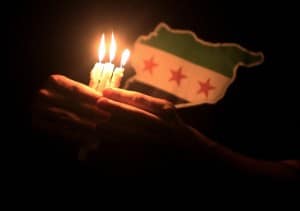 The month began with Syria’s Bashar al-Assad having crossed President Obama’s “red line,” in terms of having used chemical weapons on his own people. A few days later the line was blurred. Shortly afterward, Russia’s President Vladimir Putin penned an op-ed in the New York Times scolding the American people and the President for immoral behavior and insisting there is nothing exceptional about us.

The month ended with Assad still in power – and still in possession of his chemical weapons, though under an order from the Security Council that he be relieved of them by the middle of 2014. However, if he fails to do so, force is not an option.

President Obama was snubbed by Iranian President Hassan Rouhani (he only wanted to shake his hand), at the annual United Nation’s meeting of the world’s leaders last week in New York – the City’s worst week for traffic. Even junior ministers rocket around the City with police escorts. (It’s a wonder that such actions don’t ignite a revolution of the proletariat.)  A day or so later, Mr. Obama seemed as elated as a schoolgirl when Mr. Rouhani accepted his phone call. In the meantime, Iran’s centrifuges continue to spin.

An FOMC meeting ended with no tapering, surprising investors, but not doing much harm to the market. Stocks were down less than one percent, while the yield on the Ten-year rose forty basis points before resuming its decline. The S&P 500 closed at an all-time high of 1725.52 on September 18 before the Fed’s announcement. It closed the month about 3% below its peak, but still up about 3% for the month. Interestingly, while the S&P 500 is up 18% year to date, the yield has only declined from 2.13% to 1.98%, indicating that dividends have been increased 10% thus far this year.

While the stocks had a good September, so did Treasuries with the yield on the Ten-year declining 13 basis points to 2.62%. (However, the second half of September was distinctly less pleasant than the first half.) Gold declined $69 and oil was down about $5. Price movements were essentially the mirror image of what happened in August. Nothing disturbed, however, the complacency that has characterized stocks for the past twenty months. Volatility remained quiet, with the VIX down 2%, and, for the third consecutive month, there has not been a day when the Dow Jones Industrial Averages traded plus or minus more than one and a half percent. There have been only two such days in the past six months.

Elsewhere, Twitter twittered an upcoming IPO, promising to do better than Facebook. A deranged ex-naval serviceman who was still provided an ID card entered the Washington Naval Yard with a shotgun and killed a dozen employees. Apple sold nine million new i-Phones during the first three days after introduction. JP Morgan appears to be willing to have shareholders pay a fine of perhaps $11 billion dollars to settle a Justice Department suit regarding mortgage trades. It used to be only blackmailers and crooks who could wrest such sums, but now it is the government that seems to have found new and profitable sources of income. The Fukushima Nuclear facility admitted they were leaking radioactive material directly into the ocean. There are some who claim that the amount of radiation leaked may be 15 thousand times greater than that dropped on Hiroshima in 1945. The IPCC issued its long-awaited report that indicates they have a 95% conviction that man has been responsible for most of the climate changes over the past fifty years, but had little to say about the last 15 years, which have seen relative stability in temperatures. Senator Ted Cruz of Texas spoke for 21 hours and 19 minutes against ObamaCare. The Index of Economic Freedom of the World published their 2013 annual report. It ranked the United States 17th. That would compare to 6th four years ago.

Additionally, the month saw the one-year anniversary of the killings in Benghazi, an event still shrouded in mystery and cover-up. It saw the five-year anniversary of the credit collapse. While banks are better capitalized than they were then, they are also larger. They are still “too big to fail” and still seeming willing to take foolish risks with shareholders capital, as London’s whale, Bruno Iksil made clear last March. In the meantime interest rates remain notoriously low, the economy sputters along, with once foolishly profligate consumers having turned into skeptical penurious shoppers. And the month saw my daughter-in-law’s novel, A Hundred Summers, make the New York Times best-seller list.

The month ended without a budget or a Continuing Resolution. It must be remembered that shuttering government will not be noticed by most people, unless you were planning on visiting a national park or the Smithsonian. This is the 18th time the government has been “shutdown” since 1976. Mandatory spending programs and essential services, like the military and air traffic controllers, will not be affected. During previous occasions, the impact on financial markets has been minimal; though the past should not be considered a guide to the future. It should be remembered that President Carter endured five shutdowns in four years, President Reagan eight in eight years. Nevertheless, despite his woeful expressions to the contrary, all of the press about the government shutting down must be welcomed by Mr. Obama, because he can pin the blame on a perceived obstreperous House of Representatives and it detracts from the simmering situation in Syria and Iran, cannot be laid solely at his doorstep.

* Try to Remember” is a song from the musical comedy The Fantasticks.

It is the first song sung in the show, to get the audience to imagine what the sparse set suggests. Its lyrics, written by Tom Jones, famously rhyme “remember” with “September”, “so tender”, and “December”, and repeat the sequence –llow throughout the song: verse 1 contains “mellow”, “yellow”, and “callow fellow”; verse 2 contains “willow”, “pillow”, “billow”; verse 3 contains “follow”, “hollow”, “mellow”; and all verses end with “follow”. Harvey Schmidt composed the music.

The views expressed on AustrianCenter.com are not necessarily those of the Austrian Economics Center.
hayek_admin2019-01-14T06:42:58+01:00