The Myths of School Vouchers, Then and Now 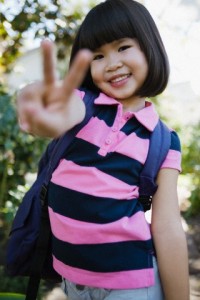 Today marks the first day of School Choice Week, a national effort to promote educational options such as private school vouchers. Although the first voucher program in the United States was introduced in 1869, it wasn’t until a century later that school choice started gaining mainstream traction, thanks to the efforts of Nobel Prize-winning economist Milton Friedman. In 1980, millions of Americans tuned in to watch Friedman make the case for choice while engaging in lively debate with opponents on his PBS television series Free to Choose.

A lot has changed in the 34 years since the program first aired. Today, 18 voucher programs in 12 states and the District of Columbia help expand the educational options of millions of disadvantaged schoolchildren. Despite this progress, many of the myths surrounding school choice raised by Friedman’s intellectual opponents still persist, hindering the growth of vouchers to the universal scale that the economist originally imagined.

I will address three mentioned in Free to Choose: namely, that school vouchers lead to more segregated classrooms, that poor parents don’t have sufficient information to make the best educational choices for their children, and that poverty is the primary cause of America’s abysmal public school performance.

When Free to Choose was filmed, many education pundits worried then that the majority of applicants for Friedman’s hypothetical vouchers would be parents from middle- and high-income backgrounds and that vouchers would act as an unnecessary subsidy for private schooling of the rich. Their fear made sense at the time, especially considering the historical legacy of “segregation academies” in the South, where a handful of local governments offered white parents vouchers for their children to escape integrated public schools after Brown v. Board of Education.

Fortunately, these fears have not come to fruition. In fact, almost every private voucher program in the country has strict family income eligibility caps for its participants—usually below 300 percent of the federal poverty line. Contrary to outdated fears of white flight, vouchers today make America’s schools more diverse by empowering students from poor socioeconomic backgrounds to attend the same institutions as their middle- and high-income neighbors. A recent literature review by the Friedman Foundation for Educational Choice confirms this point, discovering that seven of eight studies examining vouchers’ effects on diversity conclude that they lead to more integrated classrooms.

The Obama administration must not have gotten the memo. In August, the Department of Justice sued Louisiana’s state voucher program for allegedly violating federal desegregation orders, despite expert testimony from scholars like Boston University Professor Christine Rossell demonstrating that the vouchers improved integration in several parishes.

While the DOJ eventually dropped its challenge after a federal judge ordered the agency to settle the matter out of court, the myth surrounding vouchers’ supposedly segregating effects persists more than three decades after Shannon expressed it on Free to Choose.

MYTH No. 2: Poor parents don’t have sufficient information to choose the best schools for their children. “And I think that the evidence is pretty clear that if you take middle class and wealthier families, they are gonna do a good deal of research. They may very well be able to invest some additional money of their own to take some inconvenience. And if you have an open system of this sort it may very well be that the poorest parents are gonna have to take what is most convenient for them, what is going to fit in with their own work schedules, what is not going to require additional sums of money.” —Albert Shanker, president of the American Federation of Teachers

Choosing a school takes serious time and attention, with parents wading through endless statistics and paperwork. As such, contemporary voucher critics still worry that poor parents have imperfect information to make a sound choice of what school to send their child to.

Kern Alexander of the University of Illinois, for example, writes in the Journal of Education Finance that vouchers falsely assume “parents know what constitutes quality education.” Since only educators are truly learned about education, so goes this line of reasoning, the public school system is in a better position to ensure a child receives a quality education than his or her parents are.

This view is quite simply unsupported by evidence. To the contrary, one survey on Georgia’s voucher program commissioned by the Friedman Foundation discovered that “parents who are considered to be disadvantaged took about as many affirmative steps to gain the necessary private school information as parents having higher incomes.” Both groups took an average of five steps to investigate school quality, most popularly touring the school and asking friends and family about its quality. Contrary to the patronizing myth, low-income parents are profoundly aware of the abysmal state of their children’s schools and are thus motivated to escape a mediocre public school system just as much as their middle- and high-income neighbors.

MYTH No. 3: Poverty, not teacher quality, is the root of America’s educational woes. “With all respect, Professor, the problems that you see in the urban schools of this country are not problems of the schools, they are problems of poverty. And they are problems of what do you do when, for demographic and sociological and economic reasons, in a country like ours, you begin to concentrate those people who are poor in the inner and older parts of the cities of our country.” —Gregory Anrig, commissioner of the Massachusetts Department of Education

While the first two myths mentioned manifest themselves in subtler forms now than they did when Free to Choose first aired, this last one has only been amplified through the years. Today, income inequality is the main mantra of voucher opponents, with pundit after pundit pointing to poverty, not teacher quality, as the underlying problem in America’s public school system.

“America does not have a general education crisis; we have a poverty crisis,” Michael A. Rebell and Jessica R. Wolf of Columbia University’s Campaign for Educational Equity claim in a recent article for Education Week, pointing to the latest test results from the Program for International Student Achievement. “U.S. schools with fewer than 25 percent of their students living in poverty rank first in the world among advanced industrial countries. But when you add in the scores of students from schools with high poverty rates, the United States sinks to the middle of the pack.”

Poverty’s effect on student achievement is as undeniable today as it was during Milton Friedman’s day. Children who come to school tired and hungry from an impoverished household will not perform as well as their peers who have a good night’s sleep and food in their stomachs. However, mediocre performance by public schools is not an inevitable result of poverty. Such a status-quo bias ignores the fact that for many children, voucher programs have been an effective escape out of the cycle of poverty.

Study after study has confirmed that voucher recipients in America’s most impoverished cities graduate high school and enroll in college at a higher degree than do their public school peers who were not selected for the program. To provide a few examples, The University of Arkansas came to this conclusion for graduation rates in Milwaukee’s Parental Choice Program, the Brookings Institution did so for college enrollment in New York City’s Choice Scholarship Program, and the U.S. Department of Education did so for graduation rates in Washington, D.C.’s Opportunity Scholars