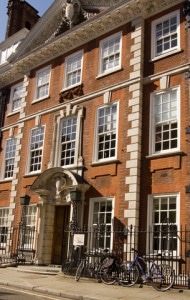 Headquarters of the Liberal Democrat Party in Westminster, London
Image by © Dreamstime

Witch-hunting was born at the end of the Middle Ages. People accused of witchcraft – conjuring evil spirits and the devil or even being blamed for poor harvests and bad weather – had ecclesiastical penances imposed upon them. Today, we no longer believe in witches, but we are witnessing another hunt: the (neo)liberalism-hunt.

From the outset, I want to mention that the reason I am addressing liberalism and neoliberalism at the same time is that in Slovenia, as well as in many other countries, liberals have been disparaged by their critics as “neoliberals”. Indeed, liberals and neoliberals share a passion for trade, markets, and migration, but they have different views on the state-backed organizations focusing on development, e.g., the World Bank (WB), the International Monetary Fund (IMF), and the USAID, all of which liberals oppose. That said, this commentary will address the hunt of the critics of liberalism, who lump together liberalism and neoliberalism.

While some criticism of (neo)liberalism is a result of malice, boredom, or a desire to exploit fellow citizens, other such criticism is spurred on by a kind of paranoid schizophrenia, with accusations based imaginings. It must not be easy to live with delusions of others chasing you, following you, wishing you ill, or of societal events relating personally to you. Indeed, fear can have big eyes and can be found everywhere, but as soon as someone’s fear begins to cause damage to another person, the bedtime story is over, and we need to deal with the intrusion of a schizophrenic.

Not a day goes by that one does not hear in the media, a coffee shop, a university hall, or on the street, or among friends how evil (neo)liberalism is and how it is ruining their lives, due to which it should hence be eradicated. From youth to seniors, from farmers to politicians, from Slovenians to Swedes, from philosophers to mathematicians the (neo)liberalism-hunt appears in every pocket of our society.

Let us first define liberalism. Liberalism is political philosophy rooted in morality and property rights. The essence of liberalism is individual freedom, which is defined as the right of an individual to do what he pleases as long as it does not infringe on the right of another individual to do the same. Individual freedom originates with the individual himself, meaning that an individual is born with unalienable rights that are not a product of or have a source in government or any other entity. That being said, in a society that upholds liberal ideas, government is created solely to protect the freedoms and rights of individuals, and not to have the power to decide which citizens are more valuable than others.

It needs to be noted that today “liberalism” can stand for opposing points of view. The reason for this is that in the first half of the 20th century, the term “liberal” was hijacked by advocates of a position that was just the opposite of what liberalism actually stood for. This distortion is that individual rights are granted by the state, and as such an individual is a tool in government’s hands. Consequently, in many Western countries true liberals in the historical meaning of the term started to call themselves libertarians or classical liberals. As mentioned before, the opponents of true liberalism (libertarianism, classical liberalism) frequently refer to them as “neoliberals”, mostly because in public discourse “neoliberalism” often strikes a negative connotation, representing something evil, unacceptable, and horrible. This then takes us back to the witch-hunt.

Tackling this question, Marko Čuš Babič, a high school pupil of II. Gymnasium Maribor in Slovenia, wrote a research paper that included an opinion poll showing that 47 percent of Slovenian youth do not agree with (neo)liberalism, 28 percent do not know what it means, and 25 percent agree with it. In other words, Slovenian youth have become victims of the populism of the (neo)liberalism-hunters. On the other hand, the author of the study has not succumbed to the populist and unfounded (neo)liberalism-hunt, rather he has been asking questions and searching for answers with an open mind. Seeking to understand the world, the author inspires hope for a better future for Slovenia.

As I become more optimistic about the future of my country, I then turn on the TV and watch a debate with the politicians running in a snap parliamentary election in Slovenia to be held on July 13, 2014. It is striking how many political parties, among them Positive Slovenia, Wise Slovenia, United Left, Igor Soltes list, Social Democrats, and Solidarity, are promising the voters they will fight (neo)liberalism. Not only that, they are advocating socialism. Of course, most of them prefer to call it social-liberalism. Their political programs and their statements are promising to fight something that we do not have in Slovenia, while advocating for something we already have. Admittedly, this is a good political trick on their part. If the situation in Slovenia remains unchanged, these politicians will be able to say that they were successful in achieving their goal.

On a second thought, maybe I am looking at the (neo)liberalism-hunt from the wrong angle. Perhaps the (neo)liberalism hunters are well aware of the low degree of (neo)liberalism in Slovenia, and they would like to strip Slovenia completely of any (neo)liberal feathers. Among other things, this would lead to Slovenia moving to the end of the economic freedom scale, where today we find Zimbabwe, Myanmar, Republic of Congo, and Venezuela. For Slovenia this would predominantly mean saying goodbye to the dreams of prosperity and higher standard of living. I wonder, am I the only one who thinks that Slovenes are already paying the too high toll of the (neo)liberalism-hunt?

Lastly, I often ask myself why those disliking (neo)liberalism and advocating for socialism (social-liberalism) never go to live in North Korea or Cuba, where they would not have a problem with (neo)liberalism and get a full dose of socialism? They might go there as tourists for a week or two, but never move there to share the life of the locals, who are not just deprived of fruits of economic progress but also civic rights, such as freedom of association, information, media, movement, expression, and religion. My suggestion to the (neo)liberalism hunters is to experience socialism in their own skin, before deceiving the public with fairy tales about it. Maybe then these people will start to understand why thousands of people risk their lives daily trying to defect from socialist countries for the hope of liberal societies. To conclude, I will quote Ludwig von Mises: “A society that chooses between capitalism and socialism does not choose between two social systems; it chooses between social cooperation and the disintegration of society. Socialism is not an alternative to capitalism; it is an alternative to any system under which men can live as human beings.”

The views expressed on AustrianCenter.com are not necessarily those of the Austrian Economics Center.
hayek_admin2019-01-14T06:16:53+01:00