The New EU Price Controls That Will Hold Back a Cashless Future – and Hit the Poor City A.M. 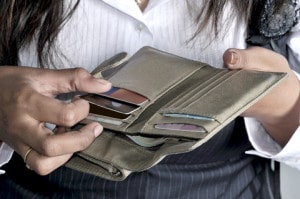 Payment cards are a marvel of modern civilization. Both consumers and retailers benefit from payments that are safer and quicker than cash or cheque – and from the fact that consumers are not limited by the amount of cash in their wallet or bank account. Brits get this, which is why Britain has among the highest rates of payment card use in the world. Yet a proposed EU regulation would upset this system, making electronic payments more expensive and less secure for consumers, and slowing Britain’s move toward a modern cashless society.

In April, the European Parliament voted for a proposal to regulate the transaction charges paid to banks and payment card issuers when consumers pay with a debit or credit card. The premise of the regulation is that reducing these “interchange fees” will reduce the fees paid by merchants, who will pass on savings to consumers. But the experience with similar regulations in the US, Canada, Spain and Australia suggests that consumers are unlikely to see much in the way of cost savings. Meanwhile, they are likely to see increases in other bank and card charges.

The proposed regulation would disproportionately affect the UK. At £450bn per year, British banks process about 30 per cent of all EU payments – more than any other EU country. A study by Europe Economics last year estimated that the reduction in fee revenue to UK banks of the original proposal from the Commission would be about £1bn. But the European Parliament’s version of the regulation would impose even tighter controls on interchange fees, so the reduction in revenue would likely be higher.

In other countries that have imposed similar regulations, banks made up lost revenue by increasing other bank charges, with adverse consequences for consumers. We recently reviewed the experience of the US, where interchange fees on transactions on debit cards issued by banks with assets over $10bn were effectively halved by a 2009 law.

The US fee caps have benefited large retailers, who have seen lower fees. But they haven’t passed these on to consumers. Smaller retailers, by contrast, have seen practically no reduction in fees. We estimated that in the year after the cap was implemented, small and medium sized merchants on average saw a saving of only 0.02 per cent of the transaction, whereas the 20 largest merchants saw savings of 0.7 per cent – 30 times as much! So the fee cap has made smaller merchants less competitive.

Affected US banks lost about $8bn in interchange fee revenue in the first year alone. They made up those losses in part by reducing the availability of free current accounts – the number of banks offering such accounts fell by half between 2009 and 2013, from 76 per cent to 38 per cent, mainly in areas serving poorer consumers. They also raised the minimum average balance necessary to qualify for a free account and more than doubled average monthly bank charges.

So, in the US, debit interchange fees benefited large merchants, had no discernible impact on consumer prices, likely harmed smaller merchants and demonstrably harmed consumers by increasing the cost of banking. We estimate that the fee caps in the US have imposed a net cost on consumers of around £1.6bn per year, most of it falling on the poor.

US banks were able partly to mitigate the effects of the fee cap by encouraging customers to switch to unregulated alternatives, such as credit cards. In Australia and Spain, this option wasn’t available because the caps were applied to all bank issued debit and credit cards. As a result, consumer uptake of payment cards appears to have grown more slowly than it otherwise might have done, and more consumers continue to transact using cheques and cash, which tend to be more expensive for merchants. Cash transactions are also easier to keep off the books and hence out of the prying eyes of the taxman.

Here’s the rub: whereas the US fee cap cut debit interchange fees by 50 per cent, the proposed EU regulation would apply to every kind of payment card and would cut fees by 70 per cent. In the UK, we have already shifted largely to a cashless society: most retail transactions – about £1bn a day – are made using payment cards. But the proposed fee cap would almost certainly slow that shift, delaying the rollout of mobile banking, more secure modes of payment, and other beneficial consumer financial innovations. While large retailers would likely benefit, consumers, smaller merchants and the economy as a whole would lose. And the biggest losers would be the poor.

The views expressed on AustrianCenter.com are not necessarily those of the Austrian Economics Center.
hayek_admin2019-01-14T06:17:10+01:00