The "Other" Ludwig von Mises: Economic-Policy Advocate in an Interventionist World 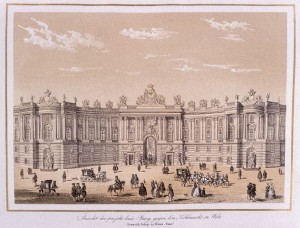 Ludwig von Mises was quite possibly the most uncompromising, consistent, and principled defender of classical liberalism and the free-market economy in the 20th century.

His great works on The Theory of Money and Credit, Socialism, Liberalism, Critique of Interventionism, Epistemological Problems of Economics, Bureaucracy, Human Action, Theory and History, and Ultimate Foundation of Economic Science, for example, show him to be that unique, grand theorist dealing with the sweeping issues and problems of the human condition: the general logic and structure of human action and choice; the nature of different economic institutional orders — capitalism, socialism, and interventionism; the workings of the competitive market process and the role of the entrepreneur; the importance of the monetary order for economic calculation and market coordination; and the interconnections between time, money, production, and the occurrence of the business cycle.[1]

This is certainly the side of Mises’s thought and writings that often carries a timeless quality with continuing relevance and application, because it deals with the general and universal aspects of man, mind, markets, and society. But we should also remember that Ludwig von Mises did not make his living as a grand economic theorist or social philosopher for most of the years before he came to the United States as a refugee from war-ravaged Europe in 1940.

For almost a quarter of a century, from 1909 to 1934 (except during the First World War), Mises worked as an economic-policy analyst and advisor to the Vienna Chamber of Commerce. From the ages of 28 to 53 (when he moved to Geneva, Switzerland to accept his first full-time academic position, at the Graduate Institute of International Studies) he spent his working day as a “policy wonk.” And I mean a “policy wonk” — someone immersed in the factual details and economic policy specifics of, first, the old Austro-Hungarian Empire and, then, the Austrian Republic between the two World Wars. His statistical knowledge of “the facts” relating to Austrian fiscal policy, regulatory legislation, and monetary institutions and policy was precise and minute.

This became very clear to me while I worked through those “lost papers” of Ludwig von Mises that were recovered by my wife and myself from a formerly secret KGB archive in Moscow in 1996.[2] Indeed, it helped me to better understand that much of Mises’s conception of the general economic order, its workings and requirements, and the institutional and policy “rules” that would help establish and maintain freedom and prosperity did not arise from a pure, a priori, deductive spinning out of implications from the “action axiom.”

They are, in many cases, the general theoretical insights and conclusions, and the social-institutional and economic-policy “wisdoms” derived from living through, acting within, and the lessons learned from those momentous and often catastrophic events that shook Europe in the first half of the 20th century. And they were amplified due to the particular everyday reality of Austrian political and economic life that Mises experienced and worked within during this time.

An appreciation of this aspect of Ludwig von Mises’s life and thinking comes out when reading through Mises’s policy writings from this period. Liberty Fund of Indianapolis has been publishing a three-volume series under the general title, Selected Writings of Ludwig von Mises, for which I have served as the editor. The volumes contain many of Mises’s articles, essays, and Vienna-chamber memoranda and speeches on these themes from this time.

They have been appearing in reverse chronological order. Thus, the last of the three volumes, which should appear in print in the very near future, is actually volume 1. It deals with Monetary, Fiscal and Economic Policy Problems Before, During, and After the Great War, and includes many of Mises’s earliest writings as an economist. Here Mises analyzes issues surrounding the politics of establishing the gold standard in Austria-Hungary in the early 1890s; legal gold redemption by the Austro-Hungarian Bank in the decade before the First World War; the growing fiscal imbalances developing in the old Habsburg Empire due to the patterns of government spending and taxing policies in the first decade of the 20th century; and the reasons behind the economic crisis that hit Austria-Hungary in the years immediately before the start of the Great War.

Here, too, we see Mises analyzing during the war the motives behind German and Austro-Hungarian trade policy; the impact and significance of emigration from the Austrian Empire; the effects from the monetary inflation used to fund the government’s war expenditures; and the pros and cons of financing those war expenditures through taxation versus borrowing by the issuance of war bonds.

After the war, Mises explained the distorting effects from the new Austrian government’s control and rationing of foreign exchange for imports and exports; the impact on the Austrian foreign exchange rate due to monetary expansion to finance the government’s huge deficit spending; a specific policy agenda to bring the country’s financial house back into order, and the need for cooperation from both businesses and labor unions if this was to be achieved without Austria’s currency collapsing into a hyperinflation; the claims that holders of bank notes of the old Austro-Hungarian Bank could make on the new Austrian National Bank in the postwar period; Austria’s fiscal problems in the period after the end of the inflation; and the lessons for banking reform after the collapse of several banks in 1931.

(An appendix to the volume includes a talk that Mises delivered at his famous private seminar in the spring of 1934 on the methodology of the social sciences shortly before he moved to Geneva, Switzerland; and the curriculum vitae that his great-grandfather, Mayer Rachmiel Mises, prepared for the Habsburg Emperor in 1881 as part of his ennoblement that gave him and his heirs the hereditary title of “Edler von.”)

It is in the second volume of the Selected Writings (2002), Between the Two World Wars: Monetary Disorder, Interventionism, Socialism, and the Great Depression, that the reader will find a large collection of Mises’s many articles and policy pieces from the 1920s and 1930s dealing with the Great Austrian Inflation, fiscal and regulatory mismanagement by the government, and the negative effects of numerous forms of government intervention and controls before and during the Great Depression; the volume also includes his critiques of socialist central planning and his defense of praxeology, the science of human action.

The third volume of the Selected Writings (2000) focuses on Mises’s writings mostly from the first half of the 1940s on the theme of The Political Economy of International Reform and Reconstruction. In the midst of the Second World War, Mises lectured and wrote on the pressing issues of how Europe, small nations, and underdeveloped countries could recover from war and poverty and start on the path to economic renewal and prosperity.

Each volume begins with an introduction in which I try to explain the historical context of the period in which Mises wrote the pieces included in that particular volume. I have also tried to assist the reader with annotated footnotes explaining some of the ideas, persons, events, and geographical locations to which Mises refers in the texts.