The Politics of Science and the Science of Politics 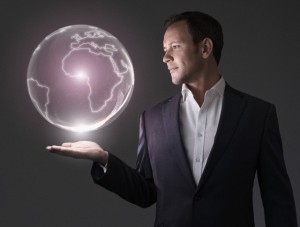 by David Corbin and Matt Parks

Given the recent storms that have all but shut down the eastern United States, the New York Times might wish it had a little better timing for last week’s feature opinion piece, “The End of Snow?” The hook was the Olympics: the article opened with the attention-grabbing suggestion that only six of the nineteen former Winter Olympics host cities may still be cold enough to stage the Games in 2100.

The good news is that for now, at least, if Sochi can’t do it, there’s always Atlanta.

Climate alarmists are not known for their sense of humor–especially when this week’s/month’s/year’s/decade’s/century’s/millennium’s weather doesn’t fit their models (make the wrong joke–and get too many laughs–and you might get sued). What is now ritually characteristic of their arguments, however, is the clinching claim (in the words of the NYT piece): “This is no longer a scientific debate. It is scientific fact.” Or, as the President put it in his State of the Union Address, “The debate is settled. Climate change is a fact.”

But what exactly is scientific fact? Three paragraphs in, the NYT article says “the planet has warmed 1.4 degrees Fahrenheit since the 1800s [1880].” This, at least, could be a fact, though it plainly rests on more assumptions about our ability to make precise measurements across time and space (and generalize accurately from them) than one expects from your typical scientist in a white lab coat. One cannot know that the planet has warmed 1.4 degrees over the last 134 years in the same way that one can know that the acceleration of gravity at the earth’s surface is 9.81 m/s2.

Of course, if climate scientists were content to make carefully-framed claims about the past, they would earn very little space on the editorial pages of major newspapers–and many fewer millions of research and humanitarian prize dollars. The real money for them and for the statists who trumpet their claims comes in dramatic projections for the future, which are facts only in the sense that someone posited them. One emphatically cannot know that the planet will warm seven more degrees over the next eighty-six years, the precondition for the projected Winter Games apocalypse.

We are not meant, however, to distinguish the observed from the projected. It’s all “scientific fact,” goes the fundamentally dishonest claim–all the more dishonest because the most memorable assertions are so often the least well established.

And it is dishonest in still one more way: that it hides a great lacuna in the speaker’s argument. President Obama’s claim that “climate change is a fact” is, in one sense, utterly trivial: patterns of weather do not remain the same. We could just as well claim that “regime change is a fact.” But, again, we are not meant to notice this or take this to be the president’s meaning. The line is delivered with gravity; it is greeted with applause. Everything about it, in other words, is meant to suggest that something weighty has been uttered and that the policy implications that follow from it are obvious.

Progressivism came of age a century ago with the social sciences that now too often seek to short-circuit our public policy debates. It took for granted that “scientific facts” could push mere “values” to the outer boundaries of the public square in a space reserved for fanatics, ideologues, and other separatists from the “reality-based community.”

The American founders’ understanding of political knowledge was very different. On the one hand, they believed that practical reason was to be guided by certain self-evident truths, knowable to all. On the other hand, these principles, even when recognized, left open many particular questions, the answers to which (if, in fact, there were any answers) could only be worked out provisionally, subject always to the correction of more careful reasoning and additional experience. Thus, while Progressives propose serial restructurings of our entire way of life based upon their tenuous conjectures, the Founders wanted us to nibble away at our most obvious problems within the boundaries of our limited knowledge.

In Federalist 31, Alexander Hamilton illustrates this difference by introducing a very practical topic, the taxing power of the national government, with an unexpected discourse on epistemology:

In disquisitions of every kind, there are certain primary truths, or first principles, upon which all subsequent reasonings must depend. These contain an internal evidence which, antecedent to all reflection or combination, commands the assent of the mind. Where it produces not this effect, it must proceed either from some defect or disorder in the organs of perception, or from the influence of some strong interest, or passion, or prejudice.

After providing examples of first principles in geometry, “the whole is greater than its part; things equal to the same are equal to one another; two straight lines cannot enclose a space; and all right angles are equal to each other,” Hamilton adds that foundational maxims are also the best starting point for considering controversial matters in politics and ethics–not because they settle the matter, but because they constrain the debate, as he put it in Federalist 23, to “rational” alternatives.

Central to his defense of the power granted to the national government in the proposed Constitution, for example, is the political axiom that “means ought to be proportioned to the end; that every power ought to be commensurate with its object; that there ought to be no limitation of a power destined to effect a purpose which is itself incapable of limitation.” Hence Hamilton’s argument that our union would be made more secure if the general government could draw upon all the revenue necessary to secure its defense against foreign invasion and domestic insurrection.

But just as political discourse might be clarified by employing first principles, it could also could be confused if interlocutors abandoned foundational propositions. The least helpful critics of the Federal Constitution had rejected it not on the basis of a sober consideration of  “the constitutional operation of its intended powers,” but by making the unreasonable (and irrefutable) charge that those who had designed the Constitution were usurpers-in-waiting.

Did these critics deny the axioms of geometry too? Probably not–but as Hamilton notes, there are few interests or ideologies touched by the definition of a triangle. In other words, what distinguishes political self-evident truths from mathematical ones is not so much the certainty of the claims, but men’s reaction to them.

Thus we often find today otherwise distinguished scientists speaking in vacuous and irrefutable platitudes when they enter the political arena. Consider the statement made a few days ago by the president’s senior advisor on science and technology (and former Harvard professor), John Holdren: “Weather practically everywhere is being caused by climate change.” Any student who wrote that on a lab report would certainly fail Professor Holdren’s Environmental Science 101. But a statement capable of passing that class would certainly fail Progressive Politics 101: “There is some evidence to suggest that the high incidence of drought in recent years may be linked to the level of carbon dioxide in the atmosphere that results from human fossil fuel consumption.” That may or may not be true, but it’s honest science–and politics.

Hamilton’s example in Federalist 31 on the subject of taxation suggests that the best defense against political unreason is to return to first principles. In ennobling political discourse through a steady reference to the science of politics, we might limit the damage done to the public good when politics devolves into simple hand-to-hand combat between self-interested parties.

What makes the current discussion of climate cha