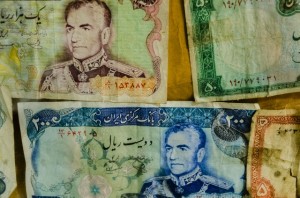 Last Saturday night the P5+1 nations (US, UK, France, Germany, Russia, and China) signed a limited agreement with Iran that paves the way for something which potentially would be very significant not only for security reasons but also for economic and financial ones. To some effect the sanctions imposed (especially the financial ones over the course of the last 18 months) have produced some fruit in the sense that the financial strains depleted reserves, contributed to high inflation, and thus formed the background for the new Iranian government and its willingness to accept an agreement that analysts just ten days ago thought was too one-sided (in favor of the west) with the danger that Iran may reject it. This temporary agreement paves the way that within next year a major treaty could be achieved that will start liberating markets forces in a crucial region which can contribute significantly in the collateral needed for credit and money creation.

The views expressed on AustrianCenter.com are not necessarily those of the Austrian Economics Center.
hayek_admin2019-01-14T06:41:12+01:00