The Privatization of Water Services

The Privatization of Water Services: A more and more important issue, also at the 10th European Resource Bank Meeting in Vienna. The audience had the chance to listen to Herbert Oberhänsli (Head of Economics and International Relations, Nestlé Group, Switzerland), to Carlo Stagnaro (Director Research and Studies, Instituto Bruno Leoni, Italy) and to Tom Miers (Director of New Direction).

Tom, how would you sum up the whole discussion around this topic?

I thought it was a very interesting discussion because it is really at the very edge of the possibilities of introducing liberalization and market competition into industry.  I thought it was very interesting how the concepts of liberalizing the water industry are really quite a kind of left field idea, which is unfamiliar to many in the audience.  I think the discussion brought out some of the issues very well: How can you introduce markets into an industry that is so structured and such a basic piece of most countries’ infrastructure.

At the end of the debate the value of water was compared to the value of “electricity” or to “Telecoms”.  Is it possible to compare the values?

I think it is. In the case of water, the network itself is of much greater proportion of the overall value chain of the costs involved in the industry.  The obvious scape of production at the retail and production ends is obviously more limited than in the case of gas and electricity, and certainly in Telecoms.  However, that doesn’t mean to say that we shouldn’t attempt competition in the retail and production sides.  And then you never know, you have to keep an open mind and all sorts of possibilities might arrive in the future for new ways for introducing competition into the network itself.  For example, when new infrastructure is being built there is no reason why new actors can’t come into the market. 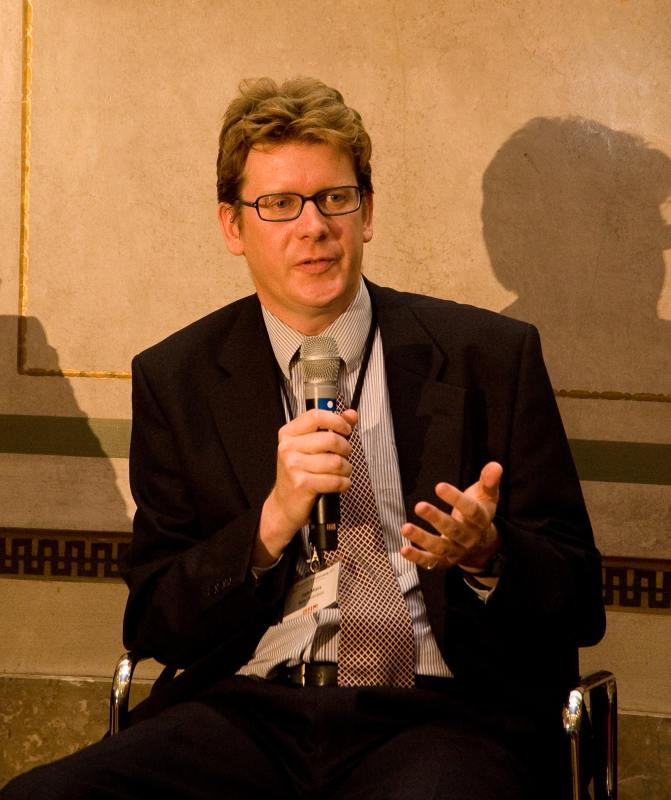 Let me go back, I remember the water issue was brought up 15-20 years ago: During this time experts were sure that the next wars would be fought about (drinking) water…

…that’s something I talked about in my talk.  One of the advantages of commercializing an important commodity like water is you can take that out of the field of conflict and the natural competition for resources that often happens between countries and it has always happened historically.

Even as resources are becoming more and more limited?

I think so because the resources are distributed more effectively in a competitive environment through competitive trade as we know.  That kind of structure encourages investment as well, which should improve productivity and production as well as encouraging more efficient consumption because you have a proper pricing mechanism for consumers. I think there is something psychological that happened with bread as a commodity that hasn’t happened yet with oil, where I’m sure that 3000 years ago if we had had a referendum on whether or not we should privatize the bread industry you probably would have gotten a 95% no vote in a referendum. Nobody conceives of the bread anymore should be a nationalized industry with no competition.  It is now accepted as a commodity which is traded normally.  As a result it is completely uncontroversial as an industry even though it is such a fundamental necessity to live.  Oil on the other hand is still a source of deep conflict.  Water is somewhere in the middle and we should be moving it further toward the bread model and away from the oil model. 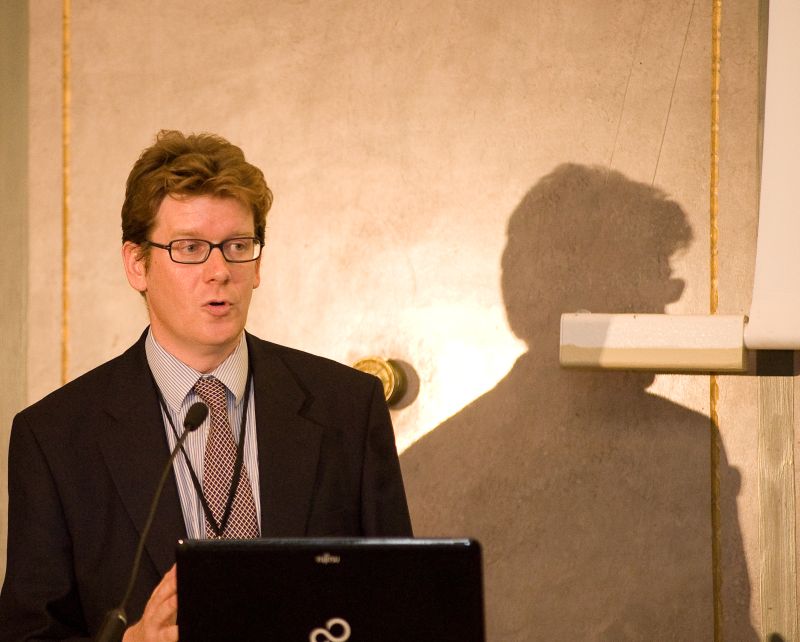 Tom Miers is Director of New Direction, the Foundation for European Reform, a Brussels think-tank dedicated to promoting the values of limited government, free markets, and reform of EU institutions across the continent. He was Executive Director of the Institute of Economic Affairs in London and co-founded the Policy Institute think-tank in Edinburgh. He has also run his own business offering policy advice and economic research services. He is author of a number of books including Democracy and the Fall of the West (with Craig Smith). He lives in Belgium with his wife and two sons.

The views expressed on AustrianCenter.com are not necessarily those of the Austrian Economics Center.
hayek_admin2019-01-14T06:45:27+01:00