"The smaller, the more independent the better" 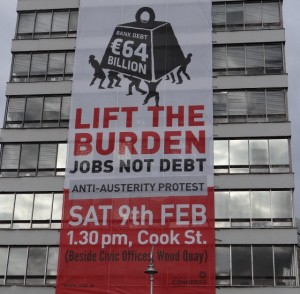 The central question for Europe is at the same time the topic of the 2013 Free Market Road Show (May 8th – June 27th):

Will austerity programs alone save Europe?

Interview with Dr. Barbara Kolm, host of the Free Market Road Show 2013, Director of the Austrian Economics Center and President of the Friedrich A. v. Hayek Institute in Vienna, Austria.

Please can you tell us more about the 2013 Free Market Road Show initiative? What will be its major objectives?

In your view, to what extent will this event help the concerned countries to improve public understanding of key topical economic and social questions?

After three years of near stagnation, the mood in Europe is definitely gloomy. Many people, not only in the southern European countries, doubt that the current European model has a future.

I am sure there is little room for optimism and the Free Market Road Show 2013 will confirm my view: A deep and wide ranging reform process must take place. Europe has to reform the financial and product market.  Reforms in those markets are in turn putting pressure for reform in the labor market. Reform in the labor market will eventually take place, but not overnight and not without political tensions. These tensions have dominated and will continue to dominate the news; but they are a symptom of change, not a reflection of immobility.

The Free Market Road Show 2013 will pick up this topic and give us a detail view on all the reforms that are unavoidable. Of utmost importance is the will to implement deep structural reforms. These might hurt, but without Europe doomed.

What is the impact of the FMRS towards improving the European crisis? Has AEC provided a series of analyses necessary to guide through the EU crisis?

The best way to answer your question is by giving you my personal analyses: Economic growth cannot be created due to lack of productivity in the southern countries. Living beyond our means we need to stop spending other people´s money, cut down the welfare state and big governments.

Meanwhile seventeen European countries have ditched the drachmas, marks and other bills that symbolized their sovereignty to embrace a single currency, the euro, lending new power to their economic and trade block. With more governments using the euro like a credit card, it was only a matter of time before investors questioned their ability to repay debt. How they handle this problem could either propel Europe to greater economic and political clout in the decades ahead, or downgrade it to a sideshow in a global economic theater directed by China, India and the United States.

The disagreement about monetary and fiscal policies have even broader effects on the relations among European countries, creating conflict rather than political harmony or economic stability that many of the European Monetary Union´s advocates seek.

The economic consequences of the EMU are negative: Imposing a single interest rate and an inflexible exchange rate on countries that are characterized by different economic shocks, inflexible wages, low labor mobility and a national system of taxes must raise the overall level of unemployment among the EMU members.

FMRS has started since 2008. What have been some of the tangible results of this event through years?

Over the last years, since the Free Market Road Show started we came to the following conclusion: The EU’s central problem is that its solution to everything is to impose an extra layer of government, generally unaccountable to the European citizen except in the most theoretical sense. One size fits all policies do not work.

We have warned our audience to prepare against the financial crisis long before it hit Europe. We have discussed the negative consequences of the welfare state and the sovereign debt crisis. Last year we debated alternatives to the Euro solution. In short, we are trendsetters for economic topics and present alternative solutions. Just more of the same has never succeeded.

The downside of this approach was described and reconfirmed by a study called “Economic Performance and Government Size”, published by the European Central Bank:

In other words, it does not matter much whether Scandinavian governments, efficient and non-corrupt, are oversized, but government bloat matters a great deal in places like Italy, Greece and the Balkans.

But we made additional conclusions as well:

The EU bureaucracy has especially bad institutional quality, compared to other governments. Its top officials are duplicated three or four times, it has almost no democratic accountability, and its decision-making is both corrupt and ideological, with very little attempt to serve the interests of its citizens. Hence, the inexorable growth of EU government can be expected to have an especially large negative effect on European economic performance.

Perhaps the answer is very strong linked to the question: What are the future positions of the European Union? The crisis should lead to political unity, but it could just as easily lead to a divided Europe.

Germany and other wealthy northern European nations find themselves transferring taxpayer´s money already to support their „poorer kin“ in the south, among them Greece, Portugal, Spain and Italy. Britain, one of Europe’s wealthiest nations, saw the writing on the wall and never surrendered its pound.

At the end of the day each single country has to consider very carefully before joining the European Union.

In short: the smaller, the more independent the better! Use these facts as competitive strategic advantages. Be different! Forget one size fits all and remain a proud, independent, sovereign nation.

The views expressed on AustrianCenter.com are not necessarily those of the Austrian Economics Center.
hayek_admin2019-01-14T06:48:50+01:00