The State as a Metanarrative

How the postmodern critique can augment the libertarian one 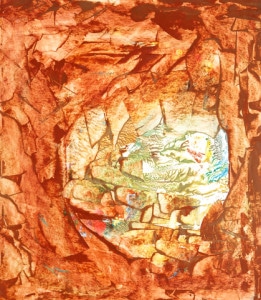 Most people don’t see postmodernism and libertarianism as sharing much in common. After all, the former refers to a philosophical trend embraced by largely leftist academics over the past half-century, while the latter refers to a political ideology of limited government that many characterize as center-right, originating to a great degree in the Enlightenment. One would be hard pressed to find someone subscribing to both schools of thought.

But have libertarians too quickly dismissed postmodernism without critically examining the philosophy in depth? Some of its elements are compatible with libertarianism and can enhance the libertarian critique of the State.

Libertarian stereotypes of postmodernism have a grain of truth. Foremost, postmodern philosophers are notoriously obscure in their writing. Trying to comprehensively understand the work of thinkers like Jacques Derrida or Judith Butler is extremely strenuous, leading many who undergo the task to abandon the project altogether. Such opacity is the unfortunate result of a French intellectual culture that emphasizes density over substance. As Michel Foucault famously remarked to the American philosopher John Searle, “In France, you gotta have ten percent incomprehensible, otherwise people won’t think it’s deep—they won’t think you’re a profound thinker.”

Furthermore, it’s difficult to pinpoint an exact definition of postmodernism, since most so-called postmodern academics deny that they’re such. Derrida, Butler, and Foucault have all shunned the term at one point or another, despite their work being largely classified into the same school of thought. Adding to the confusion, historians have trouble distinguishing postmodernism from modernism, its supposed predecessor. As literary critic Andreas Huyssen once said, “One critic’s postmodernism is another critic’s modernism.”

But a comprehendible explanation of postmodernism does exist. The clearest definition probably comes from the French philosopher Jean-François Lyotard, who wrote in 1979, “Simplifying to the extreme, I define postmodern as incredulity towards metanarratives.”

As the word’s etymology implies, metanarratives are narratives about narratives, giving a grand structural story to human history. In plain English, they’re the tales we’ve been told all our lives about existence from various perspectives. Christianity’s metanarrative, for example, is that humans have been sinful since Adam and Eve’s fall in the Garden of Eden, but there is hope for salvation in accepting Jesus Christ as our Lord and Savior. The Enlightenment’s metanarrative is that rational thought grounded in empiricism leads to human progress. Marxism’s metanarrative is that the history of the world has been one of class oppression, and a revolution of the proletariat is the only solution to end poverty, scarcity, and injustice.

Postmodernism, as Lyotard explains, is fundamentally defined by skepticism toward these metanarratives. The postmodernist examines, scrutinizes, or “deconstructs” such metanarratives (as Derrida would say), calling into question the premises behind metanarratives’ assumptions. Contrary to the common stereotype of postmodernism muddling philosophical thought, the underlying aim of the school of thought is ultimately to bring greater clarity to our complex world.

How Can Postmodernism Be Libertarian?

Much like various religions and philosophical schools, the government tells its own metanarratives to justify its purpose in exercising a monopoly on violence. Every citizen is familiar with the State’s metanarrative, especially if they’ve read a little Hobbes. Namely, the government monopolizes violence in order to prevent society from devolving into chaos.

Massachusetts Senator Elizabeth Warren provides a contemporary example of this metanarrative in a 2012 speech that President Obama famously regurgitated later that year:

A good postmodernist, therefore, would challenge this metanarrative, questioning Warren’s underlying assumptions about the State being a necessary force of protection and progress in a cruel, Hobbesian world.

Do roads have to be publicly funded, or do contemporary examples point to the possibility for large-scale networks of private thoroughfares? Does education have to be a function of the State, or would a truly free market provide schooling? Do police always serve to protect, or do they create more violence than peace? Would life truly be “nasty, brutish, and short” without the State, or can market coordination provide the peace and prosperity needed for individuals to flourish?

In this way, a postmodern outlook on politics could be a libertarian one, calling into question the government’s power structure, which has been thoroughly rationalized and accepted for centuries. While most left-leaning postmodernists may shudder at the thought (and libertarians for that matter), these two schools of thought can indeed be compatible.

A postmodern political outlook, however, would not simply reaffirm libertarians’ radical questioning of the State. Many postmodern philosophers like Foucault have pushed beyond this, toward analysis of society, in ways that can add meaningfully to traditional libertarian analysis.

Foucault, for instance, was interested not just in how the State directly regulated society through coercion, but also how indirect arms cultivated citizens to regulate themselves—what he coins “biopower.” According to Foucault, the State has “numerous and diverse techniques for achieving the subjugations of bodies and the control of populations” beyond the traditional institutions of coercion (like the police, the military, and the judicial system).

Hospitals, for instance, regulate a social norm of how to care for one’s own body. Mental institutions regulate what “normal” behavior is. Schools regulate what historical knowledge and political attitudes citizens should be taught.

As German sociologist Thomas Lemuke summarizes Foucault’s view, “What we observe today is not a diminishment or a reduction of state sovereignty and planning capacities but a displacement from formal to informal techniques of government and the appearance of new actors on the scene of government (e.g., NGOs) that indicate fundamental transformations in statehood and a new relation between state and civil society actors.” The government’s reach into civil society has become so broad through indirect means like grants, tax breaks, accreditation, and regulations that it is constantly creating and reinforcing norms of how a citizen should act—and, in turn, justifying itself as society’s protector.

What’s interesting about this analysis from a libertarian standpoint is that these indirect institutions of the State have so often been wrong throughout history. Hospitals once displayed posters of a Department of Agriculture-approved food pyramid that encouraged citizens to eat largely grains and less meat, only to replace it in 2005 because of nutritional concerns. Mental institutions once used severe shock treatment for a number of psychological ills such as depression. Public schools once showed their students public service announcements warning children of the danger of homosexuality.

The underlying point is that the State’s metanarratives allow it to exert control over the population. Even that point is something we can draw from postmodernism, though it’s not the only source of that insight. But the analysis—and even deconstruction—of metanarratives is postmodernism’s bread and butter. Libertarians can learn a thing or two from this. What’s more, it’s consistent with more familiar thinkers in our tradition, like F. A. Hayek, who saw government power as being at odds with a complex, emergent social order. (In fact, Foucault is believed to have developed an interest with Hayek’s work later in his life and encouraged students to read it.) Liberal economics and postmodern philosophy, then, can be seen as two sides of the same coin. Both call us to expose problems with the ways the State justifies its existence and perpetuates its own power.

The views expressed on AustrianCenter.com are not necessarily those of the Austrian Economics Center.
hayek_admin2014-04-01T10:07:06+02:00