The Tax Burden of Typical Workers in the EU 27 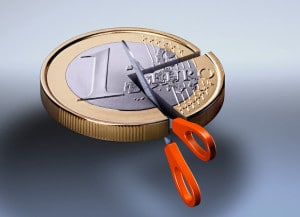 The purpose of this study is to compare the tax and social burdens of salaried employees in the 27 Member States of the European Union and, in doing so, determine a “tax liberation day” for individuals who are working in those countries. In addition, the study tracks year-to-year trends in the taxation of labour.

Numerous studies rank political systems by various measures of “economic freedom”. While valuable to economists, the aggregate data in these studies fails to shed light on the working individual’s role in financing their state and social security. In addition, many think tanks determine an annual “tax freedom day” for their countries. Unfortunately, conflicting approaches to this calculation make cross-border comparisons difficult. This study aims to create an “apples to apples” comparison of “real tax rates”, with data that reflect the reality experienced by real, working people in the European Union. Further, it serves as a guide to the true cost of hiring employees in each state.

Belgium is ranked as the European country which taxes the labour in the higher rate. In fact, an employer in Brussels now spends 2.52€ (0.07€ more than a year ago) to put 1€ into a typical worker’s pocket –and that worker’s tax liberation day is August 8. In opposite to Belgium, Hungary established a flat tax system since 2011 offering considerable tax relief for workers. Its tax rate of 16% has brought that country’s tax liberation day forward by 22 days over three years. Many of the purported benefits of flat tax rates have been proven true. Their simplicity facilitates compliance.

Their low, “not-worth-the-crime” rates have prompted many underground dealers to emerge as “legitimate” businessmen. While providing tax relief to typical workers, they have also been successful in increasing overall tax revenues. The flat rate is, after all, only a flat income tax rate. Social security contributions in these countries are far higher than in progressive systems. Moreover, 5 of the EU’s 6 flat tax countries (all except Bulgaria) have raised VAT rates since 2009, with Hungary implementing two increases totalling 7%.

An individual’s Real Tax Rate can be counted as following:

This percentage of 365 determines the Tax Liberation Day, the calendar date on which an employee (beginning work,
in theory, on January 1st) would earn enough to pay his annual tax burden.