The Volcker Rule and the Safeguarding of the Financial System: Time to Wind-Down International Toxic Risk 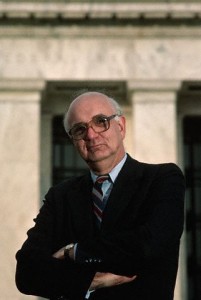 Next Tuesday U.S. regulators are expected to approve a stricter version of the Volcker rule. The latter prohibits banks from proprietary trading which was at the heart of the financial crisis not only in 2008 but also last year when J.P.Morgan lost more than $6 billion in derivatives trading. The rule named after the sage of the US banking system and former chairman of the US Federal Reserve Bank – who single-handedly designed the rescue the US financial system a few times in the course of forty years – has the potential of setting the cornerstone for the winding down of international toxic risk transmitted through big banks.

It is an established fact that it was big international banks which through the re-hypothecation of toxic assets and the collateralization of dubious paper, were the perpetrators of credit over-extension which almost melted the global financial system. Unless this tower of Babel is disintegrated, we are at risk of having another – much more serious – crisis within a few years time. With the stricter version of the Volcker rule the US financial system is positioned not only to become stronger and healthier but also to set a trajectory for new institutional arrangements that could change the landscape of credit creation.

It is fortunate that US regulators are determined to approve a version of the rule that not only is stricter but also seeks international collaboration, given the significant weaknesses especially of European banks. Our anticipation is that as the stricter version is approved by the regulatory agencies, a significant reduction in risk will start taking place. This risk reduction will re-allocate credit channels, and as this re-allocation is effected liquidity will increase rather than decrease as the big banks claimed. To para-phrase the chairman, the prosperity of the nation does not depend upon the ability to create debt and the corresponding debt instruments, but rather on the ability to create goods and services that advance the nation’s agenda. In that sense the Volcker rule also helps the country focus on what is important.

The hedging strategies of the big banks do not seem to mitigate risk. On the contrary they perpetuate the fattening of the tail risks and hence advance uncertainty. The expected version of the Volcker rule has the capacity of stopping that madness as well as the incentivization of a trading culture that rewards activity where traders make millions at the expense of clients and the public – which eventually has to bail them out – by advancing toxic instruments they cannot even comprehend.

The passing of the stricter Volcker rule is a major step in reforming the financial system which if accompanied by measures that enhance sound monetary measures and fiscal discipline, can set the trajectory for stronger economic growth that advances the interests of the nation rather than the vested interests of few international banks.

Our gratitude to the chairman and his staff – especially his chief of staff Anthony Dowd – for their steadfast leadership in this critical juncture.

The views expressed on AustrianCenter.com are not necessarily those of the Austrian Economics Center.
hayek_admin2019-01-14T06:40:49+01:00