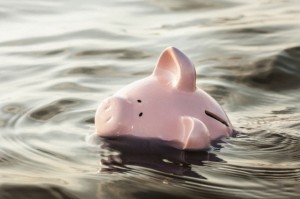 On April 29th, the new socialist President of the Republic of Chile, Michelle Bachelet, announced a commission that will revise the successful 35-year-old pension reform based on mandatory individual retirement accounts (IRAs). Bachelet declared that: “Today, more than 30 years of that time, it is our duty to check whether the system has failed or not with the promise with which it ended the public PAYG system.”

During her political campaign, Bachelet had already demonstrated her bias against individual capitalization by committing to change the system and the constitution. Moreover, during her first mandate (2006-2010), she had already altered the initial scheme, introducing the 3-pillar system and planting the initial seed for a future tragedy of the commons à la Argentina, Bolivia, Hungary and Poland.

To put the Chilean system in a nutshell: the amount of taxes that a citizen pays to social security goes integral to his/her own account, which grows with compound interest over the span of his/her working life. It is “forced” savings because it is a tax. However, the government doesn’t collect a penny, but it goes to a Pension Fund Administrator (PFA) of the citizen’s own choice. The key element of success is that individuals are free to choose—every month and to the click of a mouse—where do their savings go. This scheme allows competition among the PFAs to take place, which spills over the rate of return on savings. Over the span of thirty+ years, the Chilean system has offered its workers an average RoR of 9% above inflation.

Be that as it may, the only objective put forward by Bachelet was to evaluate whether the PFAs have been able to bring about a “fair” amount of benefits equivalent to the promises of payment of a PAYGO scheme. However, targeting benefit-fairness is disingenuous since most government promises are backed with unfunded liabilities, which makes the welfare State grow far and beyond. There is no private arrangement that can grow outside its means without eventually hurting its own constituents. Not even Bernie Madoff managed to pull that one off.

In other words, you cannot compare the fairness of a sound system based on trust funds, versus a coercive system based on a Ponzi pyramid, where the benefits are paid not out of the return on investment, but directly out of the current workforce and drawing upon a growing debt that might never be honored.

The real issue here is which system poses a greater risk of default. In simple words: how are they going to pay out the promises? As I have previously reported here and here, the Ponzi structure of a PAYG system—added to the increasing burden on younger generations who will not accept a social contract they never agreed to sign—strongly suggests that the money they promise today won’t be there tomorrow.

Among the commission experts, Nicholas Barr is Professor from the London School of Economics and well known for his “wide range of choice,” which offers unconstrained action for political intervention. Another member is Leokadia Oreziak, Professor from the Warsaw School of Economics and one of the greatest opponents of the Polish private pension funds by supporting the nationalization of 50% of the assets. According to economist Marek Tatała, Oreziak is now putting forward the nationalization of 100% of the assets, by destroying the pension funds and advocating a full return to the unfunded PAYGO system in Poland.

After a quick snapshot of the chosen ones, it is easy to forecast a solution based on government control and in detriment of individual choice. I wish not question the well-intended policy recommendations that will be crafted here, but a first glimpse suggests that the academic elite drafting the future proposal subscribe to the behavioral asymmetry bias, i.e. a paradigm that rests upon a romantic view of government, as I explain here. This view is behavioral asymmetric because it assumes that markets failures caused by self-interested actors in the private sector can be corrected by altruist individuals in the public sector. It is also “romantic” because it sees no government failure in the implementation of their design.

However, the ongoing tragedy of the pensions commons is unquestionable evidence of government failure and a clear example of how politicians, by and large, act in a symmetric self-interest alongside the private sector. Thus, the question we should be asking is what kind of failure will do a greater harm (market or government), and what kinds of regulations will do a better job in bringing the expected results (those planned by the few or those planned by consumers).

In these comparative analyses public pensions will always fall short, simply because they are not constrained by the profit and loss system and as such, they are bound to more inefficient outcomes. The depletion of the pension funds experienced by a growing number of Club SEP countries is a huge government failure happening in the backyard of Chilean citizens. The Bolivian and Argentinean tragedies should have already helped the population understand Pensions without Romance. But clearly this is not the case.

The ongoing depletion of the pensions second pillar is a robust signal that governments cannot offer a risk-free solution. Now, if Bachellet wishes to pose a normative task to the commission, she could better ask what risk are we willing to take, one that can be assessed individually, or one that leaves no room for human action?

That being said, a better question would be a consequentialist one, e.g. how do we improve the actual system and provide better mechanisms for a freer movement of assets, i.e. not only between a handful of Pension Fund Administrators (PFAs), but among a wider range of financial institutions? For example, lowering the legal barriers to entry in place today would eliminate the oligopoly, which would allow greater competition and as such, reduce administration costs, widen individual choice and most importantly: avoid the “too big to fail” moral hazard.

Therefore, a much better solution could come about by simply furthering individual choice, so people can “regulate” via a monthly vote—by moving their pension assets around—the inefficient PFAs out of the market. There is no further reform needed Mrs. President. If we really wish to constrain excessive administration costs and inefficient investment allocation, all we need to do is to expand the choices of individuals and strengthen competition. This will improve welfare and reduce deadweight losses. We do not need an Elite-sketched central plan.

However, the commission will most likely pull out statistical data to demonstrate the sustainability of a coercive PAYGO system via productivity gains. But that works only on paper, because younger workers will not accept the increasing burden bestowed upon them, reg