There Will Be Costs? 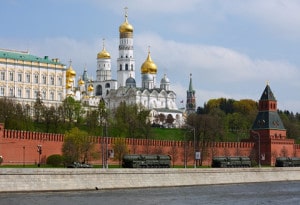 Ask any kid who goes to high school, and he will tell you. The 5 foot two freshman who weighs 100 pounds soaking wet, has Coke bottle glasses and stares at his feet as he goes down the hallway gets picked on a lot more than the 6 foot four tight end for the football team. Ask any kid who’s grown up in a tough neighborhood, and he will tell you. He joined a gang not out of a desire to get in trouble but out of a desire for protection. People leave you alone when they think there will be consequences for picking on you.

Collectively these individuals know much more, apparently, about national defense and foreign policy than the entire Obama administration.

There is more, of course, to international relations than simply the use of force. However, there is no greater responsibility for an American President than the national defense and keeping the peace. And, unfortunately, whether we like it or not, in the world in which we live maintaining the peace and protecting the country ultimately rely on a credible threat. People listen to us and avoid confronting us, because they believe we can and will respond forcefully if need be.

This President has, ever since he entered office, demonstrated that he has no comprehension of these facts.

In Iraq he failed to negotiate any agreement for the retention of American forces. He then withdrew all American military personnel from that nation and effectively abandoned it to become a client state of a hostile Iranian regime.

In Afghanistan, faced with a choice between surging the number of troops the Pentagon wanted to carry out their mission and taking a fundamentally different course focused not on nation building but on counterterrorism, he chose neither. He chose a weak, middle of the road course, and then made the matter infinitely worse by announcing in advance the exact date by which we would withdraw all our troops and concede the field to our enemies.

In Egypt President Obama first sided with the protestors in the streets then stood by largely silent while the Muslim Brotherhood and its Salafist allies attempted to reshape the nation into a radical Islamic state following a blueprint virtually indistinguishable from that of Al Qaeda. Finally, he did nothing when a military coup swept away any semblance of a move toward democracy and restored the previous status quo, which was effectively a military dictatorship.

In Libya this President stood by helplessly while our consulate was sacked and our Ambassador killed. His only real focus at the time of the event seems to have been on spinning the circumstances that lead to the disaster in such a way as to protect his bid for reelection. Since, he has done nothing of consequence to find and punish the terrorists responsible.

In Syria, President Obama first drew an ill-considered “red line” regarding Syrian use of chemical weapons and then, apparently terrified that he might have to back up his threat, devoted all of his energy to increasingly tortured efforts to back away from his own words. We are still working on destroying even that portion of Syrian chemical arms that they declared. In the meantime, the slaughter of innocents goes on unabated.

In regard to Iran, President Obama has effectively ignored its decision to intervene in the Syrian civil war. The presence of thousands of Hezbollah fighters in Syria is rarely mentioned, and the flow of arms to Assad’s regime, through Iraqi airspace, has drawn no response of any significance. Perhaps more unsettlingly, the Administration has made a strategic decision to strike a deal with Iran, which grants it a “right” to enrich uranium and may well lead to the Iranians successfully developing and fielding a nuclear weapon.

The Chinese have now essentially annexed large portions of the East China and South China Seas. They have confronted and boarded the vessels of numerous neighboring countries. They have affirmed their right to take even more forceful steps. We have responded by suggesting the need for a constructive dialogue and expressing our dismay at Chinese actions.

Individually none of these actions was necessarily fatal. In Iraq, for example, it may well have been that our best course of action was to remove our troops. However, collectively these actions have sent an unmistakable signal. We are no longer willing to back up our words with force, military or otherwise.

The consequences are obvious. We are no longer viewed credibly. Hostile nations are no longer concerned about what our response will be to actions taken against our national interest.

Vladimir Putin is many things. Above all, however, he is a realist and a student of hard power. He has taken Obama’s measure, and he has found him wanting.

A few days ago, shortly after Putin announced widespread Russian military “maneuvers”, masked Russian troops seized control of at least two airports and several communications sites in the Crimean region of the sovereign nation of Ukraine. Russian naval vessels blockaded Ukrainian coast guard vessels to prevent them from leaving port. The Russian press was filled with provocative articles regarding largely fictitious threats to ethnic Russians living in Ukraine. Russia and Ukraine seemed poised on the brink of war, and it appeared likely that the Russians would launch a full-fledged invasion of Ukraine.

President Obama felt the situation sufficiently grave to call President Putin directly, speak to him for a full ninety minutes and to threaten that there would be “costs” for any Russian intervention in Ukraine.

First, Putin asked the Russian Parliament to give him the specific authority to invade Ukraine. He was granted that authority by unanimous vote. Then the Parliament joined in a rousing chorus of the Russian national anthem.

Second, Putin expanded the scope of the ongoing Russian military action inside Ukraine. Russian troops fanned out across the countryside, surrounded Ukrainian military bases and demanded that all of the troops stationed there surrender. Then the Russian military sealed off the roads and rail lines leading onto the Crimean peninsula from the rest of Ukraine effectively annexing the entire region.

There are now, by Ukrainian estimates, 15,000 Russian troops in the Crimea. There are continuing reports of transport aircraft flying additional Russian troops onto Ukrainian soil. A Russian amphibious assault ship is apparently on its way to Ukrainian waters. Russian armored vehicles are moving routinely on Ukrainian roads. Journalists attempting to reach the Crimea are being turned away by armed men manning checkpoints flying the Russian flag.

There will be costs? There already have been Mr. President. And we and the Ukrainian people are about to pay even more.

The views expressed on AustrianCenter.com are not necessarily those of the Austrian Economics Center.
hayek_admin2014-03-07T10:17:27+01:00