Thought of the Day "Science, Humanitarianism and Human Evolution" 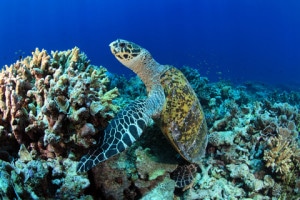 Do science, technology and humanitarian relief affect natural selection, in regards to the human species? Will these developments have unintended adverse consequences for the propagation of our species? In studying evolution, Charles Darwin developed the theory of natural selection, which stated that only the fittest of any species would survive. In simple terms, that meant the healthy, strong and intelligent. In the interest of improving the human condition, have we altered natural development?

Over the four and a half billion-year life of our planet, thousands of species from mammals to plants have come into being and subsequently died out; so, too, will man, at some point. It is the natural order of things. What allows one species to survive longer than another is the ability to adapt to such inevitable changes as weather, pestilence and predators. While Homo sapiens date back a mere 100,000 years, there has been life on Earth for a long time. The Trilobite, for example, dates to the Devonshire Period, 400 million years ago. In the last few years species such as the Pinta Island Tortoise and the Western Black Rhinoceros have died out. Other species have recently been discovered, like the Carolina Hammerhead Shark and the New Turkish Scorpion.

Better medicines and healthcare and improved humanitarian efforts, like the Feed the World Campaign that began in Ethiopia in 1984, have allowed millions of children to live that only a few years ago would have died. The population of Ethiopia, during the ensuing thirty years has grown from 34 million to 86 million. The country remains one of the poorest in the world, with an estimated annual income per person of $410. While mortality statistics have improved substantially, infant mortality at 58.3 per 1000 births is still one of the highest in the world, as is maternal mortality at 590 per 100,000. Humanitarian aid has allowed the population to expand, but has done little for the well-being of the people. In the West, drugs and healthier lifestyles have allowed the average person to live longer, while some relatively newer practices, like better sanitation, risk compromising immune systems.

A combination of wealth, education plus an awareness and availability of birth control have lowered birth rates in the West, while medicine, drugs and humanitarian aid have increased the survival rate of new-born babies and mothers in countries in Africa, the Middle East and emerging nations in Asia. For example, infant mortality in the Middle East and North Africa (MENA) dropped from 200 per 1000 in 1950 to 50 per 1000 in 2000. World Bank projections are that the world’s population, which is currently about 7.1 billion people, will expand to 9.6 billion in 2050. Of the 2.5 billion person increase in population, 1.3 billion is expected to come in Africa, and 90% of that increase will be in sub-Saharan Africa.

The shift in population has been dramatic over the past fifty years. In 1950, the four major land areas ranked in terms of population were: Asia, Europe, the Americas and Africa. Today, those areas are ranked: Asia, Africa, the Americas and Europe. Back then, Asia was only 50% larger than the Americas. Today, it is more than four times the size. Africa, today the world’s second largest continent in terms of population, with 1.1 billion people, had been the world’s smallest continent in 1950, with a population of 230 million. Those trends, in place for several decades, are expected to persist.

What do those trends portend for those of us in the West? Other than the certainty that our relative influence will decline, no one can say for sure. If one could chart the average intelligence of man over the last 60,000 years, it seems likely it would have shown steady improvement, at least through the end of the 19th Century. In part, that would reflect nature’s selection of the wealthy and powerful. In general, the wealthy were stronger, healthier and more intelligent. A child growing up in a rich man’s household two hundred years ago clearly had a better chance of survival than one growing up in a poor man’s home. Cleanliness, food and warmth would have been more amenable. Today, with greater public health awareness, improved medicines, better foods, shelter and heat the poorer among us have an equal (or almost equal) chance of surviving and thriving. Two hundred years ago, the world’s wealthiest families had the most children; today it is the world’s poorest families.

A couple of years ago, an Irish journalist, Kevin Myers wrote a controversial piece in Ireland’s Independent. He wrote, “Somalia is not a humanitarian disaster; it is an evolutionary disaster.” He noted that droughts are not uncommon in the country, occurring every five years or so. He suggested that an unintended consequence of humanitarian aid has been the surviving of children who were badly undernourished in their first three years of life; thereby impeding brain development, “breeding a population,” he wrote, “that cannot be educated.” I have no ability to qualify his non-politically correct assertions, but they likely have some validity.

Mr. Myers presents a problem, for which there is no inoffensive answer other than to suggest humanitarian aid alone does not work. It must be accompanied by education. To provide food, without lessons in farming, is not an answer. To provide medicine without teaching hygiene does not help. To live without freedom, or minus the incentives free markets provide, condemns the poor to persistent poverty.

The response to Mr. Myers report, especially from the Left, was to castigate him as an insensitive racist. They did so, in my opinion, because he touched on a “third rail” of global politics – the downside of indiscriminate humanitarian aid, designed as much to make the giver feel good, as to help the victim. The Right views the problem differently from the Left. In his book, A Conflict of Visions, Thomas Sowell wrote: “Among contemporary economists proposing ways of advancing Third World nations out of poverty, those representing a constrained vision [the Right] (P.T. Bauer and T.W. Schultz, for example) depict the peasant masses as a repository of valuable skills and capable of substantial adaptations to changing economic conditions, if only the elite will leave them free to compete in the market place, while those further to the left politically, such as Gunnar Myrdal, depict the peasant masses as hopelessly backward and redeemable only by the committed efforts of the educated elite.” Similarly, I have received dozens of e-mails – all from my left-wing friends – telling me that I am wrong whenever I have suggested that Middle Eastern countries are capable of maintaining democratically elected governments. The Right has more faith in the collective wisdom of the people than does the Left.

The problem with Sudan, Ethiopia and other sub-Saharan countries is not the people; it is their leaders and their system of government. And the problem with our aid is not the good that we do, but that we don’t accompany it with the promise of future prosperity that can only be achieved when free people operate freely in open markets, with adequate incentives. While capitalism does not produce equality in results, there has been no other system that has been so successful in raising the general level of prosperity. As an aside, it is for that reason alone that we should be concerned that the tide of democracy, which a few years ago seemed inexorable, now appears to be receding. The best way we can help people living in extreme poverty is to help them help themselves – as the old Chinese adage goes, give a man a fish and he eats for a day; teach a man to fish and he eats for a lifetime.

These are uncomfortable issues that many choose to avoid, but should we? While humanitarian aid is positive for the individual, is it positive for the species? We do not know, but it may weaken the species ability to evolve positively? Because of medicine and medical technologies and because of compassion, children will continue to be born and survive who, in another age, would have died of health complications or malnutrition. Growth, definitionally, means that we mess with nature. Environmentalists are quick to condemn man when he disturbs the natural order of other species, whether plant and animal. But on this subject they have been silent. Decency and respect for human life permits no other course than to help the impoverished