To NEET or not to NEET? 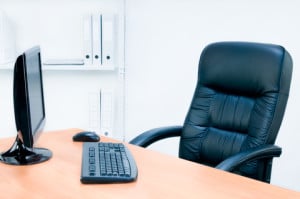 In September 2013, 5,584,000 young Europeans (aged 15-29 years old) were unemployed. Looking at the national figures, some statistics seem particularly desperate. In Spain and in Greece, the figures respectively reached 56.5% and 57.3% in July and September 2013.

Although very serious and disturbing, the figure of youth unemployment cannot provide a complete picture of the situation of European youth. Indeed those statistics only take into account the young people who are employed and those who are unemployed but considered as economically active – that is to say that they are actively seeking for a job and are ready to start working within two weeks.

To fill this gap, and in order to create a more realistic picture of the youth in the labour market, the specialists have developed a new indicator called NEET1. A NEET is a person who is “Not in Education, Employment, or Training”. This qualification is not limited to the economically active portion of young people : It lists not only the young people who work and those who are “actively” unemployed but also students and inactive young people who do not work, do not study and are not engaged in any training.

Avery comprehensive study has been published by the European Foundation for the Improvement of Living and Working Conditions (EuroFound) in 2012,entitled “NEETs, young people not in Employment, Education or Training: Characteristics, costs and policy responses in Europe”2. The results of this survey show that out of 94 millions of young Europeans aged 15-29 years, some 14 million are NEET3, including 5.5 millions unemployed people(i.e.economically active). Thus,if the amount of the unemployed people is deducted from the NEET figure, there would be 8.5 millions young persons who are economically inactive, not working, not studying and not involved in a training. These data show the limits of the unemployment figures. Politically, it seems particularly appropriate and wise to adopt a broader view of the situation of young people to the labour market in order to adapt youth strategies to the widest possible group. Indeed, one of the most relevant elements of the NEET is that it states the situation of apart of the youth which is sometimes completely discouraged by the labour market and does not seek any longer to integrate it.

However, the NEET figure also presents a very alarming rate, even more tragic than the unemployment’s one which is already deeply concerning. At European level, the NEETs are considered as one of the most problematic in the context of youth unemployment groups. For few years already, some analysts have started to talk about a “lost generation” sometimes referring as the NEET as a population of young people literally doing nothing. Apart from economical costs4 , the experts have pointed the societal costs of the NEETs. Indeed staying away from the labour market and from the professional reality may not only lead to a situation of poverty, but it could also be a factor of exclusion and social marginalization. It is considered that a NEET has bigger risks of social isolation, delinquency and total disengagement from the society.According to some studies, the risks of psychological disorders are also increasing for young people in NEET’s situation.

This alarming analysis should however be nuanced because it draws a picture far too homogeneous of a social phenomenon which is not that uniform. Indeed,under the acronym NEET lies a wide range of specific situations, sometimes very distant from each other. In its report, Eurofound identifies five main subgroups5 :

“The “conventionally” unemployed, the largest subgroup;

The unavailable, which includes young carers, young people with family responsibilities and young people who are sick or disabled;

The disengaged: those young people who are not seeking jobs or education and are not constrained from doing so by other obligations or incapacities. This group includes discouraged workers as well as other young people who are pursuing dangerous and asocial lifestyles;

the opportunity-seekers: young people who are actively seeking work or training, but are holding out for opportunities that they see as be fitting their skills and status;

the voluntary NEETs: those young people who are travelling and those constructively engaged in other activities such as art, music and self-directed learning.”

Looking at the different categories, one could easily notice that the situation of those young people is absolutely not homogeneous within the so-called NEET population6. Moreover, this heterogeneity is the main criticism made by the specialists towards the NEET qualification. This is why, as stated in the Eurofound report, it seems relevant to adapt a specific strategy for each particular category of NEET.

It is very difficult to present an overall figure five subcategories. Indeed, if the majority of NEET young people in Europe are unemployed and the other half is inactive (51.2% against 48.8%7) the proportions of NEET entering either subcategory vary from one country to another and from one time of the year to another.

In Japan, the term NEET is also widely used for official statistics and in the media. An interesting phenomenon appeared few years ago in this country where the value of work is almost sacred: while the media often label NEETs as disengaged youth, young people chose to claim this word in order to describe a new ideal of life. Thus the rather pejorative term NEET is claimed by some young people who refuse the currently difficult economic conditions and attempt to emancipate themselves from a society that they denounce as an only-consumerist one8. For instance, to illustrate this alternative political movement, may be mentioned the creation of a shop of used, disused and recycled products that overthrow the dictatorship of new and novelty aims. Far from being inactive, Japanese NEETs have a website, “All Nippon NEET”, where are broadcasted their political discussions. Thus, the word is used by young people who are voluntarily choosing not to work -sometimes describe by commentators as an “NEET elite“; their slogan being “Let’s not lose our life trying to earn it”.

If such lifestyle choices are not accepted by all parts of the society – who believe that these young lose their “professional and economic potentials”-, it is hopeful to note that these young people who are NEET -probably at the beginning because of economic circumstances- undertake in an active way and continue to participate in the social life of their country. It would be opportune to question the existence of such networks in Europe, and to analyse their potential developments. It seems in fact that this kind of commitment could – if framed- serve as an answer to youth disengagement with respect to society.

This example urges to use with caution the term NEET. Not only because it does cover lots of different situations, but also and mainly because it could be seen only as a pejorative categorization that would lead to fatalism. While describing a rather difficult state of the situation of young people, it is interesting to observe and maybe encourage the reappropriation of the term by young people decide to not undergo the crisis

The views expressed on AustrianCenter.com are not necessarily those of the Austrian Economics Center.
hayek_admin2014-04-28T10:28:34+02:00