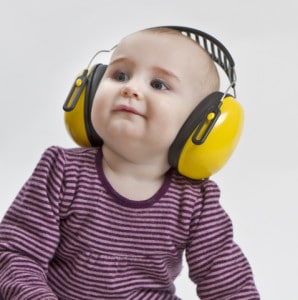 Trigger warning: This essay was written by one who feels no need to check his gender, race and class, and who does not apologize for offending readers who may suffer feelings of inferiority due to racism, classism, sexism, heterosexism, cissexism, ableism, or other issues of oppression.

For more than a decade, feminist blogs and forums have used the term “trigger warning,” or simply “TW,” to alert victims of sexual abuse that they may want to avoid certain articles or pictures online. While concerns about trigger warnings have been around for a while, what prompted the recent spate was a disturbing letter from Dylan Farrow, adoptive daughter of Woody Allen, accusing him of sexual molestation when she was seven years old. The letter was printed in the New York Times on February 1. Six days later Mr. Allen wrote a denial, claiming her memories were “implanted” by her mother, Mia Farrow. I have no idea who is telling the truth and that isn’t the purpose of this note. What was interesting is that following publication the blogosphere became inundated with tweets – varied in terms of where responsibility lay – but consistent in that all suggested the letter should have been preceded with a “trigger warning” label, the contents might prove sensitive to those who had experienced such molestation.

The desire to protect children against depictions of violence and explicit sexual encounters is endemic to parenting. At the same time, fascination with the forbidden is as old as mankind. Nevertheless, despite hands thrown in the air in despair, generations of young have matured into emotionally healthy adults – or, at least, reasonably so. Our fathers and grandfathers (and mothers and grandmothers, in some cases) returned from the Pacific and Europe following World War II, having witnessed brutality on an unprecedented scale. Post Traumatic Stress Disorder (PTSD) was then called “battle fatigue” or “combat neurosis.” Many returning vets had trouble adapting, but most did not. They simply chose not to speak of what they had seen. Could modern psychiatry have provided better tools that would have allowed these people to live more productive lives? Perhaps. However, those returning vets helped power the American economy become the biggest and most powerful in the world. They were instrumental in the passage of Civil Rights legislation. They helped lay the foundation of a society richer and more inclusive than the one they inherited. Tom Brokaw dubbed them the “Greatest Generation.”

With exceptions like Norman Mailer’s The Naked and the Dead, most literature and films in the immediate post-war years avoided the violence and gore that war begot. Sex was handled demurely. Emotional issues like race and homosexuality were shunned. The country was prudish and protective, and even censorious. There were a few on the fringe, however, who argued that the bloody sights of battlefields, the viewing of internment camps where hundreds of thousands had been brutally killed and the watching millions of displaced persons wander homeless across Europe was a dose of realism necessary for a generation of younger Americans to understand the brutality that man can inflict on man.

While pornography had always been around, beginning in the ‘60s, attitudes toward violence and sex began to change. Movies like “The Godfather,” “Jaws,” “Clockwork Orange,” “Psycho,” “Lolita” and “The Story of O” introduced violence and graphic sex that hitherto had been banned. While my grandparents would have been shocked and my parents would have frowned, our sensitivities were not irreparably harmed; we survived and most did not become rapists or murderers.

Today’s trigger warnings are not completely completing the circle. Trigger “warners” are not outlawing violence and sex, but their progenitors feel that viewers and readers must be warned, not just against violence and sex, but about racism, classism, cissexism, ableism and, according Oberlin College, “other issues of privilege and oppression.” (Cissexism, for those not in the know, is discrimination against anyone who is transgender and ableism for anyone in a wheelchair.)

We have come a long way from ratings and rules that were based on decency, respect and commonsense. Wellesley College students have objected to a lifelike statue of a creepy, sleep-walking man in his whitie-tighties because “it has triggered memories of sexual assault amongst some women.” Does this mean that the lasses of Wellesley should not be allowed into the Galleria dell’Accademia in Florence to see Michelangelo’s David? After all, David is more threatening, since he has just killed Goliath, or is about to. Wellesley’s statue suggests a drunken Harvard freshman groping his way back to Cambridge early on a Sunday morning. He doesn’t look like a rapist and it sure doesn’t look like art. It just looks ridiculous. Wellesley students would have a good case if their objections were aimed at the Trustees who had wasted money on such an absurd sculpture.

Being respectful of others should be second nature to a civilized society. But when we allow a few college-student wackos to demand “transformative justice,” to determine what speakers will address graduations, and what courses should be preceded with a “trigger warning,” have we not placed the inmates in charge of the asylum? At Rutgers, an opinion piece in the student newspaper demanded that trigger warnings be affixed to works of great fiction: Huckleberry Finn depicts slavery; The Great Gatsby has scenes of misogynistic violence; Virginia Woolf’s Mrs. Dalloway discusses postwar traumatic feelings and suicidal inclinations; Moby Dick, a peg-legged captain; The Merchant of Venice contains anti-Semitism. All such books, in the opinion of the writer, should come with warnings, but not Fifty Shades of Grey?

Before having the [temporary?] good sense to shelve the idea pending further debate, Oberlin College codified trigger warnings into its teacher guide, telling professors to avoid “triggers” in their classrooms, “triggers being anything that might cause trauma.” The University of Michigan, George Washington University, UCSB and other schools are seeing similar requests from students, who seem intent on extending their time at university before making there way into the real world. As a professor of politics and East Asian studies at Oberlin said: “If I were a junior faculty member looking at this while putting my syllabus together, I’d be terrified.”

As of yet, no student has suggested blacking out film clips of 9/11 or the Boston Marathon bombing, but this desire to live in a cocooned world of intellectual, emotional and physical comfort is a dangerous form of escapism. The real world cannot use trigger warnings against unpleasantness, a fact today’s students, in the comfort of their colleges and universities, should understand.

The views expressed on AustrianCenter.com are not necessarily those of the Austrian Economics Center.
hayek_admin2014-05-22T08:47:47+02:00