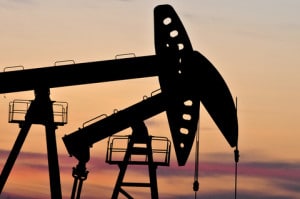 I have recently experienced a discussion with environmentalists, which was as frustrating as it was educational. The discussion started around the concept of economic growth, to which environmentalists are often ideologically opposed, but quickly turned into a rather cross-paradigmatic attempt at educating the other side really only talking past each other. I, as an economist, was quickly dismissed by the environmentalists for being an economist and for that reason “fundamentally naïve” and “completely in lack of knowledge” of economics. The reason? I did not realize, they claimed, the strictly physical limitations to economic reasoning.

While I didn’t take their word for it, which is hard to do when being lectured in my own area of expertise, they also refused to consider what I had to say. The difference here is that both sides talked about my expertise: economics. While they were beyond reach of any theory or argument, it quickly became clear that the problem was their environmentalist understanding of what makes a resource. To them, a resource is strictly its physical composition – wrapped in economic terms.

What they argue is really a fundamental contradiction that emanates from a limited understanding of something of a straw man type of economics. This is easy to see if we use an example to illustrate their thinking. Peak Oil is known well enough to function as an example of how environmentalists go wrong in their own reasoning. This theory doesn’t really say that “we’ll run out of oil,” as it is often interpreted in everyday discourse, but is a theory that says that the rate of extraction of oil (petroleum) will at some point have reached its maximum. After this point, extraction rates will fall (if not plummet).

This is really a truism based on the fact that there is only so much oil available for extraction. So to say “we’ll run out of oil” is a simplification that is in line with the assumptions of Peak Oil theory, though is not the theory per se. Yet, of course, it is used as an argument by environmentalists that we will indeed run out of oil.

However, what they’re missing here is that there is absolutely no reason to assume that we need or are dependent on a specific “rate” of extraction. This is a highly arbitrary and anti-economic assumption that it would be very difficult to find persuasive argument to support. But for the theory to be at all relevant this has to be the case. And this is of course how it is used by environmentalists.

The problem is that we are not really dependent on oil and we are not really in trouble if we run out of oil. Where there is a real market, prices reflect the present levels of both supply and demand and take into account necessary reinvestment for future supply. Like we learn in introductory economics courses: when we start running out of the resource, the price tends to rise to account for this fact. At that point, the economy starts producing alternative resources that suddenly appear “worth it” but previously were not.

This means, in effect, that we will never run out of a resource. It also means that the physical composition of oil – indeed, the concept of oil altogether – is completely unnecessary for the economic analysis of economic growth. A resource is really whatever is considered of value by producers aiming to please consumers’ needs and wants. It doesn’t have to be a physical good, though throughout history it generally has been. As we slowly enter the information age, it is important to acknowledge the fact that non-physical concepts such as “knowledge” or “information” can be more valuable factors of production than actual natural resources.

What this means is that the physical reality in which we all live and act is not, as environmentalists claim, a strict limitation (if at all a limitation) to economic growth, prosperity or civilization. From a social or societal point of view, the physical dimension of resources is reflected in the market price – but there isn’t really all that much more to it. Value is a subjective and intangible concept.

This amounts to a – to many – mind-boggling insight: that the physical dimension is not really limiting economic activity or value creation, it is but a fact that is sort of incorporated in it. I would go further and argue that the physical dimension is in fact limited by the economic dimension. While this is completely beyond the imagination of environmentalists and foreign to their ability to understand, there is a great deal of truth to it. From a social (that is, economic) point of view, the physical limitations of resources (their limited quantity) is of no importance unless they have been valued. Anyone knowledgeable in economics would subscribe to the idea that a “resource” (physical thing) that is not used for any purpose is of no value and therefore is of no concern to us. (Perhaps environmentalists will subscribe to this statement as well, though not its implications.)

If it is of no concern because we see no use for it, then it really isn’t a resource. It is just stuff or matter. And then there is no point to analyzing it. If this is not the case, that is if we find a use for it, we immediately see two things: (1) it has value, and (2) it exists in a scarce economic quantity. At some point, the cost of extraction exceeds the value of its use.

See what happened here? We really took Peak Oil and “economicized” it. What matters is not how much (quantity) oil there is and whether we are technologically equipped (with or without innovations) to extract at a rate that is higher or lower than now. What matters is if the cost of doing so, which is the total social cost in a functioning market, is lower or higher than the value perceived in its use. It is really a resource only when the cost is lower than the perceived value of use.

The error the environmentalists I talked to made over and over again was conflating physical resources with economic resources, and then concluding that economics cannot account for depletion of physical supply. But whether or not we “run out” of oil, as is the implication of Peak Oil, is really irrelevant from an economic point of view. It is not irrelevant, as as environmentalists eagerly claim, because economists are only interested in money and don’t care about sustainability. It is irrelevant because it is not the oil itself that is a resource – it is our [intended] use of it.

It is highly unlikely that we will run out of oil simply for the fact that as the cost of extraction increases we will see alternatives emerge, so we will already have adjusted to other sources of energy when we get to the point where there isn’t “enough” oil (though the word will have lost its meaning at that point – oil will be no resource).

The claim these environmentalists were making was that I, the economist, had very lacking knowledge in “basic physics.” This is why I argued so naively and, frankly, was so stupid. Whether or not this lacking knowledge is a true statement or not is however completely beside the point. A historical example makes this quite clear: oil was not a resource before we discovered how to make petroleum out of it and how to use petroleum for energy. Rather, it was a nuisance and finding oil on one’s property actually lowered the value of that property. It was a black, nasty goo that we found no use for.

No environmentalist would have claimed back then that we should change our ways or we “might run out” of this nasty thing. Why? Because, at heart, they too are economists. It is just that they don’t know how to properly reason about resources.

The views expressed on AustrianCenter.com are not necessarily those of the Austrian Economics Center.
hayek_admin2019-01-14T06:14:29+01:00