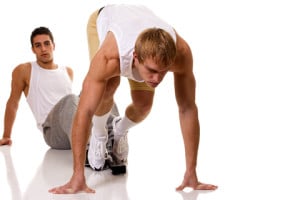 I find myself increasingly out of sync, not only in cultural terms like being mystified by Gwyneth Paltrow’s and Chris Martin’s “conscious uncoupling” (a consequence of an unconscious coupling perhaps?), but in behavior. Unionizing student-athletes is totally foreign to my understanding of college and athletics. It is well known that college athletes in sports like basketball and football generate significant revenue for their universities. It is equally well known that those revenues allow colleges to offer non money-making athletics like squash or rowing. All athletes put in long hours, because of the love of the sport, their joy in being a team-member or, in the case of a small number, because it may lead to professional contracts.

Schools bear part of the responsibility that led former Northwestern quarterback Kain Colter, with backing from the College Athletes Players Association, to get NLRB regional director Peter Ohr to rule that student-athletes at private colleges have the right to unionize. For years, colleges have turned a blind eye toward the hours required of students to play sports like football, especially knowing that only a small percent will make it to the pros. They have paid too little attention to the long-lasting nature of injuries. Many show little concern as to whether their student-athletes get an education, not to mention a degree. They covet the money with little regard to the human consequences. Northwestern’s football program raised an estimated $30 million last year against expenses of $22 million. The latter includes $2.2 million paid to head coach Pat Fitzgerald. In their quest for dollars, these universities created the problem. As it says in Hosea 8:7 – “They sow the wind and reap the whirlwind.”

What is most important for any student is education. There are 125 college and universities in NCAA Division 1 Football Bowl Subdivision. Combined, they include 10,625 team members. A September 2012 study, conducted by the NCAA, found that only 253 were drafted, or 2.4%. So, if they are not there for an education, either the students are wasting their time or the college is abusing that of the students. Obviously there are a few who see college as a time to refine one’s craft, to make one’s self more attractive to recruiters and who succeed in the pros. But 97.6% of Division 1 college football players have to find other means of making a living.

The decision to unionize was approved by Peter Ohr, regional director of the NLRB’s Chicago office. Mr. Ohr was appointed to his position in 2011. He has spent most of his career at the NLRB, first for eight years as a Field Attorney in Honolulu and then, beginning in 2005, as Deputy Assistant General Counsel in Washington, D.C. In essence, Mr. Ohr’s decision says that football players at Northwestern are employees and can be represented by unions; in this case it would be the United Steelworkers. The decision will certainly be challenged by Northwestern and the NCAA, and could ultimately make its way to the Supreme Court.

The decision, besides being an anathema to the concept of the student-athlete, poses other questions. Most college sports programs are governed by the NCAA, which issues rules meant to protect a school’s reputation, keep the athletes out of trouble and maintain a competitive balance among sports programs. Will the NCAA survive? Unionization, per this ruling, would only apply to private institutions, as public universities’ employment conditions are governed by states. However, would college athletic contests be considered interstate commerce? If so, will federal law apply, allowing students at state universities to unionize? How much will unionization cost colleges in five or ten years? Athletes who play on big-money sports teams, like football and basketball, already live lives separate from ordinary students. We are told that income and wealth gaps are already too wide. Won’t this decision widen the gap further?

But the real question is: what is the purpose of athletics in college? Most students who are involved in college athletics do so for the love of the sport and for the camaraderie of being a member of a team. Lessons learned are life-long and are valuable to success, in everything from marriage to business. Sportsmanship teaches empathy, fair play and distinguishing right from wrong. Sportsmanship says that players should be sensitive to the fact that the thrill of victory comes at the expense of the loser’s agony. Sports breed competitiveness and fellowship, along with loyalty among undergraduates and alumni. Sports foster life-long friendships.

Unionization would create an adversarial relationship between employee and management, between student-athlete and his or her college. While raising the athlete’s sense of self worth, it diminishes the attachment to the university. As unionized workers, why couldn’t Northwestern trade a quarterback to Stanford, in return for a point guard and a call on next year’s draft?

College football and basketball, especially at big conference schools have become a big money programs. TV and ticket sales generate millions of dollars. Star coaches make multi-million dollar salaries. Players are recruited more for their athleticism than their academic abilities and/or aspirations. They become pawns in the game universities play to raise money.

Sorting the wheat from the chaff is not easy, but Mr. Ohr’s ruling was obviously based on money and politics. There is a lot of money involved, which unions would like to tap. And private-sector union membership is shrinking. Tim Waters the national political director of the United Steelworkers, which is backing the efforts of Northwestern football players to unionize and that has advised the College Players Association, has claimed that the March Madness college basketball tournament now underway brings in $800 million to the NCAA. That’s a purse worth defending and that whets the appetite.

What is at stake in this effort to unionize players is the damage that would be caused to the principles of a university and its students. The purpose of a university is education, to prepare young bodies and minds for the world they will enter. College provides a chance to broaden the mind. It is an opportunity for friendship with like-minded people, and to discover what it is like to belong. A university experience provides students the means by which to live productively and happily in society. And the emphasis should be on education first, sports second.

We live in a world dominated by a culture of “me,” be it in politics, on Wall Street, in the fields of entertainment, talk-radio, among TV hosts, college professors, or athletes. “Selfies” are its most visible manifestation. College sports, especially those that are of the non-money variety, teach the importance and meaning of team work and team spirit. They are a lesson in giving – of one’s self for one’s college. It is a message, amidst a world of egoists, that should not be lost.

The views expressed on AustrianCenter.com are not necessarily those of the Austrian Economics Center.
hayek_admin2014-03-31T08:43:08+02:00