Wages and the Free Market, Part 1 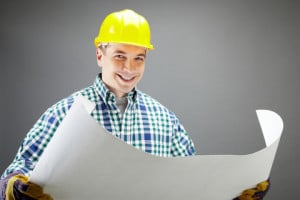 The argument dates back at least to Karl Marx. It’s wrong but it continues to have appeal because, like many of Marx’s arguments, it contains a half truth: Given the choice between paying a worker $12 or $11 an hour, other things equal, an employer would usually rather pay $11. I think it’s a useful exercise to think through why it’s wrong.

One of the things the argument doesn’t address is why or even whether a person would accept $11 an hour to work. We need to ask what a worker would be giving up by accepting $11. If the something else is more valuable to her than $11 an hour, then she won’t accept that wage. What could that something else be?

Well, it could be that her leisure is worth more to her than $11. Or perhaps another employer is willing to pay her more than $11. Let’s focus on the latter.

Just as there is competition among sellers of a product—say, cellphones—to underbid one another and among buyers to outbid one another, there is competition in the labor market among workers (on the supply side) to underbid one another to be hired and among employers (on the demand side) to outbid one another to hire workers. And, as in the cellphone market, in the labor market sometimes it’s a buyer’s (hirer’s) market and sometimes it’s a seller’s (worker’s) market. So the question is whether there are forces in a free market that would persistently create a hirer’s market in labor.

Here’s where the argument against free markets sometimes gets more sophisticated.

That argument says that if efficiency enables firms to use less labor and other production inputs, workers let go by one firm because of increased efficiency must try to find employment elsewhere. But if all firms in the economy are becoming more efficient and letting workers go, where are those other jobs going to be? So because efficiency is always increasing the supply of labor, wages will just keep falling.

First, note that the competition in the cellphone market that is making firms more efficient is also making them lower the price of their cellphones ever closer to the lower costs of production. That means people who buy cellphones—including cellphone workers—don’t have to spend as much of their incomes to buy cellphones. It’s the same for the other things they want to buy. In other words, it’s important to distinguish wages denominated in terms of money (nominal wages) from the goods and services those wages will actually buy (real wages). Other things equal, lower prices for consumer goods will increase real wages.

Why would the demand for labor rise?

There are different reasons why the demand for labor would rise, but for now I’ll focus on gains in productivity. By productivity I mean how much the output of a business will increase when you add another worker to it. Say I’m currently hiring 20 people in my carwash who can together wash 400 cars a day. If by hiring one more person I can increase that output by 20 cars to 420 cars a day, and if I can charge $10 per wash, then that worker would bring in an additional $200 a day (20 x $10). While I might gladly pay that person nothing for working in my carwash, competition from other potential employers for her labor could push me to pay her as much as $200 a day, which is the revenue her labor brings to my business.

Now, I might invest in some new capital equipment at a cost of $1,000 a day, but only if the dollar increase in my workers’ productivity were greater than the cost. Suppose the new equipment increases the output of my original 20 workers from 400 to 600 cars a day, an increase of 200 cars. Let’s say I lower my price to $8 to bring in more cars. So at $8 per wash, my revenues would rise by $1,600 a day (200 x $8). That increase would certainly justify my investment in new capital. But I’ve also increased the average productivity of my workers by 50 percent, from 20 to 30 cars a day.

It’s certainly possible that instead of 200 more I might only be able to sell 140 more carwashes a day, even after lowering my price to $8. In that case, it’s still worthwhile to invest in new capital although I might indeed have to lay off two people. But note that I’m buying more equipment for my carwash. That increased production in the capital market means more money available for hiring those people I laid off, along with others who may have been laid off owing to efficiency gains elsewhere.

Overall, if the productivity and thus the average real wage of people in the rest of the economy is also increasing, via investment in capital, then workers in other markets, such as cellphones, can now afford more carwashes than before because nominal prices for carwashes (and cellphones, houses, education, and so on) are falling.

What the data show

The historical trend in per-capita real income since the year 1800 has been unambiguous. Per-capita real income around the world has been rising at an accelerating rate, which coincides with the spread of and respect for free-market ideas and practices. Deirdre McCloskey refers to this phenomenon as the “hockey stick” of economic growth.

Imagine a hockey stick lying on its side. For millennia, per-capita real income had been low and stagnant, about $1 to $3 a day for the vast majority of people everywhere. That’s the long handle of the stick. Suddenly, around the year 1800, there was an unprecedented increase in growth—up to a factor of 50 in some parts of the world—with no decrease, “except in places with the misfortune of tyrants on the model of Robert Mugabe in Zimbabwe, or entirely uncontrolled robbers or pirates as in Somalia.”

Now, some economists have argued that “conventional methods of analysis” show that real wages in developed countries such as the United States have been stagnant or falling since the 1970s, even as productivity has increased. The process is known as “decoupling.”

But economists Donald Boudreaux and Liya Palagashvili counter that “conventional methods” tend to exclude substantial fringe benefits and use inconsistent methods of accounting for inflation, both of which understate the growth of real wages. They also point out that conventional studies overlook the deadening effects of government policies and regulations on economic development.

So we’ve seen that lower prices of cellphones and carwashes will tend to increase sales of those products and increase real wages, and that rising demand for capital equipment can productively employ more people in those markets. So the question remains: What happens to those who are laid off and still can’t find a job?

The answer relates to something even more important than efficiency: Innovation. It’s the topic of my next column.

The views expressed on AustrianCenter.com are not necessarily those of the Austrian Economics Center.
hayek_admin2019-01-14T06:13:40+01:00