Wages and the Free Market, Part 2 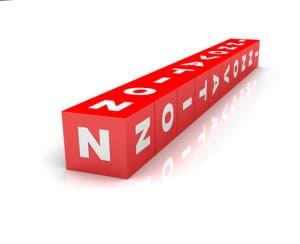 In my last column, I explained that efficiency is not necessarily the enemy of workers. It’s not even the dominant force affecting their prospects: Innovation is a far more important driver of productivity, employment, and prosperity.

Before going further, however, let me explain why efficiency is actually the wrong measure of a dynamic market’s success.

Innovation is the opposite of efficiency

Like efficiency, successful innovation lets us do more with less work. It’s innovation that’s responsible for the huge increases in the average per capita real wage (i.e., how long you have to work to buy stuff). For example, economist Steve Horwitz reports that in 1920, it took 37 minutes of work to buy a half-gallon of milk. By 1997, it took a mere 7 minutes. In other words, workers used to have to work five times longer to buy the same thing. And that’s not accounting for quality.

Beyond that, however, innovation mainly lets us do things that weren’t even possible or imaginable before. Take, for example, computing power. In 1920, before the computer age, completing one million instructions per second was not even possible. By 1980, it would have taken a computer over 41 weeks to complete a million instructions, whereas by 1997, the time had fallen to a mere 9 minutes. (I’m sure the time has dropped by even more today.)

The key to such astounding improvements is not efficiency. It’s not trying to do the same thing cheaper. Rather, innovation through entrepreneurial competition and discovery of unknown opportunities is the key. Innovation is, in a sense, the very opposite of efficiency.

Innovation is doing something that no one has ever done. Sometimes it’s a small thing like placing what you sell in a different spot on the showroom floor; other times it’s a big thing like Facebook. Efficiency by itself would lead to stagnation. I’m sure the typical farmer in ninth-century Provence was very efficient, given the agricultural knowledge of the time (likely passed down for many generations).

Innovation has its own set of challenges

The nice properties of innovation — stronger, faster, tastier, safer, healthier, more comfortable, more diverse, more interesting — come only when innovation is successful. Getting there is messy.

Innovation messes things up because the only way new, successful products or processes ever emerge from dynamic competition is through trial and error — with lots and lots of errors. And making an error is costly: You spend too much on the wrong thing and too little on the right thing. The result looks like waste.

If efficiency were our only standard — making something at the lowest cost — then most attempts to innovate would, in fact, be wasteful. But no one ever makes an error on purpose (and if they tried to, then it wouldn’t be an error). We make errors when we try to do something new and better but don’t have perfect knowledge of the world, especially of the future. If we knew exactly how to make what people would want when they wanted it, the result would again be perfectly efficient. But that’s not the real world, where our knowledge is always incomplete and imperfect (PDF). In that context, judging the market on the basis of efficiency is wrongheaded.

Innovation can cause great shifts in production, and therefore employment, over time. Cars and mechanics displace horses and buggy whips; cell phones and apps displace landlines and hardcover encyclopedias (although horses, buggy whips, and landlines have not yet completely disappeared). The period when the economy’s capital structure of production — the way capital goods throughout the economy fit together — adjusts to changes in demand is a time of profit and loss, of hiring and firing. It’s a period of great inefficiency. And in a dynamic market, we’re always living through some such period of adjustment and inefficiency, which is partly why some people fear the competitive process.

On the flip side, innovation creates more opportunities than efficiency alone possibly could. Innovation’s destruction of the old, less satisfying way of doing things affects not just labor, but all resource owners, producers, and consumers. Still, in an entrepreneurial-competitive process, innovation is the main driver of the demand for labor. The innovating businesses that spring up at the vanguard and in the wake of innovation bring more people into the labor market and attract people already employed with higher wages.

And if we look at what happens to people who lose their jobs due purely to efficiency, innovation offers the greatest hope for them to find employment. In fact, when the buggy whip industry became so efficient that it could let go of many of its workers, it had reached a point where innovation could come along and displace it anyway.

Henry Hazlitt, the great libertarian journalist and author of the still widely read Economics in One Lesson, pointed out that while an innovation benefits the vast majority of people over time, in the short term those businesses that can’t compete will fail, and their employees will suffer to one degree or another. In such cases, he said,

It is altogether proper — it is, in fact, essential to a full understanding of the problem — that the plight of these groups be recognized, that they be dealt with sympathetically, and that we try to see whether some of the gains from this specialized progress cannot be used to help the victims find a productive role elsewhere.

Our knowledge is never perfect, and no real-life economy works so smoothly that no one is ever disadvantaged because of innovation. That’s the hard truth of what the great economist Joseph Schumpeter called “creative destruction.” But as we’ve seen, the track record of innovation in reducing poverty, lifting population, and increasing life expectancy, comfort, and well-being has been astonishingly good.

The views expressed on AustrianCenter.com are not necessarily those of the Austrian Economics Center.
hayek_admin2019-01-14T06:13:00+01:00