Warren Buffett's Federal Tax Rate Is Less than His Secretary’s 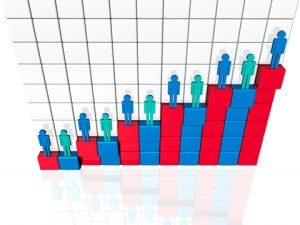 In August 2011, Warren Buffett wrote an opinion piece in the New York Times in which he made the assertion that his 2010 “federal tax rate” of 17.4 percent was 18.6 percentage points less than the 36.0 percent average rate paid by the 20 other workers in his office.

Buffett’s piece garnered substantial media attention and, in the months since its publication, his “federal tax rate” assertion has been woven into the fabric of American politics. His analysis was the basis for the “Buffett Rule,” a tax plan proposed by President Obama that would implement measures under which everyone making more than $1 million in income per year would pay a minimum effective tax rate of 30 percent.

Clearly, given Buffett’s status as a legendary businessman and investor (the “Oracle of Omaha”), his tax analysis carried a great deal of credibility and, as such, it was never challenged. Adding to the unchallenged acceptance of Buffett’s assertion was the fact that Buffett never released (a) his 2010 federal tax return, (b) the federal tax returns of his office workers, or (c) the analysis underlying his “federal tax rate” assertion.

In truth, Buffett’s assertion is completely inaccurate and is based on a fundamentally flawed analysis of basic federal taxation principles. In reality, he pays a much higher relevant “federal tax rate” than any of his office workers.

First of all, payroll taxes (Social Security and Medicare) are totally irrelevant for this type of analysis. Because these taxes were not assessed on non-wage income (prior to 2013), and because Social Security taxes were only assessed on the first $106,800 of wage income in 2010, the amount Buffett paid into these programs was very close, in dollar terms, to the amounts paid into them by each of his office workers. But because Buffett had total taxable income of almost $40 million, the amount of Social Security and Medicare taxes he paid in 2010 represented only a tiny fraction of his total taxable income. For most of his office workers, these taxes represented 7.65 percent of their taxable income (even though they paid roughly the same amount as Buffett did in dollar terms). This 7.65 percent payroll tax differential is part of the 18.6 percent differential cited by Buffett in his op-ed piece.

A second flaw in Buffett’s analysis has to do with the fact that he included employer-paid payroll taxes in coming up with his and his office workers’ “federal tax rates.” The obvious problem here is that Buffett’s coworkers do not pay these taxes. Rather, Buffett does as a partial owner of their employer, Berkshire Hathaway. Buffett’s inclusion of these taxes in his analysis was clearly incorrect, and it distorts the rates he cited. Of course, he included employer-paid payroll taxes to double the 7.65 percent “federal tax rate” differential mirage identified in the previous paragraph.

Buffett himself owns 33.9 percent of Berkshire Hathaway, a publicly traded corporation with taxable income of $19.1 billion in 2010. Assuming a very conservative corporate federal tax rate of 25 percent, Berkshire will ultimately pay $4.76 billion in federal corporate income taxes on this taxable income. Corporate taxes are borne by shareholders of the corporation, in that these taxes reduce the amount of cash available for (a) dividend payments (Berkshire has not historically paid dividends to its shareholders), or (b) reinvestment into the corporation in order to increase shareholder value.

Given his ownership stake in Berkshire, Buffett bore 33.9 percent of the $4.77 billion in federal corporate taxes, or $1.61 billion. Buffett ignored this tax amount in compiling his “federal tax rate” analysis. If Buffett’s share of corporate taxable income and corporate taxes paid are factored into his analysis, his overall 2010 “federal tax rate” increases by 7.56 percentage points, from 17.4 percent to 24.96 percent.

As an employer, Berkshire matches the Social Security and Medicare taxes paid by its employees. These taxes are borne by the shareholders of Berkshire for the same reasons corporate income taxes are. Using reasonable assumptions and data gleaned from the company’s 2010 SEC filings, Buffett’s share of these taxes was approximately $400 million in 2010. If these taxes are included (and they certainly should be), his 2010 “federal tax rate” increases by 6.16 percentage points to 31.12 percent.

Let’s do the math. Buffett, in his analysis, overstated his office workers’ “federal tax rate” by including irrelevant payroll taxes (7.65 percent) and employer-paid payroll taxes (7.65 percent). In actuality, his office workers’ relevant 2010 “federal tax rate” was 20.7 percent, not 36.0 percent, while Buffett’s was actually 31.12 percent, not 17.4 percent.

It is quite troubling that Buffett’s original Times op-ed piece, based upon such a flawed and incomplete analysis, has gained such unchallenged visibility and credibility within the landscape of American politics. While Buffett should be chastised for putting out such an inaccurate and misleading analysis, political commentators on the right should be faulted for not doing their research and for not effectively raising a challenge against the flawed thinking underlying Buffett’s op-ed.

The views expressed on AustrianCenter.com are not necessarily those of the Austrian Economics Center.
hayek_admin2014-05-23T09:04:55+02:00