We Cannot Predict the Many Ways Freedom Will Improve Our Lives 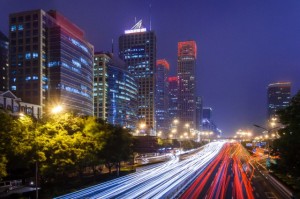 In the face of such questions, it is nonetheless important to recognize that such questions are rhetorical traps designed to put an unachievable burden of proof on voluntary arrangements, short-circuiting the need to deal with the many valid criticisms of coercive policies.

The trap works because answers to such questions are beyond our competence. But that does not mean statism wins by default. It only means that detailed prediction of what would happen in a future where some government-imposed constraints on freedom are eased is beyond anyone’s knowledge.

Therefore, an accurate answer to “What, precisely, would freedom produce?” is “I don’t know; no one knows.” But failure to satisfactorily answer the unanswerable in no way detracts from justified confidence that voluntary arrangements will do things better. In fact, the inability to answer helps explain why freedom works so well — it allows previously undiscovered beneficial arrangements that serve people more effectively to develop, even though no one knows exactly what will happen in advance.

For example, compare the Post Office with any other form of communication. Its snail’s pace changes contrast with advances in digital communication possibilities beyond even recent fantasies. In fact, freedom has produced miracles all around us whose nature we fail to understand, because we now take them for granted and forget their genesis (e.g., in a world of digital copying, few remember the lost “joys” of carbon paper and its purple progeny).

We need only revisit the revolutions involved to see that no one ever knew exactly what would happen beforehand. If people had only pursued what could be clearly foreseen, none of those miracles would have happened and we would be immeasurably poorer.

But how do we know that freedom’s results will be improvements when “anything could happen?” First, self-interest — the desire to improve the circumstances we currently face — means that improvements are sought. Second, when people’s rights are protected, the need to get others’ voluntary agreement means no one can force worse results on others, but leaves plenty of room for results to be not only better, but unimaginably better. Neither is assured under government’s heavy hand.

As Leonard Read’s famous “I, Pencil,” illustrated, market miracles are everyday occurrences. Pencils are cheap and plentiful, even though no one knows everything involved in making them. And so are staggering arrays of other things.

In addition, no politician who oversees, or bureaucrat who administers, one of the many government enterprises that have grown to surround us could have met the same burden of proof when the government overrides voluntary arrangements with their dictates. Moreover, questions posed to the government of “what would happen” in the face of some new proposed government program, such as Obamacare, are often tossed aside with impunity.

The initial promises made with such conviction for new government “solutions” have been unrealized pipedreams. And unlike self-ownership and the jointly beneficial market arrangements it allows, which has produced uncountable successes without theft, there are no such “success stories” that demonstrate miraculous improvement from the intrusion of government that can match the historical successes of the market. In fact, the only real examples of government-produced miracles, those produced by stringently restricting its reach, as with the “thou shalt nots” of our Constitution’s Bill of Rights, only reinforce a legitimate belief in freedom and corollary distrust of government.

One of my professors once said that “I have been an economist long enough to realize ‘I don’t know’ is an intellectually respectable answer.” In fact, when predicting the future, that is virtually always an important part of the answer. But when people are free, the results of their voluntary arrangements will be as good as they can discover, even if they are unknown in advance. In contrast, public policies based on what Friedrich Hayek called the “pretense of knowledge,” backed by coercion, are neither intellectually respectable nor a guarantee of improvement, however frequently or adamantly such promises are made. In fact, if the burden of proving its effectiveness was put on government, rather than liberty, vanishingly little of government would survive, and the shackles binding the miracles that are possible would be loosed.

The views expressed on AustrianCenter.com are not necessarily those of the Austrian Economics Center.
hayek_admin2019-01-14T06:40:22+01:00