We should not fear the machine age 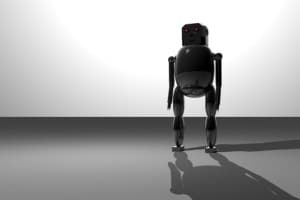 “Any capitalist, who had made sixty thousand pounds out of sixpence, always professed to wonder why the sixty thousand nearest Hands didn’t each make sixty thousand pounds out of sixpence,” wrote Charles Dickens during hard times. Nineteenth century Britain was being transformed by the forces of industry and an embryonic market society took shape under a great deal of social stress. But the 20th century, symbolised by the egalitarianism of Henry Ford’s Model T motor car, rendered this sentiment outdated as millions of workers shared the proceeds of material progress.

Once again we find ourselves in a period of economic renewal, and while – encouragingly – support for free markets remains overwhelming in rapidly developing countries, too many people in the rich world who see themselves as the losers of globalisation, competing with up to 3.5 billion others for a livelihood, are seeking the comfort of the nation state to bring stability to their lives.

Technological progress went hand in hand with income growth in the United States until around 1970, but since then a disconnect emerged in this virtuous loop of productivity and pay. According to the Bureau of Labour Statistics, annual productivity growth in the United States increased from just over 1% in 1973 to 2.5% in the 2000s, while labour incomes grew barely faster than inflation for blue-collar workers.

This is not a phenomenon exclusive to the US, however. China, whose workers after decades of wage suppression are beginning to see rising pay, is beginning to replace its labour force with machines. The share of national income paid to labour fell from 60% in the mid 1990s to less than 50% today, well below the current level in the United States. Foxconn, a Taiwanese manufacturer which employs 1.4 million Chinese workers, is in the process of adding one million robots to its factories, a policy encouraged in Beijing by raising minimum wages to move its manufacturing sector up the value chain.

Two major factors have been driving these trends. The first is the marriage of the integrated circuit and smart algorithms, which opened up the field of possibility in computing and began to pose a threat to low-skilled jobs.

While you may think that Moore’s Law – which explains the rate of growth of transistors on an integrated circuit – is impressive, a study by Professor Martin Grötschel found that between 1988 and 2003 computer effectiveness improved 43-million fold, with a factor of only 10,000 explained by the growth in transistors, and a factor of 43,000 from smarter algorithms. A problem that would have taken 82 years to solve in 1988 could be done (in 2003) in 1 minute and probably a fraction of a second today. That is why the prospect of the driverless car is much closer than we previously thought.

The second is a shift in global business patterns in the 1990s. Under what William Lazonick calls the Old Economy Business Model, which emerged after WWII, most jobs were in stable hierarchical organisations, offering equitable salaries and generous retirement packages. The emergence of ICT in the 1990s allowed high-tech firms to become footloose, building global supply chains that minimised labour cost within a new model underpinned by the mobility of labour and capital.

These have thrown up major challenges for the global economy. For developing countries, it has now become extremely difficult to rapidly industrialise in the same way as the Asian Tigers or China, building large export-oriented manufacturing sectors with end-to-end supply chains that absorb the rural poor. Fast-growing countries, such as India, are deindustrialising much earlier in their development process. Emerging nations will have to rely more on building institutions and human capital, as well as developing their services sectors to fuel future growth.

Meanwhile, the trend in the developed world is towards an hourglass-shaped labour market, wherein much of the competition for jobs will be at the top and bottom of the market. In 2013, according to the Office for National Statistics the two largest sectors driving employment growth in the UK were ‘Accommodation and Food Services’ and ‘Professional, Scientific and Technical.’

Last year, Carl Frey and Michael Osbourne predicted that 47% of jobs in the US could be automated by 2025, with even some white-collar occupations such as accounting at high risk. Bruegel – a Brussels based think-tank –showed how European countries with more jobs involving routine manual and cognitive tasks, particularly those in the southern periphery, might be harder hit.

Despite all this, we have no reason to fear the machine age and every reason to be optimistic. No one would argue that the descendants of the Luddites are worse off than their forebears, who fought against the spinning frames and power looms that replaced their labour. Measures of income obscure the improvements in quality of life that technology brings, and we can be hopeful that this coming wave of innovation will deliver enormous benefits to mankind, including a global power grid, printable organs and sustainable resources. Some will have positive implications for the size of government, as robots take over old-age care.

A recent Pew Research Report into the Future of Jobs served merely to demonstrate that no one really knows how the machine age will turn out, with 52% of experts believing that human ingenuity will create more jobs than are displaced, while the other 48% fear the spread of automation into white-collar work.

One comment, however, from Google’s Chief Economist Hal Varian stands out. “How unhappy are you that your dishwasher has replaced washing dishes by hand, that your washing machine has displaced washing clothes by hand, or that your vacuum cleaner has replaced hand cleaning?” Past automation has always eliminated the ‘dull, repetitive and unpleasant work,’ and has reduced the working week from 70 hours to 37 hours, giving more time to enjoy leisure.

John Maynard Keynes wrote about economic pessimism in 1930, when the onset of the Great Depression suggested an end to rising prosperity. He believed that allowing capital to accumulate was essential in bringing together the tools our civilisation had at its disposal for millennia: language, mathematics, grains, fire, metals and the wheel. Keynes correctly predicted that living standards in 2030, measured by income, would be at least four times higher than they were in the 1930s. He also identified the presence of technological unemployment as merely a short term problem, “the painfulness of readjustment between one economic period and another.” He would again be proved right as millions of new jobs were created in the decades after the Depression.

There will, however, be losers in this machine age unless we fundamentally change our education system to one which complements the technologies of tomorrow. The comfortable institution of rote learning in classrooms furnished by neat rows and columns of children being wrought for the 20th century production line needs to be swiftly replaced by a system that rewards creative and critical thinking. The growth of brilliant free learning platforms such as edX and the Khan Academy offers a glimpse of how we can provide an equitable education to hundreds of millions of people, particularly in the developing world.

The genius of markets is that they are centred on the concept of exchange in value, determined not by a spurious notion of materiality or man-hours used in production but by the individual and underlying cultural values of those who participate. We can be confident that we will find ways to trade the surplus produced by machines as we recast what it means to be human in a world that has less need for our labour.

Even still – and as Bill Gates argued in his blog recently – we should also be mindful of rising inequality in the West as a potential threat to democracy, social stability and economic efficiency. Tax systems need to be reformed away from unsustainable income-based models that rely on a mobile elite to those that target consumption and (previously untaxed) wealth. Gates’s suggestion for a progressive consumption tax – levied on the difference between income and investments or savings – could address inequality without penalising wealth creators.

Markets are neither perfect nor complete; they sometimes fail and benefit from a degree of regulatory oversight. But a capitalist system will be best placed to meet the challenges of the machine age. Property rights will become even more important in fostering self-determination and innovation. Hernando de Soto, in his travels in Tunisia, the country of Mohamed Bouazizi, whose dispossession-by-fiat prompted his self-immolation and the Arab Spring, found that most people there simply want a stake in a modern capitalist society. Invoking the spirit of Keynes, notwithstanding major resource and environmental issues, is it unreasonable to believe that living standards will be at least four times higher in 2114 than they are today? But to do so we must embrace the spirit of innovation and accept that no matter how difficult the transition will be, we can’t afford to bite off the hand that continues to feed us.