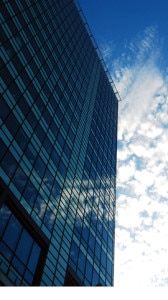 Thomas Piketty’s book, Capital in the Twenty-First Century, is a global best seller that has attracted more reviews from academics and public intellectuals than any other economics book in recent memory. In the middle of May, Google showed an astounding 12.5 million entries about Piketty and his work.

None of these many reviews, however, noticed that Piketty’s voluminous statistics are of limited relevance to his neo-Marxian conclusion about the inevitability of rising inequality, social unrest, and the collapse of existing market economies. The statistics he uses are snapshots of the distribution of income and wealth taken of a population whose composition changes with every picture taken.

What is more relevant to the assessment of the problems he foresees is information that traces the incomes of the same individuals through time. Only in recent years have governments begun to publish some of this information. In the United States, one set of such data has been compiled by the Treasury. In Canada, Statistics Canada has published similar data, but the media have paid little attention. The Fraser Institute has also published a study.

Another important piece information provided by the Fraser Institute data puts the lie to the many reports about the demise of the middle class. The same Canadian families who had inflation-adjusted average incomes in the lowest quintile in 1990, by 2009 had incomes 280 percent higher. During the same period families in the top quintile in 1990s experienced an increase of only 112 percent. The average incomes of the middle three quintiles rose by 153 percent. These data show that all Canadians have become richer, the poor more so than the rich, and the middle class has more than kept pace with the rich.

The income distribution dynamics revealed by these statistics result primarily from the lifetime pattern of income: Pay and productivity are low when workers enter the labor force, rise with age and work experience, and later decrease with the onset of age-related disabilities and retirement.

The time pattern of individuals’ incomes is also affected by short-lived influences on the ability to work, such as illness and personal decisions about raising children, further education, and changes in lifestyle. In Western market economies the impact of these events on income is limited through access to social-security benefits and private insurance.

High incomes also tend to be earned only for limited periods as a result of one-off events like the realization of capital gains, earning performance bonuses, and even lottery winnings. Professional athletes, performers in successful movies, authors of bestsellers, and even managers typically have high incomes for short periods. Statistics Canada data show that in recent years, earners in the top 1 percent did not have incomes at that level five years earlier. The Forbes data on billionaires shows that only 10 percent of those on the 1982 list were still on the list in 2012, even after adjustment for inflation over the 30 years.

Most of the extraordinary recent growth in the income of top earners — the infamous 1 percent — is due to the growth in the market for their services, which has been driven by the introduction of new electronic media, globalization, and the growth in the incomes of audiences: professional athletes, creative artists, and entertainers now reach millions rather than the hundreds who used to fit into arenas or the thousand in movie theaters.

The globalization of commerce has increased the size of firms and raised the dollar value of the contributions managers can make to their bottom lines. A firm with domestic sales of $100 million can offer a top manager expected to raise sales by 1 percent less than it can pay after globalization raises this same firm’s sales to $10 billion. The earnings of Bill Gates and Steve Jobs and their top managers would have been much smaller if their innovations had been sold only in the United States rather than throughout the world.

Piketty used the wrong data in concluding that the rich are getting richer and the poor are getting poorer. Dynamic income statistics show that all are getting richer, the poor more so than the rich. He also wrongly attributes most of the growth in wealth inequality to excessive savings accruing to the rich when in fact it is due to recent technological revolutions and the globalization of business that benefits super-managers and innovators-entrepreneurs like Gates and Jobs.

The case Piketty makes for confiscatory income taxes and imposts on wealth to prevent “potentially terrifying” events is very weak for Western nations, where most people rightfully expect growing incomes and wealth during their lives and where social insurance protects the incomes of the temporarily and permanently needy.

The views expressed on AustrianCenter.com are not necessarily those of the Austrian Economics Center.
hayek_admin2019-01-14T06:17:40+01:00