What Students Should be Taught 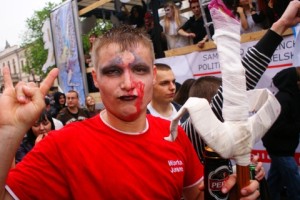 The “skills gap” has been blamed for both the persistent high unemployment and the sluggish economic growth we have experienced. Our schools, which have received the bulk of the blame, are only in part culpable. Responsibility must be shared with government immigration policies that have admitted insufficient high-skilled immigrants, and with employers who, for expediency’s sake, have bypassed the training process. But, perhaps even more important has been the decline in cultural lessons and values. We live so much in the present, while focusing on the future, that we have too often ignored the great literature of the past, with their tales of human behavior under myriad conditions and the moral lessons that were integral to the stories.

A consequence of our concern regarding the preparedness of our youth has been a renewed effort to ensure that high school and college students are well versed in STEM courses (science, technology, engineering and math). Since a major purpose of a high school and college education is to get a job, such courses make sense. The practical application of theory is how we build better computers, hospitals, automobiles, bridges, insurance companies and fighter jets.

Our young people face a far more complex world than simply finding and honing a skill for today’s needs. The skills that today seem adequate may not fit needs ten or twenty years hence. Ray Kurzweil, in The Singularity is Near, argued that humans will transcend the limitations of our biology – that the distinction between man and machine will blur more than they have. He writes about this disruptive transformation: “The nonbiological intelligence created in that year (2045) will be one billion times more powerful than all human intelligence today (2005).”

While Mr. Kurzweil’s predictions stretch even the most futuristic imagination, there is no question that the amount of knowledge is growing exponentially. In 1982, with the publication of Critical Path, Buckminster Fuller wrote of the “Knowledge Doubling Curve.” He noted that until about 1900, knowledge doubled roughly every 100 years. Then growth, which had been linear, became exponential. Today, knowledge is doubling every one to two years. There are some who believe we are on track to a doubling every twelve hours. Whatever the real speed, the amount of information available to our children and grandchildren is far vaster than what we had to learn. That fact alone explains, in part, why we are so often surprised by the lack of familiarity the young have with literature, history and geography that we took for granted. It complicates the education process. With so much material available, what should be taught?

Our young do need the skills embedded in STEM courses, or should at least be exposed to them. For no matter our curiosity or the desire to learn, without jobs we cannot survive. Like it or not, we will increasingly become specialized in relatively narrow fields.

That is all for the good, but I believe that we must also help young students learn judgment – to make wise decisions. Obviously wisdom and judgment are skills necessary in leaders, be they in politics, business, academia, law or medicine. But such skills are crucial for everyone, because everyday all of us make hundreds of judgment calls, whether it is a teenager deciding who to hang with, a pedestrian crossing a busy street, a homemaker weighing the value of a bio-degradable detergent against its higher cost, a politician deciding between a pragmatic or a moral response, or a company CEO considering an offer for his business. Age and experience help the process, but education can abet the process.

It is through the study of classics and Great Books that we learn how men and women respond to emotions common to all of us – the value of faith, thankfulness for the freedom we have. These are as relevant today as they were when the novels and histories were written. While writers in all ages wrote to entertain, those of an earlier era also wrote to instruct. Most of them expressed a moral sentiment, or, at a minimum, displayed the behavior of their protagonists. The study of Latin helped students think logically. It underlined the value of listening and was valuable when debating a premise without reverting to antagonistic argument. From Greek mythology to Dickens, stories were told with a lesson. Examples of virtually all human emotions – fear, pride, greed, lust, love, patriotism and hate – can be found within the pages of Shakespeare, Tolstoi and dozens more.

The story of Pip in Dickens’ Great Expectations is a coming-of-age story, with foster parents and a scary, but ultimately beneficial Abel Magwitch. We read of doomed love in Anna Karenina, in Dostoevsky eponymous novel, and of youthful hubris in Jane Austen’s Emma. We learn of misplaced passion when we study Balzac’s Père Goriot, and we better understand shameless greed in getting to know his daughters. Lear and Ahab were men whose self-absorption doomed them to madness. Before film, authors had to create characters that were live on the page. One cannot read about George Eliot’s Maggie Tulliver today without tears coming to one’s eyes for the purity of her love for her flawed father and for her hunch-backed friend Philip Wakem and the tragic consequences of her last years and death. More recently, Stuart Little’s quest is a morality tale, as is Tolkien’s trilogy, The Fellowship of the Ring. Books of this caliber should be read and discussed by all students, regardless of career plans.

There is no question that schools and colleges should provide the young with the skills needed to become employed, but they should also provide the tools that will help them become better citizens and more astute judges of character, to help them in the myriad decisions that comprise everyday life. Professor emeritus Donald Kagan’s impressive op-ed in last weekend’s Wall Street Journal, on the need to incorporate patriotism into the curriculum is on the mark. With the federal government assuming unprecedented powers, a better understanding of democracy is critical.

Our youth must learn to differentiate between right and wrong, to be respectful of others and appreciate the freedoms we have. The amount of knowledge has increased and will continue to do so at exponential rates. But our behavior has not changed. It is because we are individuals incapable of absorbing all there is to learn that we must recognize that which is permanent. We must provide the tools to help our students to properly judge the options they will have.

The views expressed on AustrianCenter.com are not necessarily those of the Austrian Economics Center.
hayek_admin2019-01-14T06:13:03+01:00