When Zero’s Too High 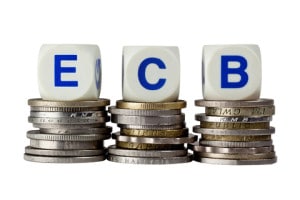 Central banking has taken interest rate reduction to its absurd conclusion. If observers thought the European Central Bank (ECB) had run out of room by holding its deposit rate at zero, Mario Draghi proved he is creative, cutting the ECB’s deposit rate to minus 0.10 percent, making it the first major central bank to institute a negative rate.

Can a central-bank edict force present goods to no longer have a premium over future goods?

Armed with high-powered math and models dancing in their heads, modern central bankers believe they are only limited by their imaginations. In a 2009 article for The New York Times, Harvard economist and former adviser to President George W. Bush N. Gregory Mankiw wrote, “Early mathematicians thought that the idea of negative numbers was absurd. Today, these numbers are commonplace.”

While this sounds clever, Ludwig von Mises undid Mankiw’s analogy long ago. “If he were not to prefer satisfaction in a nearer period of the future to that in a remote period,” Mises wrote of the individual, “he would never consume and enjoy.”

Carl Menger explained that it is “deeply imbedded in human nature” to have present desires satisfied over future desires. And long before Menger, A. R. J. Turgot wrote of the premium of present money over future money, “Is not this difference well known, and is not the commonplace proverb, ‘a bird in the hand is better than two in the bush,’ a simple expression of this notoriety?”

Central bankers can set a certain interest rate, but human nature cannot be eased away, quantitatively or otherwise. But the godfather of all central bankers, John Maynard Keynes, ignored time preference and focused on liquidity preference. He believed it was investments that yielded returns, and wrote, “Why should anyone outside a lunatic asylum wish to use money as a store of wealth?”

Keynes believed that those who held cash for the speculative motive were wicked and central bankers must stop this evil. However, as Hazlitt explained in The Failure of the “New Economics,” holding cash balances “is usually most indulged in after a boom has cracked. The best way to prevent it is not to have a Monetary Authority so manipulate things as to force the purchase of investments or of goods, but to prevent an inflationary boom in the first place.”

Keynesian central bankers leave time out of their calculus. While they think they are lending money, they are really lending time. Borrowers purchase the use of time. Hazlitt reminds us that the old word for interest was usury, “etymologically more descriptive than its modern substitute.”
And as Mises explained above, time can’t have a negative value, which is what a negative interest rate implies.

Borrowers pay interest in order to buy present assets. Most importantly, this ratio is outside the reach of the monetary authorities. It is determined subjectively by the actions of millions of market participants.

Deep down, Mankiw must recognize this, writing, “The problem with negative interest rates, however, is quickly apparent: nobody would lend on those terms. Rather than giving your money to a borrower who promises a negative return, it would be better to stick the cash in your mattress. Because holding money promises a return of exactly zero, lenders cannot offer less.”

But still, he approvingly cites German economist Silvio Gesell’s argument for a tax on holding money, an idea Keynes himself approved of.

“But in reality,” writes Robert Murphy, “interest rates coordinate production and consumption decisions over time. They do a lot more than simply regulate how much people spend in the present.”

Murphy points out that low rates stimulate some sectors more than others. Lower rates generally boost housing and car sales, for instance, while not doing much for consumer goods.

More than half a decade of zero interest rates has not lifted anyone from poverty or created any jobs—it has simply caused more malinvestment. It is impossible for the monetary authorities to dictate the proper interest rate, because interest rates determined by command and control bear no relation to the collective time preference of economic actors. The result of central bank intervention can only be distortions and chaos.

Draghi and Mankiw don’t seem to understand what interest is or how the rate of interest is determined. While it’s bad when academics promote their thought experiments, the foolish turns tragic when policymakers use the power of government to act on these experiments.

The views expressed on AustrianCenter.com are not necessarily those of the Austrian Economics Center.
hayek_admin2019-01-14T06:16:01+01:00