Where is the innovation in health care? 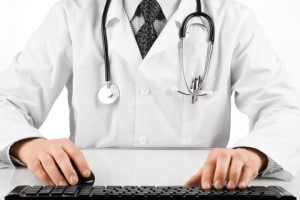 Health care in the United States is stuck in a rut. Americans are spending more on the same old care. The disastrous Obamacare rollout creates more problems than the administration can spin that it “solves.” We have simply grown to accept rising prices and stagnating service as a fact of life.

It doesn’t have to be this way.

Imagine a world where everyone, not just the mega-rich, has access to modern, affordable, high-quality care. In this world, doctors don’t need to beg bureaucrats and insurance administrators for permission to save lives. Entrepreneurs here actively compete to lower prices and innovate novel solutions. Imagine, in other words, a world in which our health care system is dragged out of the Stone Age and into a modern, competitive market economy.

Two of my colleagues at the Mercatus Center are actively fighting to make this world our reality. Their unique visions of addressing supply-side stagnation in the health care sector and promoting permissionless innovation across industries combines to provide a powerful solution for our health care woes.

Robert Graboyes, our resident health care expert, believes that the health care debate produced the wrong diagnosis. While most health commentators focus on the demand side and service provision, Graboyes says the real sickness lies in the outcomes of those services. He asks, “Why is there no Steve Jobs of health care?”

That’s a good question. Where are the visionaries of vaccination innovations, the capitalists of cost-cutting care provision, the impresarios of imaging technology?

Grayboyes notes that recent advances in “[g]enomics, 3-D printing, nanobots, wearable sensors, social media, telecommunications, imaging, artificial intelligence, state-of-the-art data mining and other new technologies” have not been substantially integrated into health care provision despite their obvious benefits. These kinds of cutting-edge applications are not only possible, they are necessary to break (not just cut!) the health cost curve.

Over the years, Graboyes has collected many exciting examples of innovations that have been quietly occurring under the radar across the health care world. The solutions that will fundamentally improve health care provision come not from legacy corporate mega-labs, but from those great incubators of American innovation: people’s garages.

Consider the story of Paul McCarthy, the father of a 12-year-old boy in need of finger prosthetics. McCarthy did not accept the $30,000 prosthetic solution that was presented by the legacy U.S. health system. He took to the Internet to find better and less expensive care for his son. His search led him to assemble an unlikely team of a South African woodworker, an American puppeteer, and a South African father in a similar situation. The three men collaborated over thousands of miles to produce “inexpensive but workable prosthetics using 3-D printers.” Where there’s a will (and decent wi-fi), entrepreneurial humans will always find a way.

This kind of innovation is remarkable, but unfortunately fragile. The entire enterprise could crumble overnight at the stroke of a regulator’s pen, or a change in an insurance company’s policy, or a lawsuit filed by a jealous entrenched interest. These benefits would be, and too often are, simply buried under our health care system’s own dysfunction. Graboyes coins an apt metaphor to explain the problem: the frontier of innovation is being quashed by the fortress of entrenched interests.

The frontier’s innovation in healthcare is the solution, but the fortress will not give up its control without a fight.

Here’s where my second colleague, Adam Thierer comes in. His excellent new book, Permissionless Innovation, makes a passionate case for knocking down these barriers to innovation erected by governments and special interest groups. Thierer argues that the creators of new technology shouldn’t have to seek the blessings of skeptical, out-of-touch regulators before being allowed to develop and deploy innovations.

Compare this permissionless innovation to the stifling “precautionary principle” norm favored by public officials. This principle allows regulators’ imaginations to run away with them: Any perceived threat of a low-probability, worst-case scenario is a good enough excuse for these officials to stifle technological developments. The Frontier is strangled so the Fortress can keep its power for another day.

Consider how the precautionary principle affected the innovative genomics testing company 23andme. Last November, the Food and Drug Administration ordered the company to stop marketing its product. Why? Because 23andme had not sufficiently kissed the regulatory emperors’ ring. Like a jealous frenemy, the FDA was miffed that the company had not sought and obtained permission from the agency since May of that year. Meanwhile, Americans in need of genetic information simply must suffer.

This is just one battle in the war for the soul of technology. By extension, the future of health care rests in which of these two visions prevails: the permissionless innovation of the frontier or the precautionary principle of the fortress?

As Thierer concludes, “the case of permissionless innovation is synonymous with the case for humane freedom more generally.” Better yet, the case for human freedom is ultimately the case for progress. If we can apply that freedom to our ailing health system, my two colleagues and friends promise it will rock our world.

The views expressed on AustrianCenter.com are not necessarily those of the Austrian Economics Center.
hayek_admin2014-05-23T11:57:10+02:00