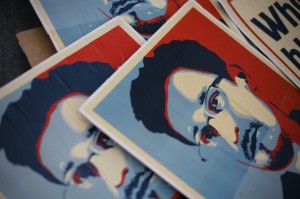 There is nothing wrong with “blowing the whistle” on someone doing something corrupt or unethical. In fact, it is our moral obligation to be the “rat” in such instances. For example, whistleblowers regarding the cover-up on Benghazi and the harassing of conservatives would have served justice. However, when rewards are calculated in millions of dollars, the incentive to “rat” either prematurely or fraudulently may be a temptation too rich to refuse. The “rats” may see things that do not exist, or fabricate stories regarding an event or transaction that occurred only in the vividness of their imagination. The motivation to be a good citizen metastasizes into an opportunity to exploit – to be an extortionist, either for money or fame.

A case in point was the incident at Rutgers last year. Eric Murdock, director of basketball player development at Rutgers was fired at the end of June 2012. Towards the end of the year, he showed Tim Pernetti, Athletic Director, tapes of basketball head coach Mike Rice haranguing and intimidating his players. Rice was suspended at the end of December. Two weeks later Rutgers received a request from Murdock’s lawyer for $950,000. The University declined, so Murdock released the tapes to the media. By April, Rice had been fired and Pernetti had resigned. In the midst of this chaos, Murdock filed a wrongful termination lawsuit against Rutgers, which the University denies.

The bottom line, from my perspective, is that it was widely known that Rice was abusive toward his players and bringing his antics to the attention of University officials was the morally correct thing to do; though the University should have done so on their own, as Rice’s behavior was so well known. Nevertheless, for doing so Murdock deserved praise. But in demanding payment, Murdock stepped over the line from doing a good deed to being an extortionist.

Curtis C. Verschoor, research scholar at the Center for Business Ethics at Bentley University and writer of an ethics column for “Strategic Finance,” recently wrote: “It’s well understood that a whistleblower is the most important source of evidence in detecting fraud and other misdeeds.” While I am skeptical, the government seems to agree. In total, $13.2 billion was collected by the federal government in the first four years of the Obama Administration. In fiscal 2012, the federal government collected $5 billion in False Claim Acts, up from a record $3.2 billion in fiscal 2011. According to an article in the October 1, 2012 issue of the New York Times, the government has paid out $1.6 billion to whistleblowers since Mr. Obama became President, “with law firms taking a cut in some cases of up to 40% of the proceeds.”

Dodd-Frank expanded the government’s whistleblower program to include the SEC and the CFTC. Consequently, the former set aside $430 million for payouts to whistleblowers and the latter, $100 million. Anti-fraud is becoming a lottery – providing a chance for a few to get rich. Over the past four years more money has been collected by the federal government in financial penalties against drug companies than in the previous eighteen years. Whistleblowers have been credited with about three-quarters of the proceeds. Business has been so good that a Corporate Whistleblower Center (CWC) has been established. A press release from the CWC last week advertised: “There are potentially huge awards for whistleblowers who have proof that a pharmaceutical company is actively involved in kickback schemes to sell more drugs and medical devices.” They spoke of “massive” reward settlements for whistleblowers. Even the most upright must be tempted.

While there is an obligation to alert authorities when corruption or criminal activity is observed, there are moral hazards when rewards are involved, and perhaps even when there are none. One of life’s first lessons is not to become a “tattletale.” For years, snitchers, stoolies, canaries and squealers were portrayed as unattractive. Even the words sound creepy. Perceptions, however, are in the eyes of the beholder. A changing culture is becoming friendlier to whistleblowers. Americans are notorious for favoring the “underdog.” We make heroes of such people. John Grisham made millions on his novel, The Firm. Edward Snowden seems a traitor to me, but is a hero to many. There are even those who sympathize with Bradley Manning. Hollywood is cashing in on both stories and will probably be sympathetic to both men, as they were sixty-years ago (and deservedly so) with Marlon Brandon in “On the Waterfront.” Julia Roberts played the part of a working-class, single Mom in “Erin Brockovich,” a story in which she blows the whistle on a company contaminating the water supply of her community – a great movie, but a blatantly political, anti-business story.

There is an acknowledged mercenary side to whistleblowing. Besides dozens of movies, books have been written addressing the market, with titles like The Whistleblowers Handbook and The Whistleblowers Survival Guide. As rewards have risen, whistleblowers have emerged from the woodwork, a fact not unnoticed by the legal profession. Googling “whistleblower law firms” a few days ago, 620,000 results came up in 36 seconds. Litigators represent the professions’ highest paid people. The median lawyer in the United States makes about $110,000 annually, while trial lawyers can make between $11 million and $40 million a year, according to Sally Kane of the Hearst Corporation.

Unsurprisingly, trial lawyers want to keep this gravy train rolling. They are among the largest donors to the Democrat Party, arguing that they help the helpless in hopeless cases against evil corporations. Litigators find kindred souls in federal prosecutors who feed off the same temptations. When penalties are paid, the money comes from millions of shareholders or, in the case of government agencies, from taxpayers. Lawyers make a killing. The actual perpetrators, whether it is Jamie Dimon, Franklin Raines or Barney Frank, get to live another day.

There is no question that boardrooms and government agencies house few angels. In a nation of 330 million, there will always be corruption. But I worry less about corrupt business practices, which are usually outed by whistleblowers, competitors and the media, than I do about cover-ups in government, where mainstream media shows little interest and where employees, governed either by undue loyalty or fear, stand mute. And I rue a culture that celebrates extortionists who pretend to do good, but who, in truth, are more interested in feathering their own nests.

What does it all mean? Have we become so materialistic that we see nothing untoward in ex-Presidents using their former office to make fortunes giving speeches? The brave person who dares challenge the establishment in an attempt to right a wrong has been sullied by those whose desire for fame and money is paramount. It is the chance to win the lottery that has become the motivating factor in blowing the whistle. Perhaps I overstate the case, but I worry about the culture of a society that breeds such attitudes.

The views expressed on AustrianCenter.com are not necessarily those of the Austrian Economics Center.
hayek_admin2019-01-14T06:41:16+01:00