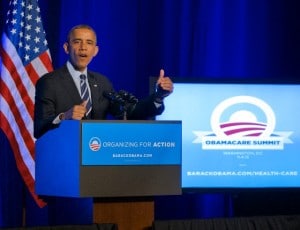 The S&P 500 Index closed at 805.22 the day Barack Obama was inaugurated as President. On Friday the Index closed at 1836.25, for a gain of 128% over the past five years, reflecting an annual compounded gain of 18%. Why, then, do so many, including me, feel his policies are bad for the economic well-being of the country?

Over the same time frame – the five years of the Obama Administration – the prices of other asset classes rose as well. Gold (a harbinger of concern) is up 55%, crude oil (which we have in abundance) has risen 164% and copper has doubled. The CBOE Index has more than doubled. Corporate bonds have done exceptionally well, with the yield on High Yield bonds being roughly one third what they were on January 20, 2009. Somewhat contradictorily, the yields on Treasury Bills are half of what they were when Mr. Obama took the oath of office in January 2008. The principal culprit for the rise in asset prices has been interest rates that have been kept exceptionally low by an accommodative Federal Reserve. The consequence is a schizophrenic market, with a mixture of worry and speculation manifested in the rise in the prices of stocks, high yield bonds, gold and oil, while risk aversion is also very much alive, reflected in the exceptionally low yields on short term Treasury Bills.

We all know, of course, that the economic recovery has been feeble and that federal debt is considerably higher than it was five years ago – $5 trillion (or 30%) more today than it was at the end of fiscal 2009. The biggest problem for the economy has been a lack of jobs. While the stated unemployment rate has declined, the more meaningful number, as it actually reflects people working, is the labor participation rate, which has declined from 65.7% in January 2009 to 63% in January 2014, according to the BLS. Each one percent reflects about 1.5 million workers. Average incomes are lower than they were before the recession began. Total employment, as mentioned above, has declined, and income and wealth gaps have widened.

Despite a plethora of Fed-drive quantitative easing programs, the yield on longer term Treasuries has risen, indicating that prices have fallen. For example the yield on the 30-Year Treasury has risen from 2.97% on January 20, 2009 to 3.71% today. At the same time, the dollar has declined 5.5% against a basket of currencies, meaning owners of bonds will be receiving less valuable dollars on maturity.

As for debt, low rates have encouraged borrowing. Individuals borrow so that they may enjoy today something they are willing to pay for over time, such as cars or a home. They also borrow for education on the expectation that such an investment will yield higher returns over time. Total student loan debt, at over $1 trillion, has now reached frightening levels. Credit card debt is also again becoming a concern. According to a study by the Corporation for Enterprise Development, 30% of Americans have more credit card debt than emergency savings. And the U.S. Department of Commerce said that the savings rate fell to 4.2% in November of last year. The assumption of more debt doesn’t square with Gallup’s Economic Confidence Index which is negative in all fifty states, suggesting concerns about the future.

Unsurprisingly, the poll is only positive in the District of Columbia – home to a bloated federal government bureaucracy and the thousands of lobbyists that serve it.

Businesses traditionally borrowed to invest in capital projects that are expected to produce higher returns. However, in recent years, as corporate management became more focused on option-based compensation than the longer term requirements of the business, companies have borrowed or used cash flow to repurchase stock, rather than investing in the business. According to LPL Financial, fifteen years ago companies spent more than 40% of available cash flow on capital investments. That had fallen to 25% by 2007, suggesting little confidence because of myriad regulations and high corporate taxes. Corporate debt during this time has been modest.

Government debt has been the biggest problem, though it has the advantage of being able to repay its obligations in a depreciated currency, which in fact it has done for decades. Historically, governments borrowed for capital projects – military equipment, highways, dams, etc. – and other opportunities like the acquisition of open-space, and to fund wars. The advent of entitlements has meant that government must carry on their books obligations for future services, limiting its ability to fund necessary infrastructure projects. Taking a page from the Keynesian playbook, the Obama Administration initiated and signed a $787 billion stimulus bill (the American Recovery and Reinvestment Act of 2009) in February 2009.

Regardless of its uses, debt represents an obligation that must be repaid; though rules, which protect debtors at the expense of creditors in the case of bankruptcy, have made borrowers less respectful toward their obligations. For example, the ill-treatment of General Motors creditors in 2009 indicated a violation of contract law.

Corporate earnings, as measured by the S&P 500, rebounded from their cyclical lows of $49.51 at the end of 2008 to $107.45 at the end of 2013. In part, that can be attributed to stock buybacks, but the more important component was a natural rebound. Earnings in 2008 had come down sharply from the $82.54 registered in 2007. Between 2007 and 2013, corporate earnings compounded annually at 4.49%, while stock valuations grew at 3.9%. The rise in earnings has not been accompanied by a concomitant rise in sales. Greater efficiencies, including cuts in employment, have helped drive earnings growth. “Ultra-low interest rates,” as James Grant wrote in his most recent publication, “constitute a standing invitation to substitute capital for labor…” Despite the rise in earnings, companies have been notably reluctant to invest; so that now about $1.5 trillion sits on corporate balance sheets, and another estimated $2 trillion sits overseas waiting to be repatriated should tax laws be remedied.

The rise in stock prices and the policies both proposed and undertaken by the Administration are unrelated. Timing is critical. Stocks had peaked in October 2007. A confluence of events: a recession that began in December 2007 that lasted until May 2009; a burgeoning credit crisis that began in 2007 and that risked becoming a full-fledged financial crisis in the fall of 2008, and stretched valuations. These factors caused the stock market to fall by 58% between October of ’07 and March of ‘09. By the time Mr. Obama took office, stocks, as measured by the S&P 500, were already down 49% from their peak. In fact, stocks were then 25% below where they had been ten years earlier.

Mr. Obama’s defenders give him credit for the economy exiting recession in the spring of 2009. But it is hard to argue that a stimulus package that passed Congress in mid-February would be responsible for a recovery than began three months later. Very little of the money – if any – had been spent by the time the recession ended. Likewise, the worst of the credit crisis occurred in September-November 2008. The TED spread, the difference between Three-month Treasury Bills and Three-month LIBOR and considered a measurement of banks’ willingness to lend, had reached an all-time high of 465 basis points in mid-

November. By the end of December, the spread had declined to a still-high 131 basis points. The credit crisis was largely resolved by the time Mr. Obama took the oath of office.

No one knows how much longer equity prices will move higher without a meaningful correction. While fundamentals, over time, determine prices, we have become an ADHD nation. Fifty years ago, when I entered the business, stocks were held an average of eight years. By 2010, the average stock was owned for five days. With High-Frequency trading platforms accounting for 70% of total trading volume, average holding periods have no doubt shrunk in the past four years. The worrying unknown is that with so many shares being traded by those who look only at symbols and price movements the possibility of much more volatile price movements has increased, as can be seen by looking at daily charts of stocks like BBBY and BBY. Nevertheless, market volatility, whether measured by the VIX or by days in which the market moves up or down by more than 1.5%, has receded. But markets can change quickly.

Mr. Obama sees government as an instrument for good, which in itself may be okay, but when taken to an extreme distorts equilibrium. Instead of relying on legislation, he chooses to issue executive orders. He has added virtual dictatorial powers to the Environmental Protection Agency; he has used the IRS for purposes of political intimidation; he lied about events in Benghazi because they did not accord with his campaign statements, and he has had his Attorney General urge state’s attorney generals to defy laws they personally feel are discriminatory. Where will such an aggrandizement of power stop?

What is missing in all that Mr. Obama has done is the provision of confidence. In increasing dependency, the Administration has destroyed the concept of personal responsibility, and responsibility and confidence are linked. We see a lack of c