Who Will Watch the Watchers? 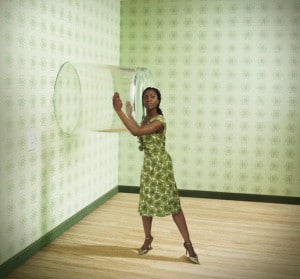 The title is borrowed from Edwin Fadiman’s 1970 book. But the concern it expresses goes back almost two thousand years to the Roman poet, Juvenal. He became known as the first to use the term, Quis custodiet ipros custodes? , which literally translated means who will watch the watchmen? But the meaning is the same. In a democracy, the watchers are supposed to be the people, aided by a press not beholden to any political party.

We live in an age of ubiquitous personal data, easily available and mined by government and business. We love the connectivity technology affords, but we are torn between a desire for privacy and a need to be protected. Edward Snowden claims that the pendulum had swung too far toward violations of privacy, so he broke the secrecy rules, ran off to Hong Kong and exposed the NSA’s Prism program on which he had been working while employed by Booz Allen in Hawaii. Civil disobedience has a long history in the United States, from the Bostonians who threw British tea into Boston Harbor, to Henry David Thoreau, to Martin Luther King. Thoreau once said: “If the machine of government is of such a nature that it requires you to be the agent of injustice to another, then, I say, break the law.”

But then there are those who claim civil disobedience, but in fact are motivated by hubris or politics, men like Daniel Ellsberg who published the “Pentagon Papers” in 1971 and ABC’s Sam Donaldson who in 2006 declared it a “sacred duty” to expose secret CIA prisons. Both men probably thought of themselves as modern-day Thoreaus. But, in my opinion, their motivations had baser elements. Mr. Ellsberg disagreed with the Vietnam War, while Mr. Donaldson simply did not like George Bush. Not everyone who disobeys our laws is a hero, no matter their claim. In which camp does Mr. Snowden fall? It is too early to tell, but I suspect he falls into the latter.

We live in an information age. Ninety-nine plus percent of Americans love their smart phones. Wikipedia estimates that there are 327 million cell phones in the U.S. and over six billion in the world. Estimates are that on average six calls are made per day and three to four times as many text messages. It is estimated that about 150 billion e-mails are sent each day. Instant messaging and twittering provide more fodder. Every YouTube video ever made resides somewhere in the blogosphere, as does every photo sent over the internet. Smart phones are used to call, text, locate the nearest Starbucks or determine the weather. Messages and calls travel wirelessly using some form of spectrum or broadband that some carrier has purchased from the government. We purchase goods and make payments this way. Two years ago, PEW Research estimated that the average young person received or sent 87.7 messages every day. Even those over the age of 65 were sending more than five messages a day. The numbers must be far higher today.

Consequently, our movements, calls and messages can be tracked, listened to and read. That knowledge is instinctive to anyone with a smart phone. “You have zero privacy. Get over it,” said Scott McNealy fourteen years ago. Despite the popularity of Lee Child’s hero, there are very few Jack Reacher’s out there.

The point being, because of technology and the human need to stay in touch, we live in a world that is far easier to monitor than ever before. Yet millions of Americans seemed oblivious to the traceability of their movements, calls, videos and messages. The disclosure by Edward Snowden about the workings of the National Security Agency’s (NSA’s) Prism Program sent sales of George Orwell’s 1984 soaring – up 5000% one day earlier this week. Millions of people, having forgotten or ignored Mr. McNealy’s admonition, are unreservedly sending text messages, photos and e-mails, data that would embarrass them in more sober moments. To them, Mr. Snowden’s divulgence served as a wake-up call; so, for many in the aftermath, the Fourth Amendment trumped safety.

The massive amount of data available means it is impossible for any organization to listen in on every call or read every message. The NSA must create sophisticated algorithms to mine this “metadata” in order to monitor possible terrorist activity. And the formulas must be constantly adjusted to account for new pieces of information. They must also always be on the alert to hacking activities, as the bad guys persistently attempt to block intrusive government monitoring programs. One can think of the Prism Program as a funnel with a very large conical mouth and a microscopic stem – ingesting the general, digesting and disgorging the granular. Wednesday, in testimony before the Senate, NSA chief, General Keith Alexander noted that billions of pieces of data resulted in only a few dozen pieces of information that would be studied carefully.

General Alexander claimed that a dozen or more terrorist plots had been prevented because of the surveillance. On the other hand, the Tsarnaev brothers escaped scrutiny. Was their slipping through the cracks, a result of political correctness, errors in the algorithms of the surveillance program, or was their non-detection proof that the NSA errs in favor of not being a Big Brother? A survey conducted by PEW Research, released on Monday, found that 56% of Americans approve the programs. Still, 41% of Americans found that tracking phone calls was an “unacceptable way” for government to investigate terrorists. How, then, should it be done?

We all know that the data exists. We all know that our messages, calls, movements and purchases are captured by some entity. Every time I go on Amazon, a message pops up welcoming me back and making suggestions based on past purchases. This happens to us all and is repeated millions of times every day. What concerns people is what is done with the data. How is it used? Is it sold? Can it be compromised? Virtually every business is dependent on data transmission, from buying gasoline, to the entire banking system to the deployment of nuclear missiles. Cybersecurity is a real and present danger.

When James Clapper, the National Director of Intelligence, appeared before the Senate last March he was asked if the NSA collects any data at all on millions of Americans. He answered unequivocally that they did not. He lied. Should he be prosecuted for perjury, or was he simply safeguarding a program designed to protect Americans from terrorists? In my opinion the question was designed to elicit a lie. One would have had to have lived in a cave for the last two decades to believe that such data was not being collected. The real question is how is it used?

We live in a politically correct, multicultural environment, one that is supported by mainstream media. In his acceptance of the Bradley Prize last week, Roger Ailes – a notable, non-mainstream media executive – said America is losing its historic literacy. Sixty percent of seniors among the nation’s top colleges could not place the Civil War in the correct half of the 19 th Century! Ideas, in this milieu, don’t count for diversity. Diversity, according to the politically correct, can only be determined by one’s gender or the color of one’s skin, not by the ideas one expresses. It is impossible for “historical illiterates” to put into perspective the disclosures of Mr. Snowden, or to consider what he said in a broader context.

At the heart of the controversy, however, is trust. How can we trust a government that used IRS audits for political gains and the Department of Justice to penetrate press activities for the same purposes? How do we trust a government that lied
about the events in Benghazi? Who will watch the watchers? How can we find a consensus when the two Parties are so far apart that landmark legislation like ObamaCare and Dodd-Frank were passed without a single opposition vote? Two PEW Research Center polls regarding the NSA’s tracking methods are telling – one conducted in 2006, the other last week. In both cases, people marginally approved the methods. But in 2006, Republicans overwhelmingly supported the program. Democrats did not. In 2013, we saw the reverse. If half the country does not trust the other half and if nobody trusts government, we have a problem, as President Obama noted a week ago. Yes, Mr. President we do have a problem, and a search for the reason should put you before a mirror. There are others who are responsible, but you are the President. Campaigning when you are not up for re-election, demonizing your opponents and acting unilaterally has not helped.

Restoration of trust will have to wait for the next President, if then.

This memorandum has been prepared as a matter of general information. The accuracy of the material submitted, though obtained from sources believed reliable, is not guaranteed by us and may not be complete. The opinions and estimates expressed in this memorandum accurately reflect the personal view(s) of the analyst(s) covering the subject securities on the original date the memorandum was issued, but are subject to change without notice. Analyst compensation at our firm is not directly related to any specific recommendation or views contained in this research. The analyst, officers and employees of this firm may at times have a position in the securities mentioned herein.

The views expressed on AustrianCenter.com are not necessarily those of the Austrian Economics Center.
hayek_admin2019-01-14T06:45:38+01:00