Who's Afraid of the Workers' Revolution? 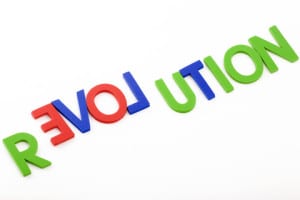 It’s finally happening: the backlash against the most impressive features of digital-age economics. I’ve been waiting for this for years, knowing that we can’t smoothly travel from the old world of command and control to the new world of personal sovereignty without engaging in the intellectual argument.

What’s been missing until recently has been the framework these arguments would take. That’s now becoming clearer. The opponents of markets just can’t reconcile themselves to embracing the very thing they have supposedly advocated for generations: popular empowerment.

The technological upheaval of the last decade has given rise to a wonderful restructuring of some major aspects of economic life. The most impressive fall under the label of the “sharing economy” or the “peer-to-peer (P2P) economy.” They represent an implausible form of egalitarianism, rightly understood: everyone has access to and controls the means of production. It seems like a socialist dream, except that it is being realized through private property, entrepreneurship, and the universalization of the commercial spirit.

The new ventures are characterized by democratic access, so that anyone with an Internet connection can be involved.

The most prominent examples are ride sharing, peer-to-peer lending, privatized urban taxi services, temporary housing solutions, house cleaning services, technical service providers, cryptocurrency, the maker movement of 3-D printing, and so on. They connect producers with consumers directly in a two-way street through clever digital-interface solutions, most of which have been invented by young, non-establishment code slingers who are thinking their way out of the status quo. This whole approach might be considered a very advanced stage of capitalism in which third parties exercise ever-less power over who can and cannot participate.

Who could possibly be against such innovations? The answer is rather obvious: entrenched economic interests who stand to lose their old-world, government-regulated, and government-protected monopolies. Municipal taxi services, for example, feel deeply threatened by services such as Uber, Lyft, and Sidecar, which allow anyone to become a transportation service provider. The established monopolies are lobbying governments to crack down and are experiencing some modicum of success.

San Francisco’s district attorney has sent threatening letters to companies that have vastly improved transportation, warning that they must make major changes in their business models. This reaction, he assured the public, is not because he is against innovation and consumer service. Rather, as a public servant, he is charged with making “sure the safety and well-being of consumers are adequately protected” — as if we are supposed to believe that the companies that give people rides are less interested than the government is in consumer safety.

As it turns out, these services are increasing safety. They make it easy for people who are too drunk to drive to click a button on their smartphones and get a ride home safely. Following two years in which DUI arrests increased 10 percent each year, they have fallen by 14 percent this year. The LA Weekly speculates that this drop is because of these ride-sharing services, which are used often late at night in locations with bars and clubs. All my conversations with Uber drivers seem to confirm this hunch. The taxi monopolies might have provided such efficient services, but without competition, the motivation for progress evaporates.

Similarly, we might expect the hotel industry, which is forced to pay high taxes and to comply with vast regulations, to grumble about room-sharing services such as Airbnb, which bear no such costs. Individuals with an extra room in their house or apartment can charge less, often far less, than established players in the industry.

So too might bankers be annoyed by peer-to-peer lending services. Central banks are agitated by the rise of Bitcoin. This reaction is pure economic interest at work against innovations that threaten their competitive advantage of the status quo.

This response is exactly what we would expect in any period of disruption caused by economic innovation. Cronies don’t like being unseated from their positions of power.

But what about ideological opposition? Here is where matters get strange. The opponents of capitalism have, for more than a century, complained about the power that capital has over labor, all based on the idea that labor is being denied an ownership stake in the enterprise and some direct share in the company’s profits. They have said this is exploitation. They have advocated a system in which the power that belongs to capital is transferred to labor.

Socialists are getting what they wanted

Well, this shift is precisely what seems to be taking place — not through socialist upheaval or policy mandates but through the advancement of markets themselves. Economic productivity and exchange are increasingly happening peer to peer, thanks to technological innovations.

Do we find the opponents of traditional capitalism now celebrating? Far from it. Apparently you can’t make these people happy.

I offer as evidence a viral piece that appeared on the site Jacobinmag.com, the digital version of the magazine Jacobin, which describes itself as “a leading voice of the American left, offering socialist perspectives on politics, economics, and culture.” The New York Times has praised this publication as “an improbable hit, buoyed by the radical stirrings of the Occupy movement.”

In short, this publication is something of a harbinger of antimarket opinion. And given its popularity, it seems to speak for a sector of opinion that is intractably opposed to all forms of market action. So what does this publication say about the sharing economy?

“Uber is part of a new wave of corporations that make up what’s called the ‘sharing economy,’” writes Avi Asher-Schapiro in the strangely titled article “Against Sharing.”

“The premise is seductive in its simplicity: people have skills, and customers want services. Silicon Valley plays matchmaker, churning out apps that pair workers with work. Now, anyone can rent out an apartment with AirBnB, become a cabbie through Uber, or clean houses using Homejoy.”

So far, so good. But then the writer dives deep into the ideological thicket: “under the guise of innovation and progress, companies are stripping away worker protections, pushing down wages, and flouting government regulations.”

Hold on there. By “worker protections,” the writer probably means mandates on corporations to provide various benefits to workers, including healthcare. These rules might seem to help workers, but actually they promote dependency and increase corporate power by locking workers into jobs that they fear leaving. Such mandates reduce rather than increase labor mobility.

As for pushing down wages, about whose wages are we talking? Such innovations might indeed reduce wages among the established players. This outcome is why labor unions hate them. But the producers under this new technology are new players in the market, and it is rather obvious that their wages are increasing relative to what they would be otherwise, else they would not have signed up to play.

Moreover, there is the inescapable matter of supply and demand. More drivers providing the same service at the same quantity demanded does indeed mean lower fares. The socialist who complains that market competition leads to lower wages for some is vexed when an entrenched elite gets marginally less. But the same socialist is completely indifferent to the grim reality of coerced monopolies: they unjustly force the masses of consumers to pay more. Using the force of government to funnel scarce resources to a politically protected few does not constitute an improvement in the social order.

And as for “flouting government regulations,” to the extent such regulations stop progress, rob consumers, and reduce competition, this would seem to be a good thing. Flouting government is something that socialists once prided themselves in doing and favoring. How far they have fallen since the New Deal, when the left made its peace with the regimented corporate state.

So far, the writer is just engaged in the usual agitprop. But he does introduce one very interesting argument.

“At its core,” he writes, “the sharing economy is a scheme to shift risk from companies to workers.”