Why do smart people still choose Keynes over Hayek? 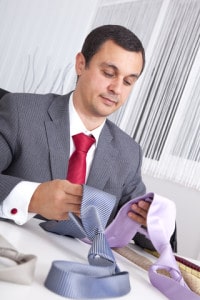 Looking back over the last few years you have to ask how intelligent people, examining the evidence, can still choose Keynes over Hayek

On October 17th a group of concerned economists wrote to the Times. The current economic woes, they wrote, were down to insufficient spending/increased saving. “[W]hen a man economizes in consumption”, they argued, “and lets the fruit of his economy pile up in bank balances or even in the purchase of existing securities, the released real resources do not find a new home waiting for them.” Crucially, “In present conditions their entry into investment is blocked by lack of confidence.” The government should step in and spend to make up the shortfall they said.

On October 19th another group of economists replied with their own letter to the Times. They believed that the cause of the economic problems was monetary mismanagement which had created “a deficiency of investment-a depression of the industries making for capital extension, &c., rather than of the industries making directly for consumption.” They argued for the necessity of increased saving to readjust this and explicitly rejected any role for government spending, writing that “many of the troubles of the world at the present time are due to imprudent borrowing and spending on the part of the public authorities.”

But this was October 1932 and the letters were written by John Maynard Keynes and Friedrich von Hayek. It says much about the essentially static nature of economic knowledge that an 80 year old debate remains so compelling today that it continues to inspire radio shows, debates, books, and even rap-offs.

Keynes’s economics, in a nutshell, argues that of the two components of ‘effective demand’, consumption and investment, investment is prone to volatile swings. As Keynes put it, investment spending was reduced when their expected payoff, the Marginal Productivity of Capital, dipped below the cost of financing them, the interest rate.

Why might this happen? “Animal spirits” was Keynes’ answer; “Don’t ask me guv” in other words. Whatever it was that tipped investors from optimism into effective demand-sapping pessimism is exogenous to the model; it cannot be accounted for by it.

Either way, the policy prescriptions of the Keynesian model are obvious. Financing costs must be held down with low interest rates and the Marginal Productivity of Capital must be underwritten by a government guarantee to purchase, with deficit spending if need be, whatever output industry might produce. Low interest rates and deficit spending. That is the Keynesian prescription for prosperity.

Hayek’s theory is very different. For Hayek, when low interest rates cause an expansion of credit, this credit flows into some parts of the economy before others. This blows up bubbles in the affected part of the economy, be it in housing, internet stocks, or tulips.

At some point, Hayek argues, the inflationary effect of this credit expansion overwhelms any wealth effect and interest rates begin to rise. With no further credit available to purchase the bubble assets the prices of these assets and their attendant industries collapse. This is the bust.

A major difference between Hayek’s theory and Keynes’s is that for Hayek the bust as well as the boom is endogenous to the model, it is explained by it. The bust isn’t caused by “animal spirits” switching inexplicably out of the clear blue sky, but by the predictable outcome of actions undertaken in the boom.

As Hayek’s model is radically different from Keynes’s, radically different prescriptions follow from it. Viewing the cycle as a whole Hayek believed that preventing a future bust was as important as fighting the current one and he proposed measures to limit the ability of banks to swell credit, his favoured solution being competing currency issue by banks.

More immediately, Hayek argued that as the bubble assets and attendant industries had been pumped up by unsustainable injections of inflationary credit, they could only be liquidated; any attempt to preserve their value would only prolong the bust or, as bad, set another cycle in motion. Sound money and non-intervention was the prescription of Hayek and his fellow Austrian Schoolers.

Looking back over the last few years you have to ask how intelligent people, examining the evidence, can still choose Keynes over Hayek. In both Britain and America we had monetary policy makers working to keep financing costs down with low interest rates. We had governments running budget deficits and applying fiscal stimulus to economies which were already growing. We followed the Keynesian prescription for prosperity and we still ended up with a bust – a bust which Hayekians, with their superior model, saw coming.

The answer lies in the prescriptions. Keynes, with his cheap credit and shower of borrowed money, is a pleasant prospect. Indeed, Paul Krugman, one of the most uncompromising modern Keynesians, believes that “Ending the depression should be incredibly easy”, all we need is cheaper credit and more borrowing. Just, in fact, what we had going into the crisis.

Hayek, on the other hand, offers a more painful prospect. As his mentor Ludwig von Mises put it:

“There is no means of avoiding the final collapse of a boom brought about by credit expansion. The alternative is only whether the crisis should come sooner as the result of a voluntary abandonment of further credit expansion, or later as a final and total catastrophe of the currency system involved”

Which of these vistas would you prefer to gaze upon?

But these theories should be judged not on how warm and fuzzy they make us feel but on how accurate they are. On that score Hayek wins hands down yet some still cling doggedly to Keynes. It’s for the same reason the aunt who gives you chocolates is preferred to the aunt who makes you do your homework.

The views expressed on AustrianCenter.com are not necessarily those of the Austrian Economics Center.
hayek_admin2014-03-11T09:49:36+01:00