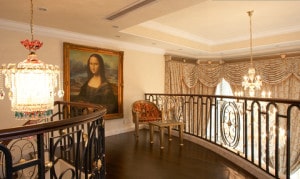 The rapid economic growth, coupled with the rise of capitalism, is the source of the wealth of our society. However, this fact is often overshadowed by the perpetual discussions about inequality and wealth differences. Therefore it was rewarding to see, that the lecture attracted broad audience, which practically filled auditorium, and to witness subsequent fruitful debate.

Dalibor Roháč is academic and researcher of leading worldwide recognized economic think tank CATO Institute (Washington DC, U.S.). He is member of Center for Global Liberty and Prosperity, active as an Economics Fellow in the oldest London think-tank Institute of Economic Affairs, worked at the office of the President of Czech Republic, he is active researcher in Brussels’ Centre for the New Europe and used to be active at the Oxford University.

Duncan J. Watts, former principal research scientist at Yahoo and a physicist-turned-sociologist, asks the following question in his book, Everything Is Obvious Once You Know the Answer. Why is Mona Lisa the most famous painting in the world? Perhaps it is because of the mystery surrounding the identity of the subject, her enigmatic expression, the composition of the painting, or simply because it was painted by da Vinci. But such reasoning can easily become circular. Because we already know that Mona Lisa is famous, our explanations will focus on features that make Mona Lisa distinctly Mona Lisa-like.

When economists try to explain economic growth, they behave like art historians, as they attempt to explain Mona Lisa’s rise to prominence by its intrinsic attributes. Hence, possible explanations for the rise of the Western world usually revolve around its various characteristics: its geography, its endowment with resources such as coal and iron, its empires, Protestant ethics, or its peculiar political institutions.

If we believe that incentives matter for economic outcomes, we will expect rules that reward predation, theft or slavery to lead to worse outcomes than those which reward productive entrepreneurship and innovation. While the institutionalist account of development is convincing, it does not answer all of the questions.

What leads bad institutions to be replaced by good ones? The weakest element of institutionalist explanations of economic growth is that they lack a real theory of institutional change. Take the influential work by Acemoglu and Robinson as an example. Besides describing the self-reinforcing tendencies of ‘extractive’ and ‘inclusive’ institutions, they also recognize that countries can embark on different institutional paths in moments Acemoglu and Robinson call “critical junctures.” In other words, there are moments in history, when bad institutions can be turned around, and vice versa. Such moments include the American Revolution, the Glorious Revolution in England, or the Black Death in Europe. One would also think of aftermath the Rwandan genocide or the fall of communism in Eastern Europe, which both created a window of opportunity for irreversible decisions about institutional development.

Similarly, Mona Lisa hadn’t been a particularly acclaimed painting until it was famously stolen from the Louvre in 1911. The theft can be seen as a “critical juncture” in the life of the painting.

The views expressed on AustrianCenter.com are not necessarily those of the Austrian Economics Center.
hayek_admin2019-01-14T06:17:14+01:00